Speaking first to a press conference of student journalists and outside media outlets, Rather underscored the importance of "boots on the ground" reporting and physically witnesses history in the making while covering the news. 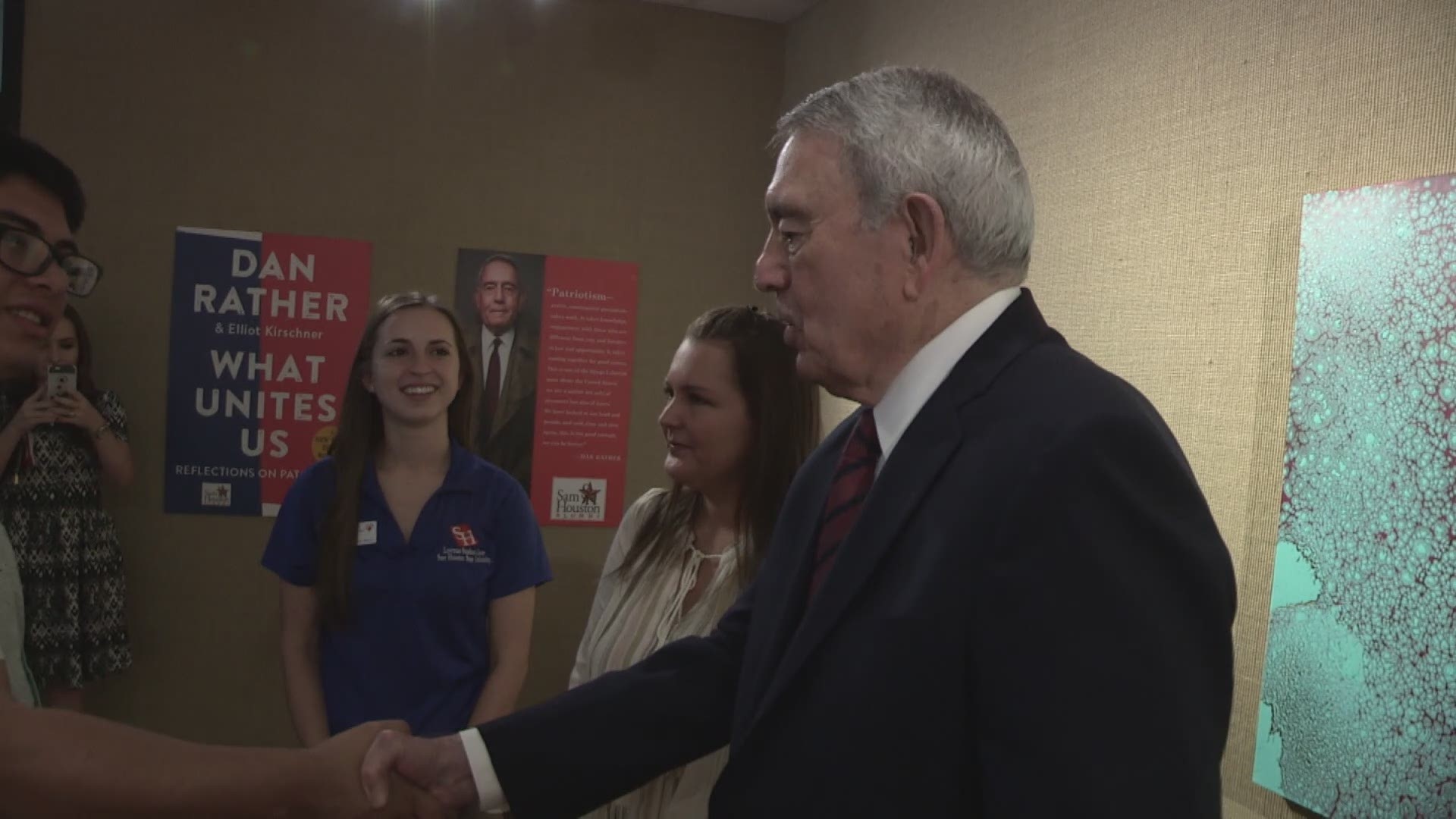 Dan Rather, a journalism icon and former CBS Evening News Anchor, spoke at his alma mater, Sam Houston State University in Huntsville, Thursday. He delivered remarks at the school's performing arts center on his new book, What Unites Us, and gave his reactions to the current political situation.

“[Today’s] media landscape is so wide broad,” Rather said. “It places a greater burden on news consumers to say ‘from where am I going to get my news? Who is trying to be an honest broker of information?’”

Speaking first to a press conference of student journalists and outside media outlets, Rather underscored the importance of “boots on the ground” reporting and physically witnesses history in the making while covering the news.

He also discusses the challenges facing today’s reporters, comparing them to the challenges he faced reporting first for radio and television when it was in its infancy.

“Do we prioritize power, privilege, and money? Or, Justice?,” he asked. “This has been the great ongoing battle and its still a battle endured today.”

On President Trump, Rather showed his characteristic candor, something he implored others to have when frequently signing off with “courage” on the CBS Evening News.

“I don’t disagree with President Trump on everything he does,” Rather began. “But when this or any other president takes the position that the press are- quote- enemies of the people. It leads me to believe this is a perilous time.”

Rather made sure to instill one final lesson, paraphrasing Edward R Murrow on the importance of using mass media (television, radio, the internet) for good, substantive reporting.

“When used for those purposes [television] can be a great and valuable weapon in the battle against ignorance, intolerance, and injustice. But, said Murrow it can be that only if we used it for those purposes… otherwise it’s just 'wires and lights in a box,'” Rather added. “So it is with the internet.”