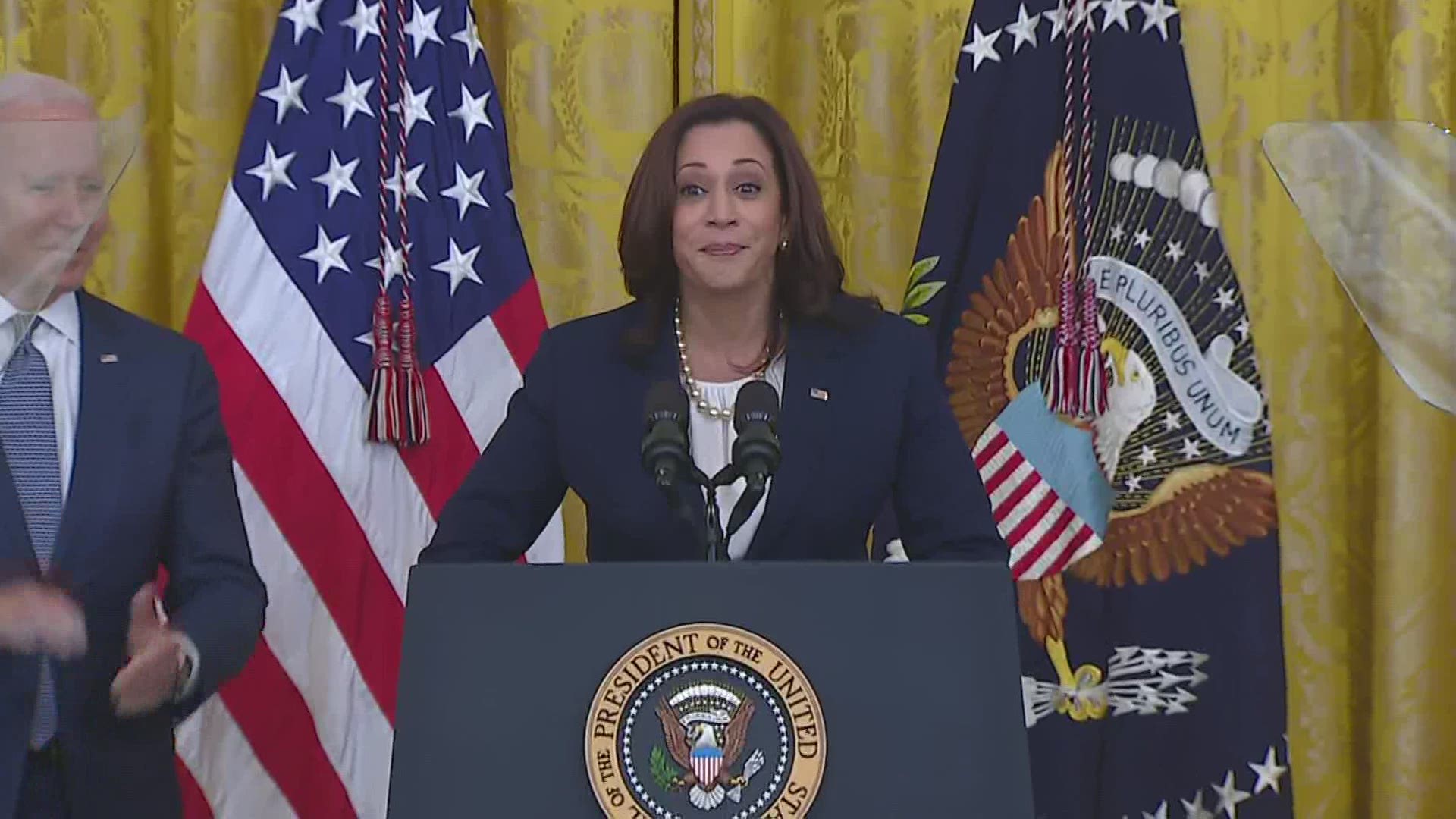 BRAZOS COUNTY, Texas — Brazos Valley residents of all backgrounds are going out this weekend to commemorate Juneteenth, a national holiday that celebrates the emancipation of Texas slaves in 1865.

The City of Hearne is hosting Juneteenth Freedom fest Saturday as part of their local observation of the new federal holiday. The event is set to take place from 10 a.m. to 6 p.m. in Downtown Hearne at the corner of Magnolia and 4th street.

The free event will include multiple vendors, food providers and more. The event is sponsored by the Hearne Chamber of Commerce and the City of Hearne.

The Brazos Valley African American Museum, which has in the past hosted exhibits on Black culture, art and history, will be opening its museum doors with free admission to its most recent addition, Waterways.

The Waterways exhibit comes from the Smithsonian Institute in Washington D.C. The exhibit now stands at the Brazos Valley African American museum until the end of July.

The Brazos Valley African American Heritage and Cultural Society is hosting their Brazos Valley Juneteenth Parade & Blues Festival this weekend. Kicking off at 10 a.m. at 1401 West Martin Luther King Jr. Stree, the parade will head toward Sadie Thomas Memorial park where more festivities will be held.

The celebration is capped off with Blues Fest, a concert from 6:30 to 930 p.m. at the Palace Theater in Historic Downtown Bryan.

For more information, contact the African American Heritage and Cultural Society at 979-229-2986

Juneteenth Celebration: "I am Somebody"

The Carver Kemp Neighborhood Association is overseeing their own Juneteenth celebration. "I am Somebody" is the theme of the association's celebration, a nod to Reverend Jesse Jackson's 1963 speech.

The event is set to take place at Hope's Crossing on Martin Luther King, Jr. Street in Bryan starting at 10 a.m. The event will have free BBQ served to the public which includes brisket, chicken, sausage and more. Gumbo will also be served.

On top of the food contributions, bounce houses, a DJ and tents to protect visitors from the unquestionable heat will also be available throughout the event.

The Red Cross, City of Bryan and other organizations are helping sponsor this event. Ray Arrington, President of the Carver Kemp Neighborhood Association said he appreciates the support from the local community and wants the message, "I am Somebody," to serve as a reminder to the Black community that they belong.

"You can be proud to be a Black person," Arrington said. "There is no disgrace in being Black."

Though the Juneteenth event is a celebration for the community, Arrington said the day should serve as a reminder of how important history is, particularly in the Black community.

"You can't go forward if you don't know where you came from," he said.

The event is free to the public and food will be served first come first served.