Staff at Union 15 are hopeful the governor's new $1500 hiring incentive will bring new employees. But they're not convinced those people will stay. 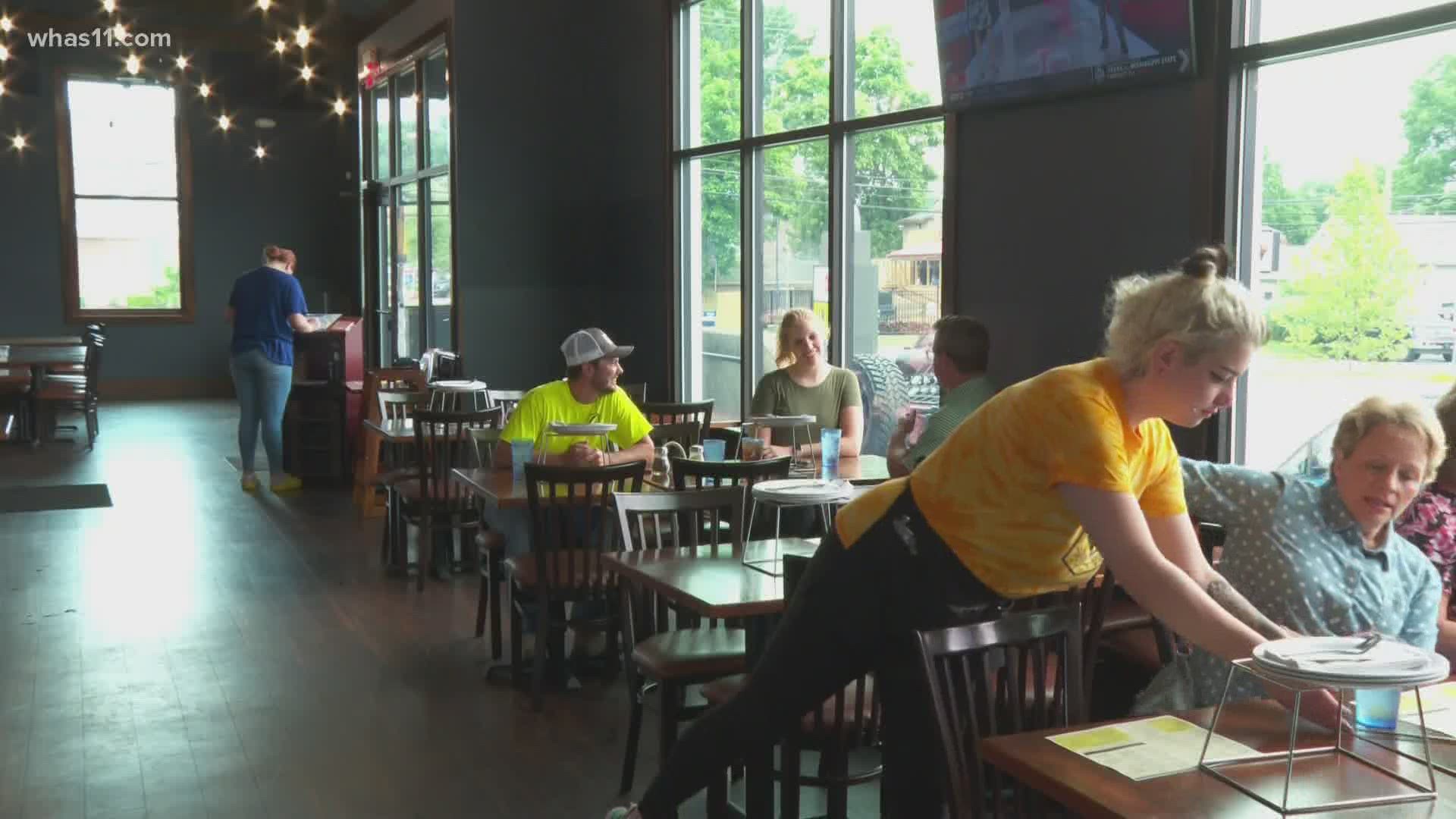 LOUISVILLE, Ky. — Thursday, Gov. Andy Beshear announced a new $1500 incentive aimed at getting unemployed Kentuckians back to work. For those who already are, the program comes a little too late.

"What brought me here is I was on unemployment and I got caught in the Kentucky loop,” Union 15 kitchen manager Phillip Hess said.

After months trying to navigate the unemployment system and getting nowhere, Hess, a restaurant veteran, found himself back in the workforce, where he'd always wanted to be.

“I'm not one of those people who likes to sit at home all the time. I needed to go back to work,” Hess said.

Union 15 near Iroquois Park was one of the many restaurants struggling with staffing during the pandemic. Hess and others took home $500 bonuses to join the team, a similar incentive to the one now being offered by the state.

"It's about money and everybody wants money, everybody is looking for a way to get more money,” Union 15 manager Marla Banks said.

Beshear announced Thursday the first 15,000 Kentuckians to get a job in the state would also take home $1,500.

Laborers Local 576 President Cornelius Cotton, who's experiencing his own worker shortages, said he hopes the money will be enough to inspire skilled workers to start a new career.

“It's a start," Cotton said. "And that $1500 could be the moving point to help somebody make it back out here."

In the restaurant industry though, Hess said the changes need to come on every paycheck.

"I've said for a long time that we can't afford to live like that,” Hess said.

The staff at Union 15 is optimistic the cash will get people in the door, but the question remains how long they'll stick around.

“I think it’s going to help get people back on their feet working, but I don't know if it's going to keep people working,” Banks said.

Union 15 is continuing to offer their own incentives to get people back to work.