Body cam footage from four Kingsville police officers shows the moments officers broke through a window on the first floor to find the woman. 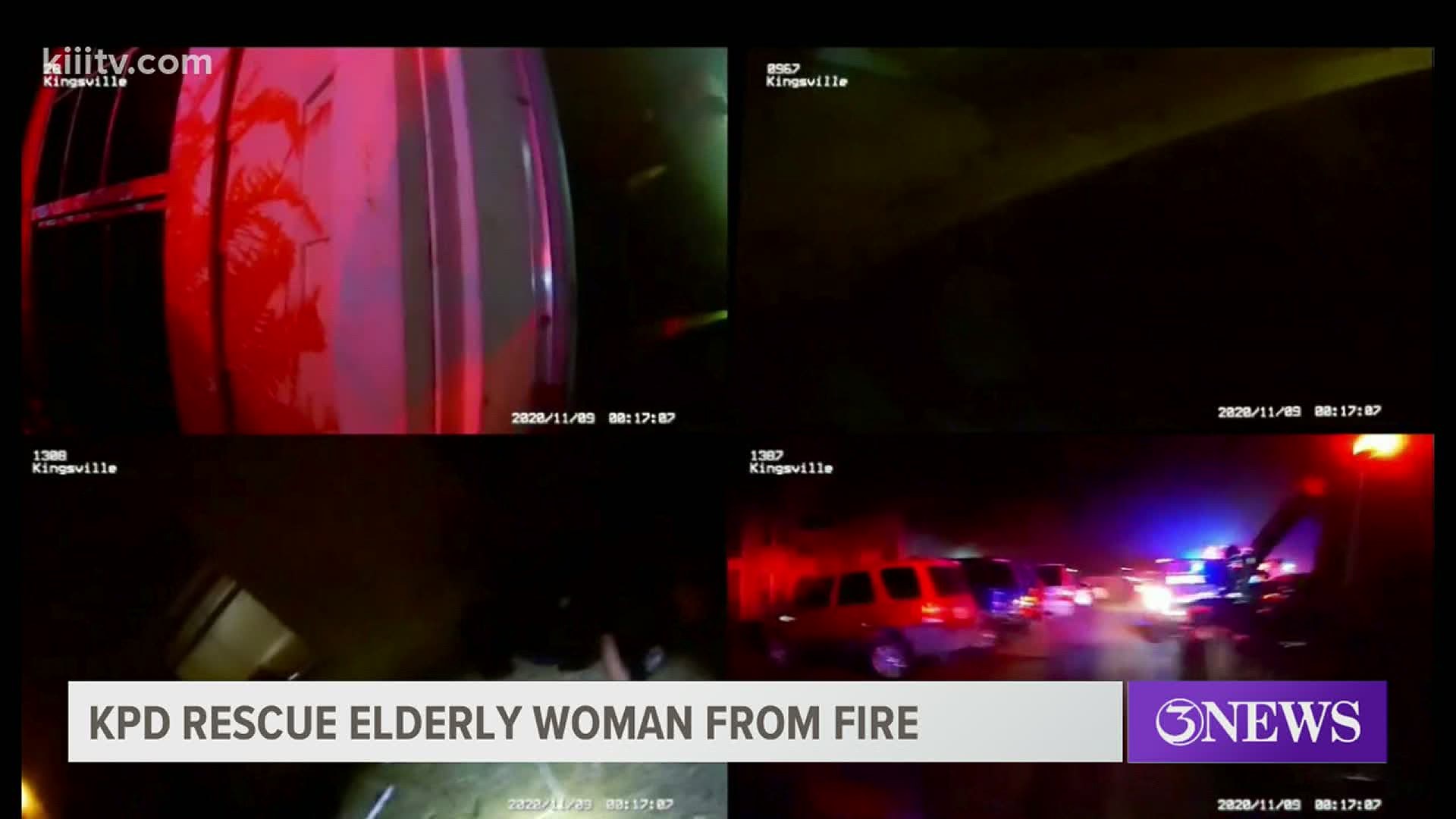 KINGSVILLE, Texas — On November 9, the Kingsville Police Department was called out to a fire at the King's Crossings Apartments in Kingsville just after midnight. Police say an elderly woman made the call and said she was trapped inside of the building. Watch the full video here.

Body cam footage from four Kingsville police officers show the moments officers broke through a window on the first floor to find the woman. It wasn't that easy, however. Police say some drawers were blocking the way out.

That's when Officer Brown climbed into the room, through the broken window, to move the drawers out of the way. In the video, a blaze can be seen coming from the kitchen as officers help make the escape.

Police say Officer Martinez removed his bullet proof vest and placed it over the broken window as the woman is pulled out of the fire.

After the rescue, Officer Brown is seen exiting the building and falling to the floor, gasping for air, after inhaling large amounts of smoke. 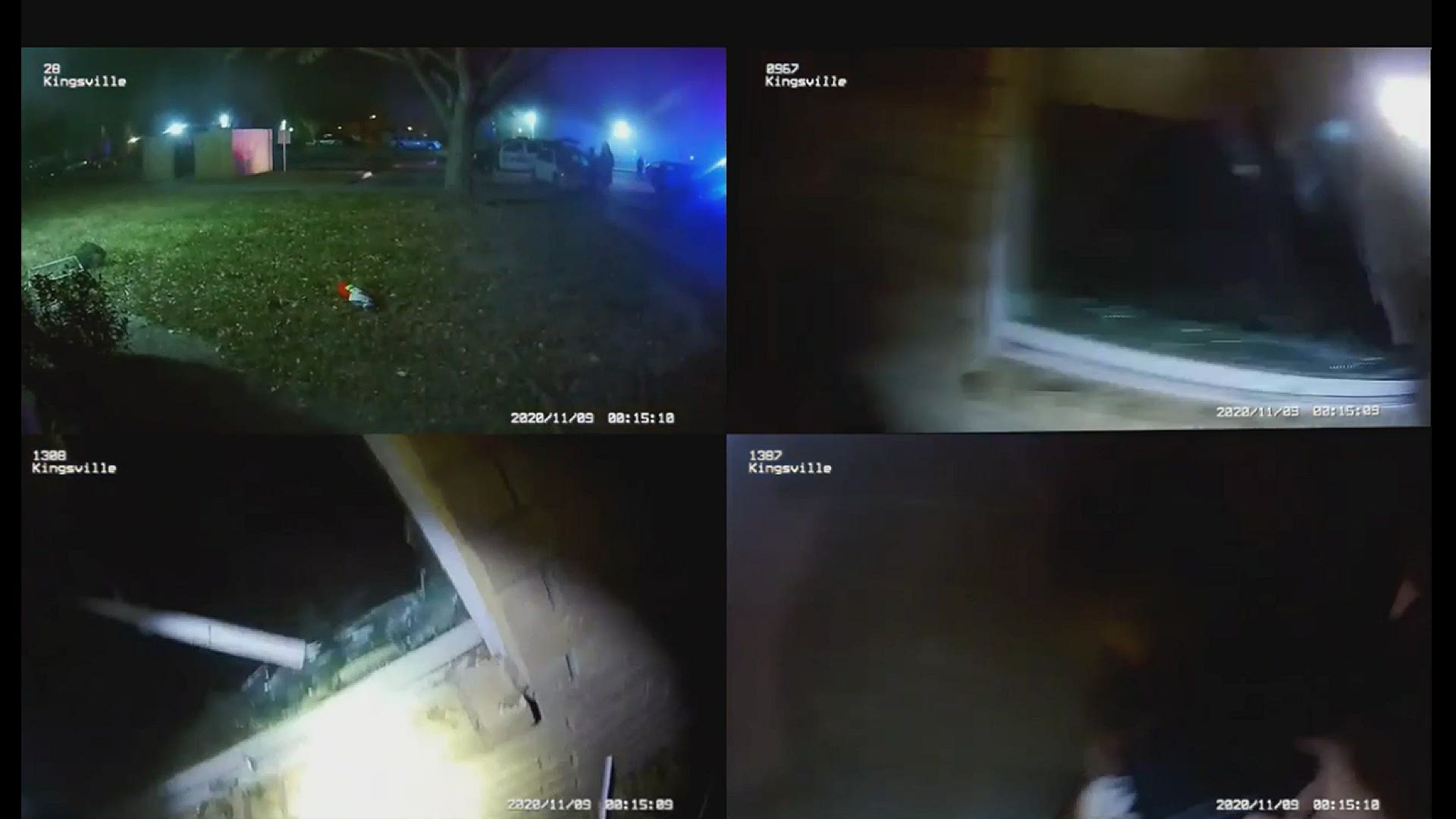 “I commend the outstanding team work by the three telecommunicators Jose “Ricky” Chapa on PD, Marcus Munoz on FD and Allyssa Orr for their part in in taking the 911 call and quickly dispatching responders to the house fire as well as helping the female in the residence stay calm so responders could assist her," Kingsville Police Chief Ricardo Torres said.

"The teamwork exhibited by Lt. Aleman, in knocking down the fire, Ptlm Brown, Ptlm. Martinez, and Ptlm. Garcia in extracting the female and Ptlm. Avalos in notifying other residents of the fire is in keeping with the tradition of honor, valor, duty and service to the citizens of our community!"