The underdog story is rebooting again as a Disney+ series. 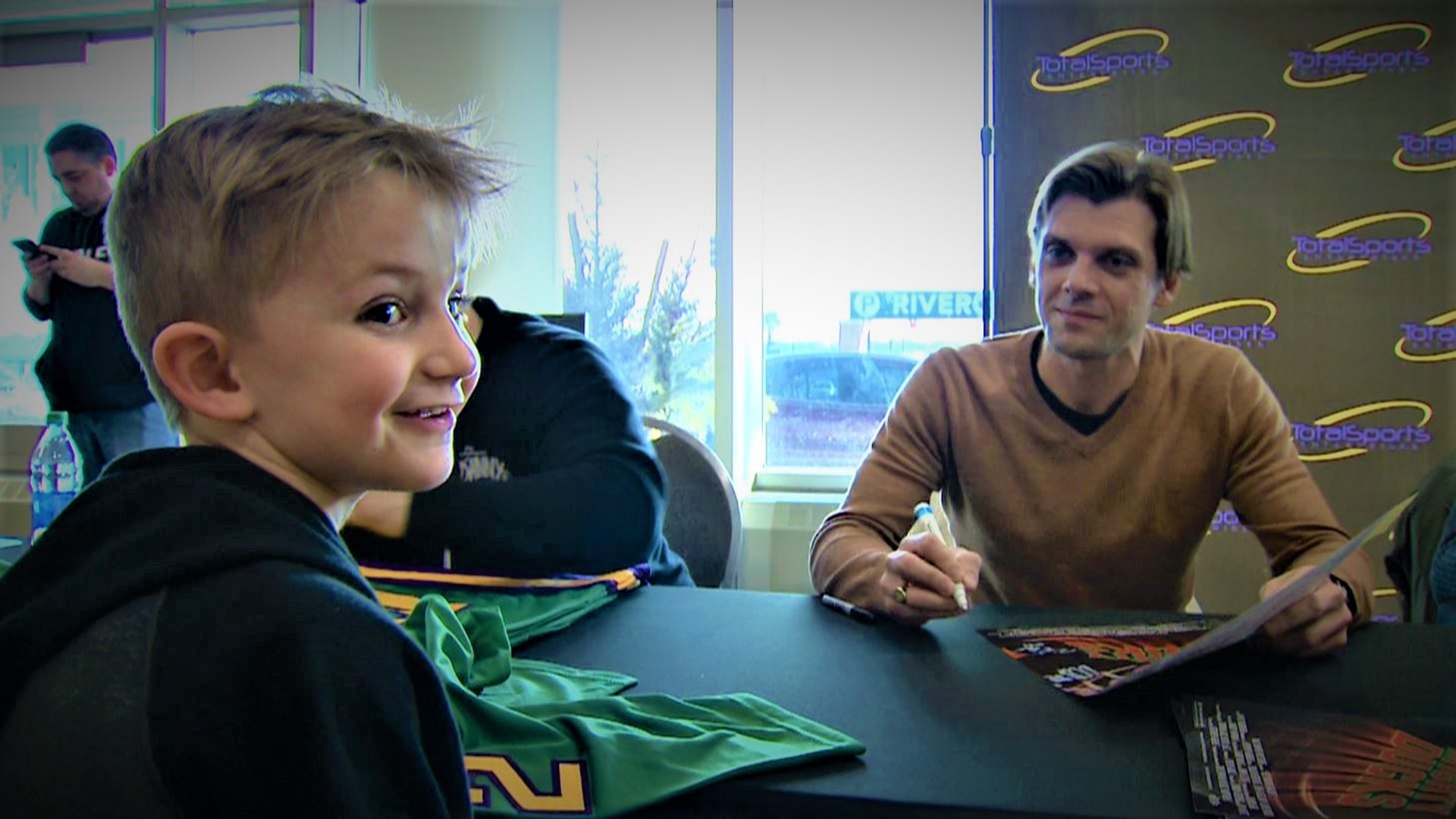 In the fall of 1991, Disney began filming in the Twin Cities what would become the first of three Mighty Ducks movies.

Thirty years later, the franchise is getting a reboot as The Mighty Ducks: Game Changers, a series scheduled to begin on March 26 on the Disney+ streaming service.

Yet for Amber Andrist, there’s no replacing the original.

“I'm not kidding, at least 500 times I've seen the movie,” the Mazeppa resident said. “I can quote the whole thing. Two and three are good, but the first one is my all-time favorite movie.”

Days before COVID-19 shut down most events, Andrist drove her daughters Alexis, 8, and Letty, 3, to the Let’s Play Hockey Expo in St. Paul for an autograph session with several of the former child actors from The Mighty Ducks.

Ethan Comer was there, too, with his mom. The 5-year-old locked eyes on actor Vincent LaRusso, who was signing autographs across a table.

“Is he really the real Adam Banks?” a wide-eyed Ethan asked.

“From the real Mighty Ducks movie,” Vincent assured him. “It's been a couple years, I'm getting old.”

LaRusso isn’t surprised the Ducks franchise has endured to find a new generation of fans.

“I think people love underdog stories, and I think this was just a really well told underdog story,” he said.

An early scene in the first film depicts the characters’ shaky skating skills. It wasn’t far from the truth. Many of the Ducks’ child actors had never been on skates when they were chosen for their roles.

“They sent us to a hockey camp for four weeks and this crash course, every day we were skating,” Garette Henson, who played Guy Germaine, said.

A taste was all they needed.

“We would break for lunch and just play pickup hockey. The camera operator would just throw on his skates and we’d just push the camera and equipment aside and play for 45 minutes,” Henson continued. "There was always that like joyful feeling around."

Jane Plank, who played Tammy Duncan, was the exception. “I was maybe born in ice skates,” she joked. “I grew up in Golden Valley. So, I was the only one on the team from Minnesota.”

Credit: Devin Krinke, KARE
Matt Doherty, left, and Jane Plank, who played Averman and Tammy Duncan in the first Mighty Ducks film. Doherty continued his role as the wise-cracking Averman throughout the trilogy.

“As a 9, 10-year-old kid from New Jersey, I was just like how do people do this?” Danny Tamberelli, who played Tommy Duncan, said.

Henson nodded in agreement. “I was coming from California, so I didn't know that cold could hurt,” he said.

Matt Doherty, who played wisecracking Averman in all three Ducks films, said he and his young co-stars couldn’t begin to grasp the cultural significance of the first film, which would later lend its name to an NHL franchise.

“I don't think we knew we were making Mighty Ducks,” Doherty said.

At the time, he was more impressed with the perks of being part of a movie cast. “It was like, ‘They're giving me a breakfast burrito,’ you know what I mean.”

"It really is an honor to be a part of a film that has had that lasting power," Henson said.

Henson, Tamberelli and Doherty all continued playing hockey after learning to skate for the movie.

“I play beer league hockey on Wednesday nights,” Doherty said. He smiled, then added, “and, like, probably the only reason I'm on the team is because I'm a Duck.”