Earl Gray believes it is the county attorney's responsibility to make sure any DWI's are dealt with and do not repeat itself. 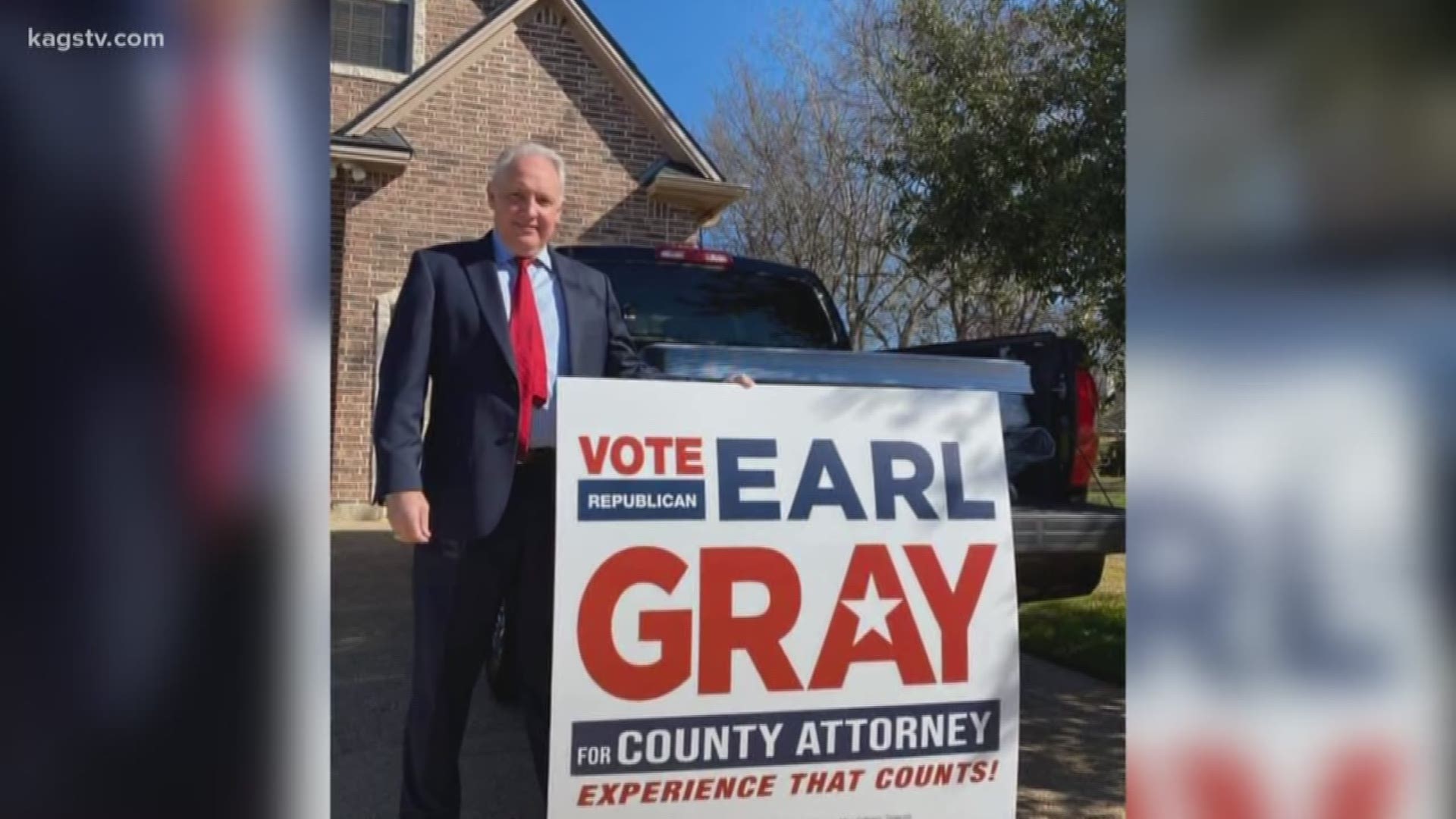 BRYAN, Texas — Earl Gray is hoping to be the next Brazos County Attorney. He believes his experience and knowledge practicing law makes him the right fit.

"(I've) worked on both sides of the courtroom," said Gray. "I've been a defense attorney, as well as a prosecutor. I used to work in the District Attorney's Office for several years under Bill Turner."

Gray is a graduate from Texas A&M University with a degree in Business. He later earned his Law degree and doctorate at Regent University School of Law in Virginia. He is also board certified in Criminal Law by the State Bar of Texas.

"It requires a significant amount of experience and a certain number of continuing legal education hours, you have to have recommendations from judges, there is a very strenuous test," Gray said. "It's very difficult."

Currently, Gray is a defense attorney and partner at Gray and Jones Attorneys at Law. He said a majority of his docket are criminal cases. His insights throughout his law career are what he says places him in a great position to be the next county attorney.

Keeping the streets safe from drunk drivers one way of doing that. He believes it is the county attorney's responsibility to make sure any DWI's are dealt with and do not repeat itself.

"I think we have to look at each case individualistically, evaluate it, see what the history is and also focus on some type of treatment," Gray said. "A lot of times it is a first-time offense and maybe a binge-drinking thing, but there are also individuals that truly need treatment."

Other cases he hopes to prevent repeating itself? Family violence.

Gray believes that problems with those cases need to be dealt with as soon as possible.

"If we don't solve that problem or change that behavior, it can certainly go on a second time," Gray said. "Generally, the second assault family violence kicks it up to a felony. What I have seen from the felony level, on both sides, is that often it is that same victim. We need to make sure that victims get the assistance they need too. We also need to change the behavior of that individual."

Gray will be running against Eric Quisenberry for the GOP nomination.

VERIFY: The president has no constitutional power to end impeachment trial

First US case of China coronavirus confirmed in Washington State