People in Bryan-College Station unhappy with closure of recycling center

People who live in Bryan-College Station have been able to drop off their recyclables at the Walmart Supercenter since 1996. But, that’s all about to change. 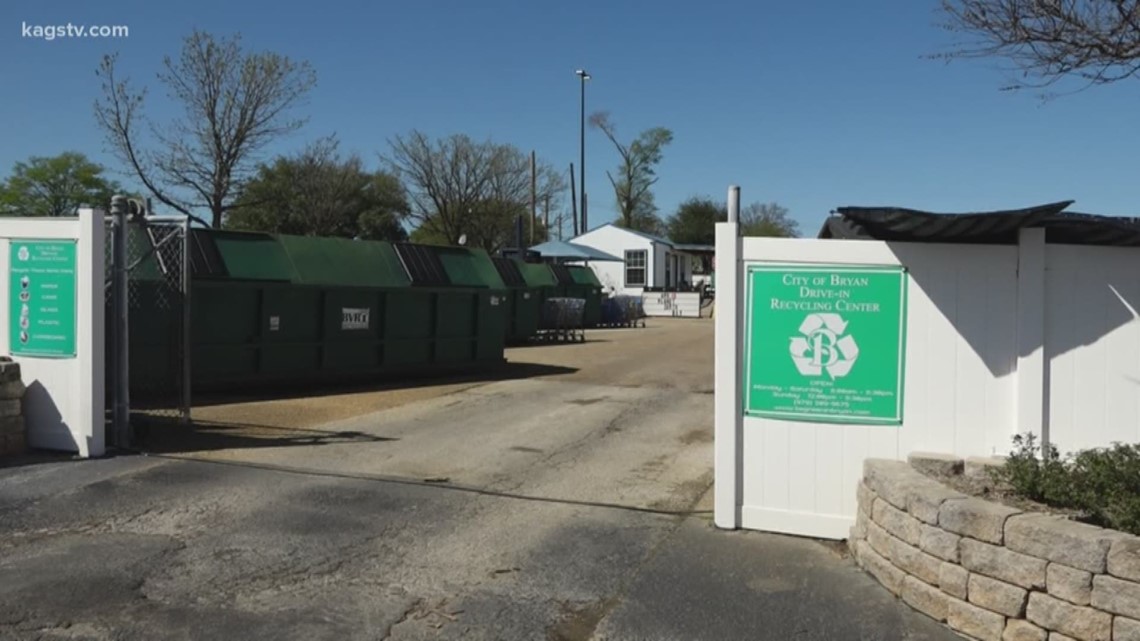 BRYAN, Texas — The Walmart shopping center on Briarcrest is redeveloping to potentially make way for new businesses. But as the saying goes, in with the new and out with the old.

Members of the Bryan-College Station community gathered to talk about the future of recycling in the two cities.

This comes after Bryan announced it was shutting down one of its free recycling options last week.

“Now Walmart wants that space to put two fast food places there, so we have to move it somewhere…or we gotta put it some other place in town,” said Bryan citizen Mike Southerland.

The recycling center will shut down on February 16, 2020, meaning people may now need to pay for recycling their trash.

“Recycling is a very important part of our environment, and I hope that even though they’re getting rid of their location by Walmart, there are several alternatives under consideration by the city staff,” said Judge Tom McDonald.

A couple options were presented to replace the recycling center that is leaving.

“But people think that ought to be taken care of by the city, and that they don’t have to pay for it. We have enough things to have to pay for. The recycle center itself, it’s always been a much more cost-effective way to recycle trash than what College Station,” said Southerland.

Those at the meeting today brought up many questions as to what a feasible solution is to allow people to continue recycling and maintain the health of the environment.

“I hope they’ll come up with an acceptable alternative because we’ve got to protect our environment. If we destroy our environment, we don’t need to be concerned about anything else probably because there probably won’t be any human life and wildlife. And we’re at a critical position in this world right now, it’s one of the things we’ll need to beat,” said Judge McDonald.

City staff didn’t come to the meeting, but they did send along a presentation with different options the people could discuss and consider.