Tattoo artists are coming together to learn how to spot the signs of human trafficking. 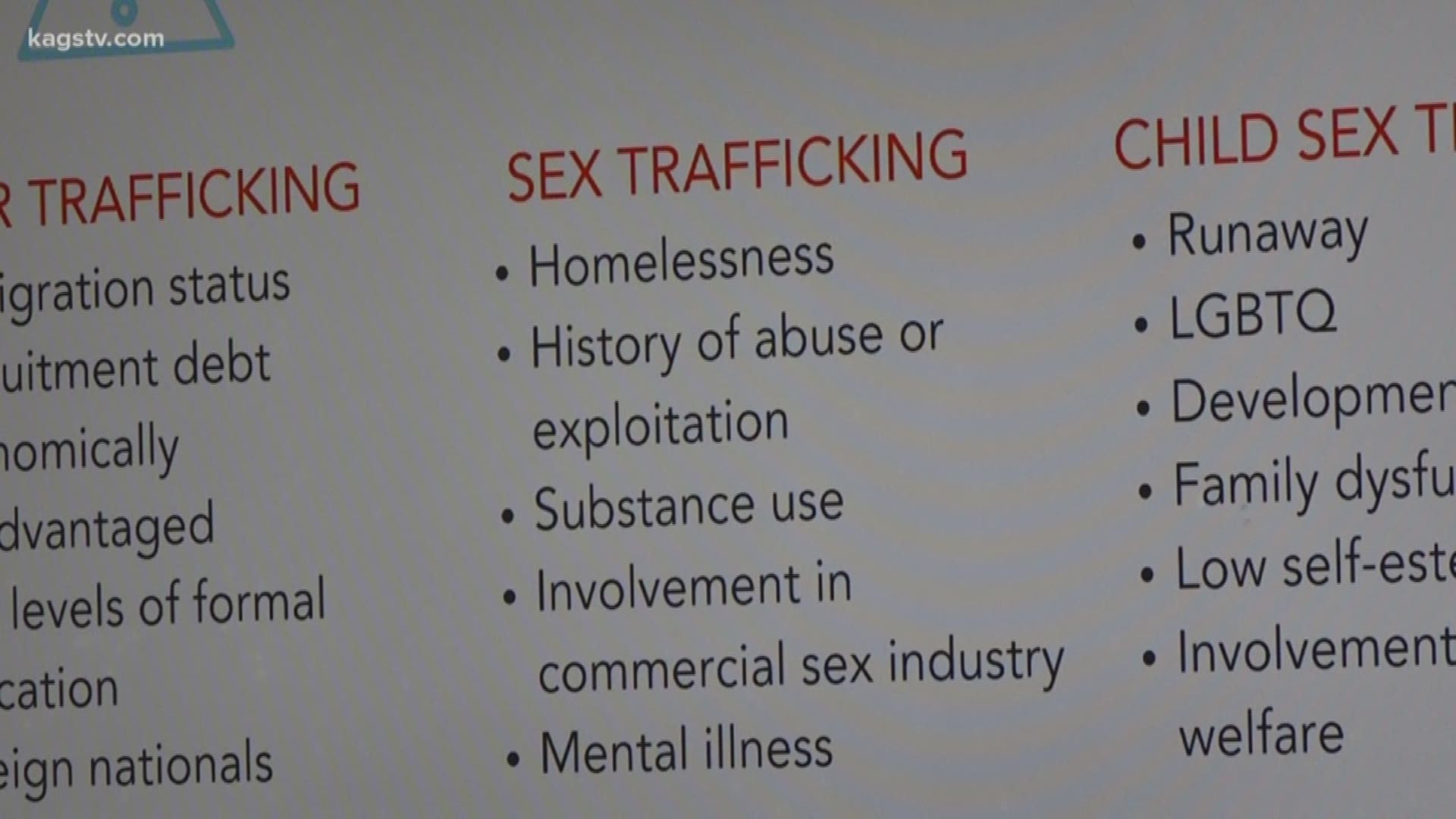 That's why the Brazos County Health Department, partnered with UnBound, is teaching local tattoo artists how to spot the signs of human trafficking.

Some of the most common are bar codes, initials and currency.

Executive Director for UnBound, Amanda Buenger, said that many times the tattoo can represent the relationship between the trafficker and its victim.

"Sometimes we see a certain tattoo with a certain name on it, or an identification that marks that they are linked to that individual who is trafficking them," Buenger said.

The currency marker is sued to symbolize how much the victims are worth.

"It can be bills, coins, money bags," Buenger said. "That's to signify the amount of money tattooed on the victim is the asking price."

Buenger said that for many of the victims, if their trafficker is isolating them, tattoo artists may be the only people they are allowed to see.

She advised those artists to ask questions to determine if it is a human trafficking situation. She said to steer away from judgmental questions and ask questions like, "What does this tattoo mean to you?" and "What made you pick this design?"

Buenger said by asking those questions, if a victim is unable to answer, or has someone answering for them, that could be a red flag.

But, those tattoos do not mean someone is a victim of human trafficking, there can be other red flags.

"There is substance abuse, there's isolation that has occurred, signs of physical and sexual abuse," Buenger said.

That is why during the training, the artists were also taught to be confidants for victims.

"A training like this where tattoo artists in the community, which have a sphere of influence and work with a certain population, for them to be aware of how to make an impact in this area is huge," Buenger said.

If you think you know someone who may be a victim of human trafficking, check out the resources below: