50 years after returning home, Vietnam War veteran continues to give back to Brazos Valley

John Anderson's anniversary event benefits multiple local veteran organizations and is on May 22. 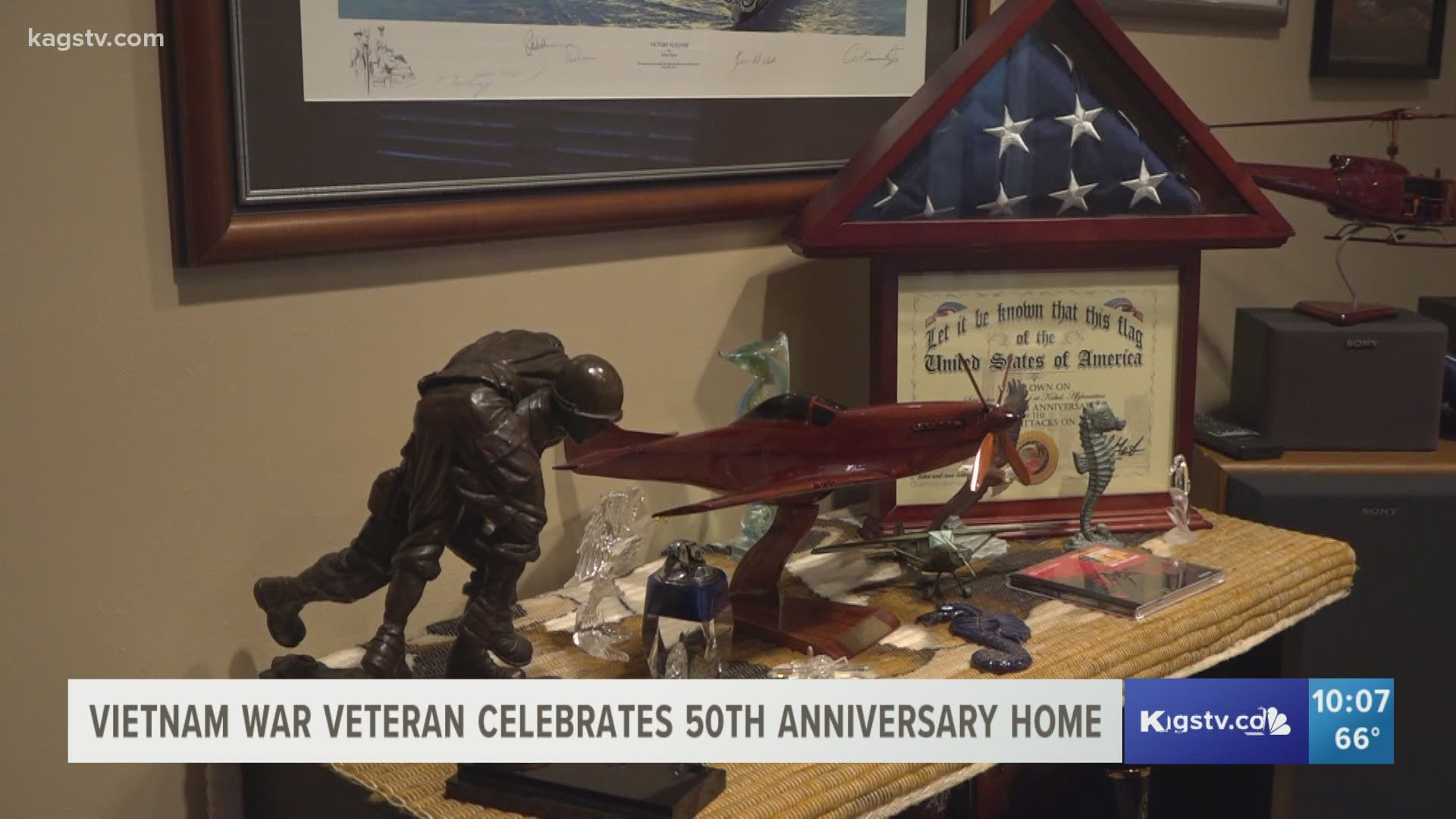 COLLEGE STATION, Texas — John Anderson was a recon pilot in the 183rd aviation company in the 2nd flight platoon during the Vietnam War.

Anderson said, “by the grace of God,” he came home safely to his wife and son on May 5 1970 making last year, 2020, his 50th anniversary, but due to the pandemic, they had to postpone the celebration.

“I’ve had a gathering every five years since 1990, I think, and the last several I’ve given people the opportunity to contribute to the support organizations that support Veterans and we’re doing that even more so this time,” Anderson said.

Anderson said celebrating his 50th anniversary makes him feel old, but he wouldn’t trade it for the experience.

John Anderson was a recon pilot in the Vietnam War, but his most important job "was helping Americans get out of trouble."

Hear more from Anderson in the video below and on @KAGSnews tonight. pic.twitter.com/HeZe3JdWR0

"I was a recon pilot in a fixed-winged observation aircraft, but I realized, my most important job was getting Americans out of trouble and I will treasure that for the rest of my life."

Anderson said when you can help save someone, that’s more important than anything else.

“I’ve been in, I think the counts’ up to 36 now, potentially fatal situations, not counting getting shot at, but I’m given the opportunity by the people that God puts in my life, to help them,” Anderson said.

Anderson said the celebration on Saturday isn’t just about him, it’s about honoring all military veterans, like one Aggie who was awarded the medal of honor during Vietnam as a medic.

“As I understand it, even though he was wounded in both legs, he would crawl out and treat a soldier where he was and take him back to the lines, to the perimeter, and go out and get another, for that he received the medal of honor,” Anderson said, “I’ve met him and he’s a wonderful human being.”

Anderson said he was in the 2nd flight platoon, 2nd slot and since then, 22 has been his lucky number.

He said it’s just a coincidence that the celebration this Saturday is on May 22.