'I miss him and his laugh': Mother of fallen Dallas officer and war veteran honors her son on Memorial Day

Patrick Zamarripa's mother says she'll never forget when she learned her son died in an ambush on July 7, 2016. She wants people to remember the sacrifice he made. 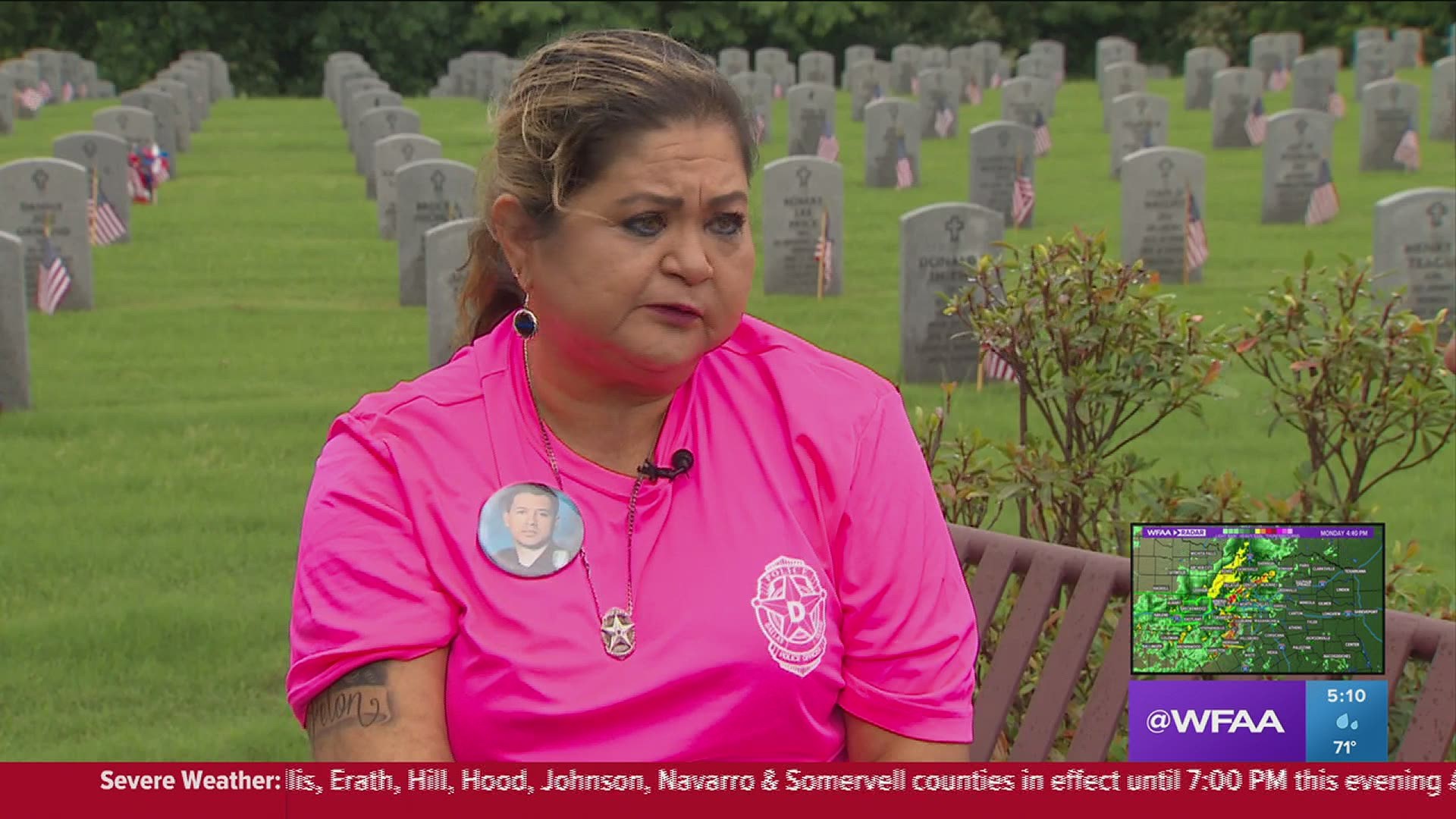 "I miss him. I miss his laugh. He had the best laugh,” she said.

Patrick Zamarippa was among the five officers killed in downtown Dallas when they were ambushed by a shooter during a protest on July 7, 2016.

Just a few hours before the shootings, Valerie had talked to her son.

Later that night, Valerie started getting calls that she needed to get to Parkland Hospital.

"In my heart I felt it. I felt it and I knew. But I was hoping and praying that maybe he was just hurt," she said.

Then, she got the worst news a mother could ever get. Her son had been shot and didn’t make it.

In the following days, she learned that Patrick was a hero the night of the shootings, running toward the gunfire.

She said she's not surprised.

He was not only a police officer but a Navy veteran committed to serving others.

"It was important to him because he loved his country. And ever since he was a little kid, he wanted to be a police officer,” said Valerie.

She's determined to keep her son's memory alive. She even tattooed his name and picture on her arm.

"People ask me, 'Did it hurt?' and I tell them, nothing compared to what he went through. And I just hope when he died, that he didn't suffer long," said Valerie.

Through the pain and the tears five years after her son's death, Valerie said she's found some peace by telling her son's story and reminding people of the sacrifice he made.