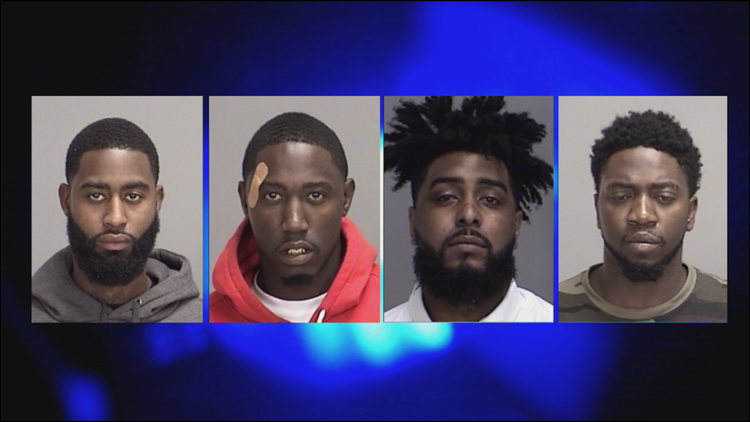 Photo by: BRAZOS CO. JAIL
From left to right: Dalvin Quinn, 27, of New Orleans, Easley Jones, 24, of College Station, Darryl Richards, 26, of Franklin, Eric Hawkins, 25, of Franklin were arrested Saturday morning after a fight spilled out into the College Station streets.

COLLEGE STATION, Texas — Four people were arrested Saturday morning after a fight spilled out into the College Station streets and a police bicycle was thrown, police said.

Dalvin Quinn, 27, of New Orleans, Easley Jones, 24, of College Station and Eric Hawkins, 25, of Franklin, are all charged with disorderly conduct.  Jones is also charged with possession of a controlled substance.  Darryl Richards, 26, of Franklin, is charged with resisting arrest and interference with public duties.

The fight happened in the 100 block of College Main just after 2 a.m.  Jones, Hawkins and Quinn were punching and fighting each other in the middle of the street, officers said.  Police said they had to use pepper spray on Hawkins and Quinn to get them to stop fighting.

Officers said they set up a temporary police line using police and College Station Fire Department paramedics' bicycles.  They said Richards was angry about one of his friends being pepper sprayed and arrested and took off his shirt.  Richards told officers he was going to pick up one of the police bicycles and hit officers with it, police said.  When officers told him he would be arrested, he told them there were not enough cops to arrest him, according to court documents. 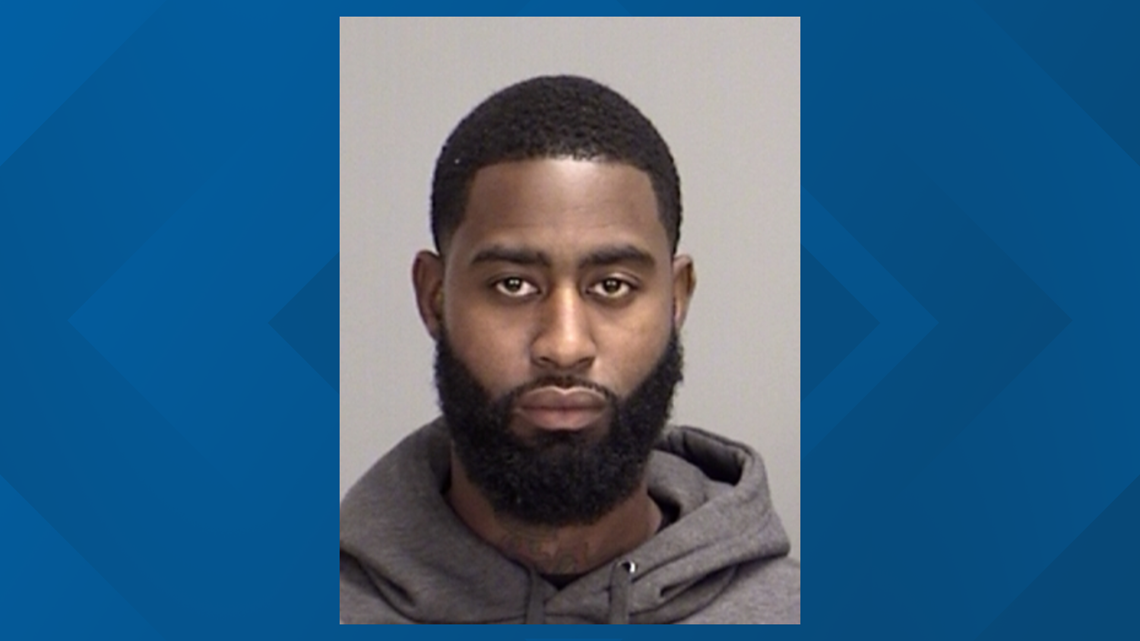 Richards then picked up an officer's bicycle and threw it on the ground, police said.  When officers attempted to arrest him, police said he began pulling away and "using force" against them.  That's when another officer sprayed Richards with pepper spray in order to handcuff him, police said.

Jones, who was already in custody, was being searched by police when they said they found Ecstasy pills in the pocket of his pants, according to court documents.  The drugs were weighed and were under a gram, police said.

It is not known at this time what started the fight among the men, but all four have been released from the Brazos County Jail.

RELATED: Fort Worth police officer kills woman inside her own home, officials say