'I’ve never seen anything quite like that,' said the pilot who battled the blaze in a Pierce County suburb. 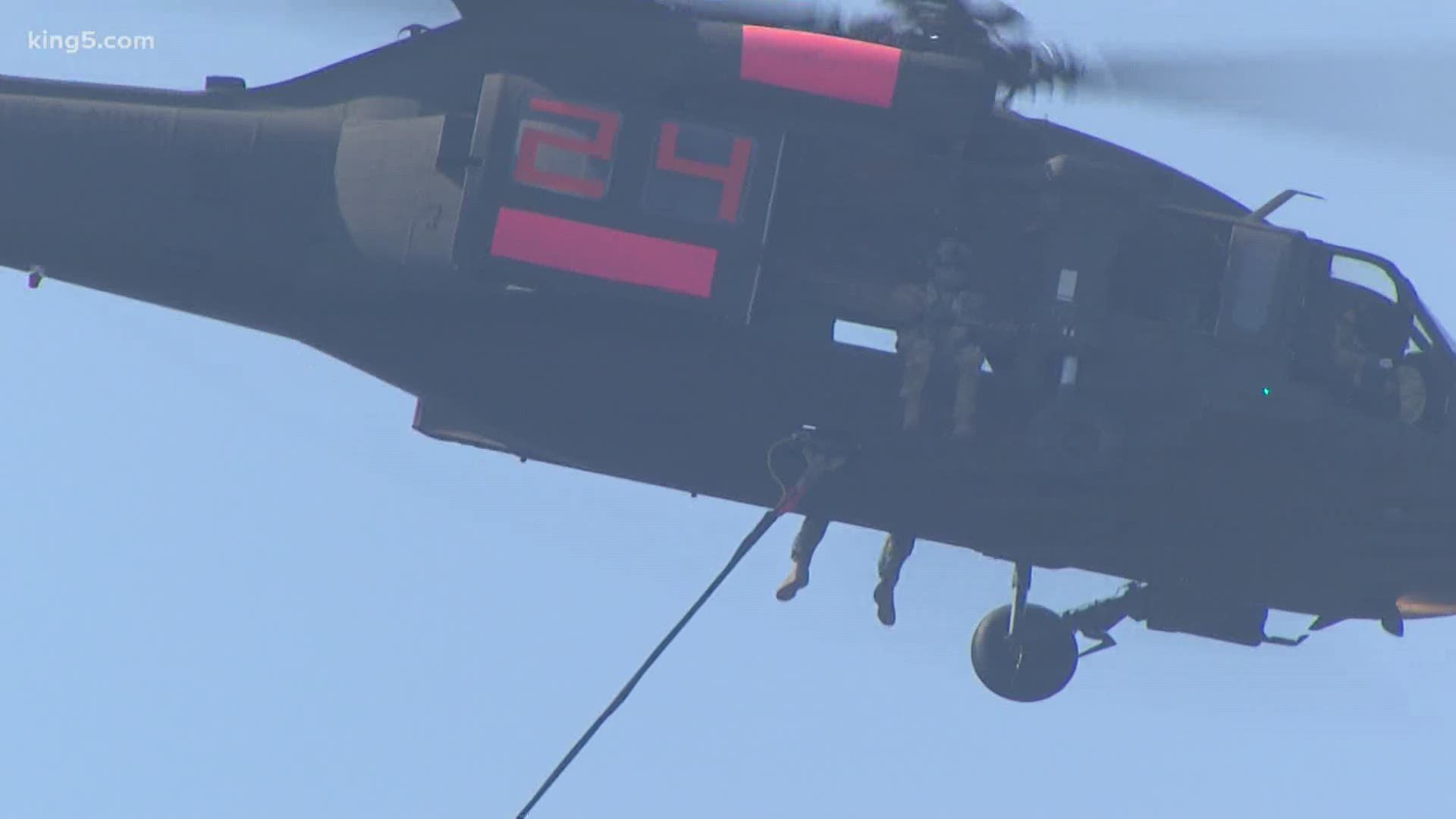 He said flying over the Pierce County’s Sumner Grade Fire last week reminded him of some of his combat missions.

The fires caused evacuations of hundreds in Bonney Lake and Sumner.

Firefighters and homeowners credited the work of the helicopters, from the National Guard and the Department of Natural Resources from making the fire worse.

Marzolf said the fire presented more challenges than most of the fires he’s responded to in eastern Washington.

The fires burned in a highly populated area, above steep terrain, with high winds and smoky skies much of the time.

“It’s a different type of stress,” Marzolf said. “For the duration of the time we spent there it was probably the most high stress flying I’ve done. When in Afghanistan, 2% might be high stress.”

National Guard helicopter crews have dropped an estimated one million gallons of water on fires burning in Washington state this year, according to a spokesperson.