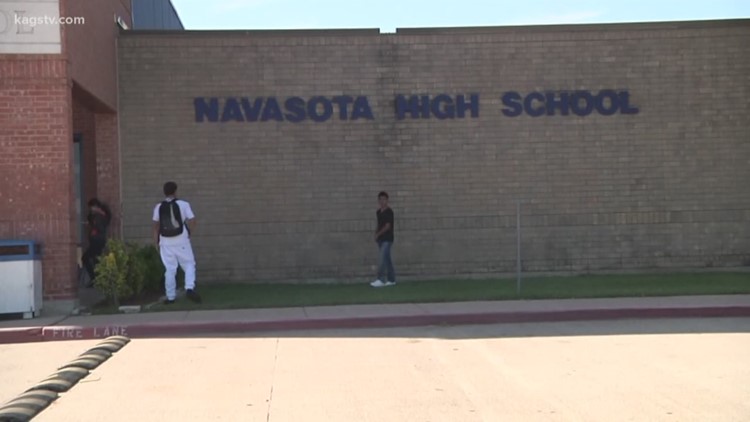 Navasota High School students are returning to their school and classes will resume as normal, school officials said in an update posted on Facebook. Police and Fire crews worked to clear the school and determined it was safe.

While the school day will resume as normal, the investigation isn't over. Police said they will continue to investigate who was behind the threat. The person found responsible, if charged and prosecuted, faces up to five years in prison and a fine of $5,000.

Navasota ISD said its high school has been evacuated after reports of a threat. It is not known at this time if the threat is credible, but school officials posted on Navasota ISD's Facebook page the Navasota Police and Fire Departments are working together.

Students are not being allowed to leave their shelter at this time. The school stresses this is due to safety.

This is a developing story. We will continue to update you.

RELATED: 'In need of attention:' Navasota ISD looking to improve athletic facilities around the district

RELATED: After the storm | Tornado, high winds cause damage across the Brazos Valley, Texas