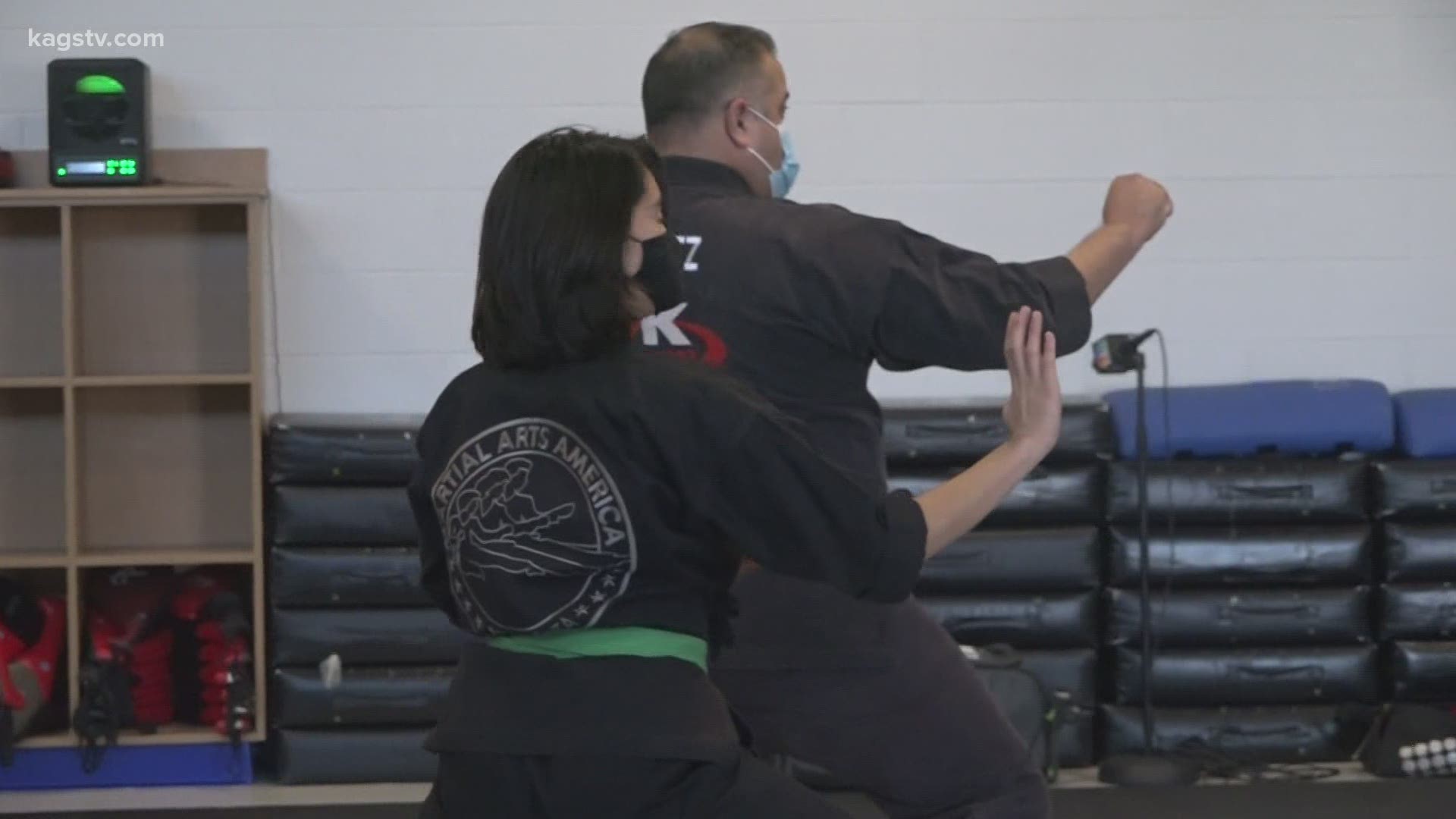 “It kind of doesn’t feel real, but it’s fun," said Mendez. "It proves that if you’re dedicated to something you can go really far with it.”

Mendez has been involved in karate and martial arts for as long as she could remember. She loves to compete because it brings out the best in herself and those around her. This year has been a pretty successful year for Mendez, who qualified for the TKO State Tournament after competing and earning enough points in other competitions to qualify.

The year started with in-person events but switched to virtual formats because of the COVID-19 pandemic.

“There’s not a crowd cheering you on," Mendez said. "I think that it pushes you because you’re kind of blind to everyone and their reactions.”

Mendez, who is also a member of the Martial Arts America - Navasota Competition team, attributes some of her success to the KickStart Kids program at Navasota Junior High School. The school is one of 60+ others in Texas to offer the program which teaches students martial arts and life lessons.

“We work on values such as honesty, discipline, respect and responsibility," said Benjamin Mendez, the chief instructor for KickStart Kids in Navasota and Grace's father. "Things that our students really need in an everyday life.”

Grace enjoys having a program like KickStart Kids because it introduces her classmates to something she loves, while also teaching them skills to carry throughout life.

“I think it really helps you learn to respect people and I think that’s a really important thing to know," Grace Mendez said.