'How are we supposed to wake up and go to a funeral for five babies?': Neighbors mourn 5 children killed in East St. Louis fire

Five children, between the ages of 2 and 9, died in a house fire while their mom was picking up another adult from work. 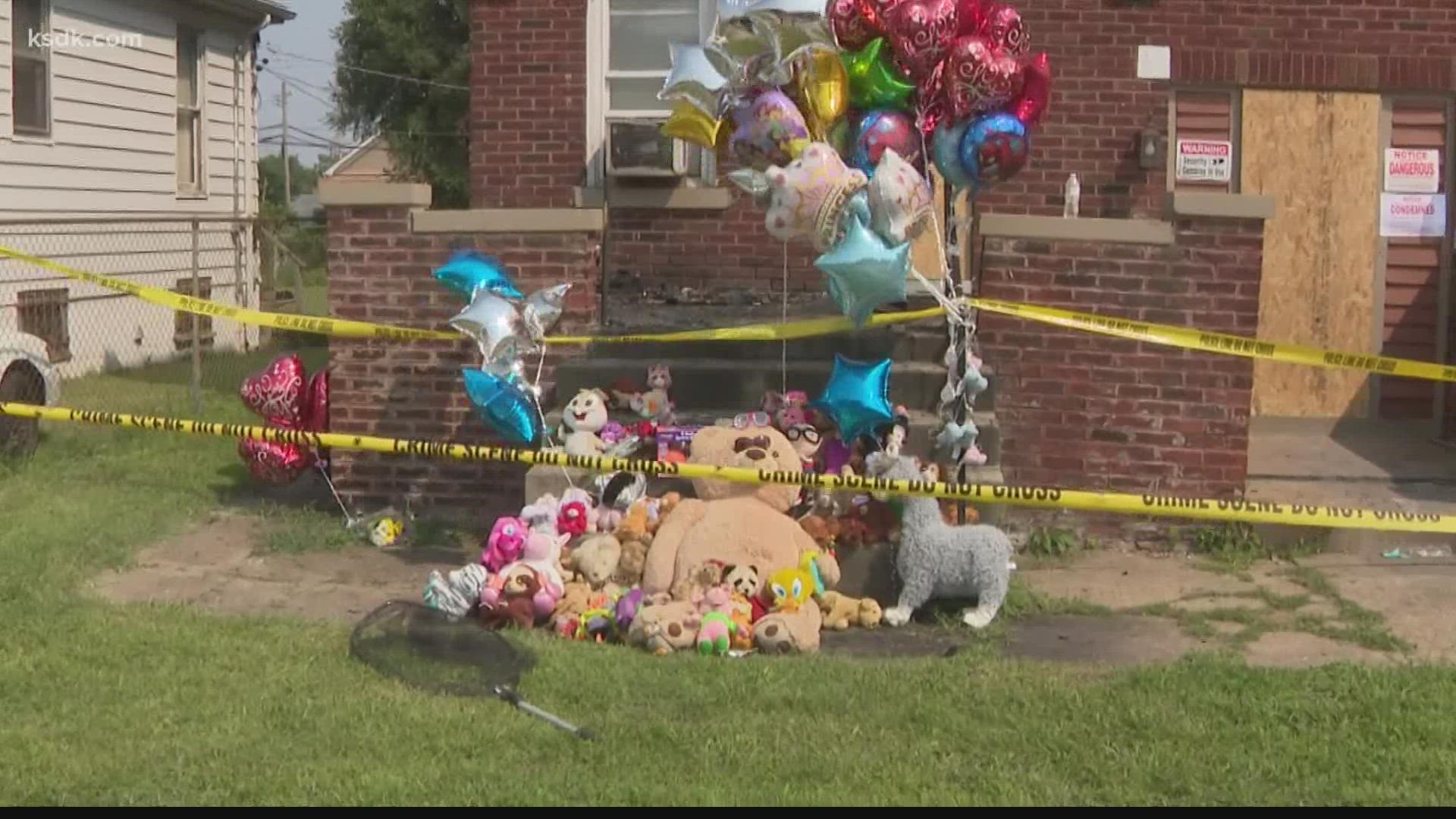 EAST ST. LOUIS, Ill. — Friends, family and neighbors paid their respects with a memorial in front of the home where five children, between the ages of 2 and 9, died in a fire early Friday morning.

"They are blameless in this and they are just kids. It's tough, it's tough," East St. Louis Assistant Fire Chief George McClellan said.

He tries to find the words after getting a call at 3:00 a.m. of a fire on North 29th Street, where they found five children inside.

St. Clair County Coroner Calvin Dye confirmed four children died in the home and one died after they were transported to the hospital.

McClellan said their mother was picking up another adult from work at the time of the fire.

Zuhdija Omerovic who owns the corner store at the end of the block says the kids were in his store just yesterday.

"Those kids they used to come in there and buy snacks, and you know, and stuff like that and it's sad, you know, for people to leave their kids, you know, just sad," Omerovic said.

Zinnetta Clark is a family friend and mother of four. She believes this was an honest mistake.

She's close with the children's grandmother and says it will almost be impossible to move forward.

"I don't know how we're going to be able to calm her down and make her feel as safe and encourage her and lift her up and she just lost five grandkids. How do you explain that? How are we supposed to wake up that day and go and do a funeral for five babies," Clark said.

Assistant Chief McClellan said they found two children in the bedroom and three in the kitchen.

He believes the fire started in the front of the house, away from the kitchen in the back.

The State of Illinois is still investigating the cause of the fire.