Some lucky students in Bryan High School's theater class were able to catch the star and learn about the industry from him. 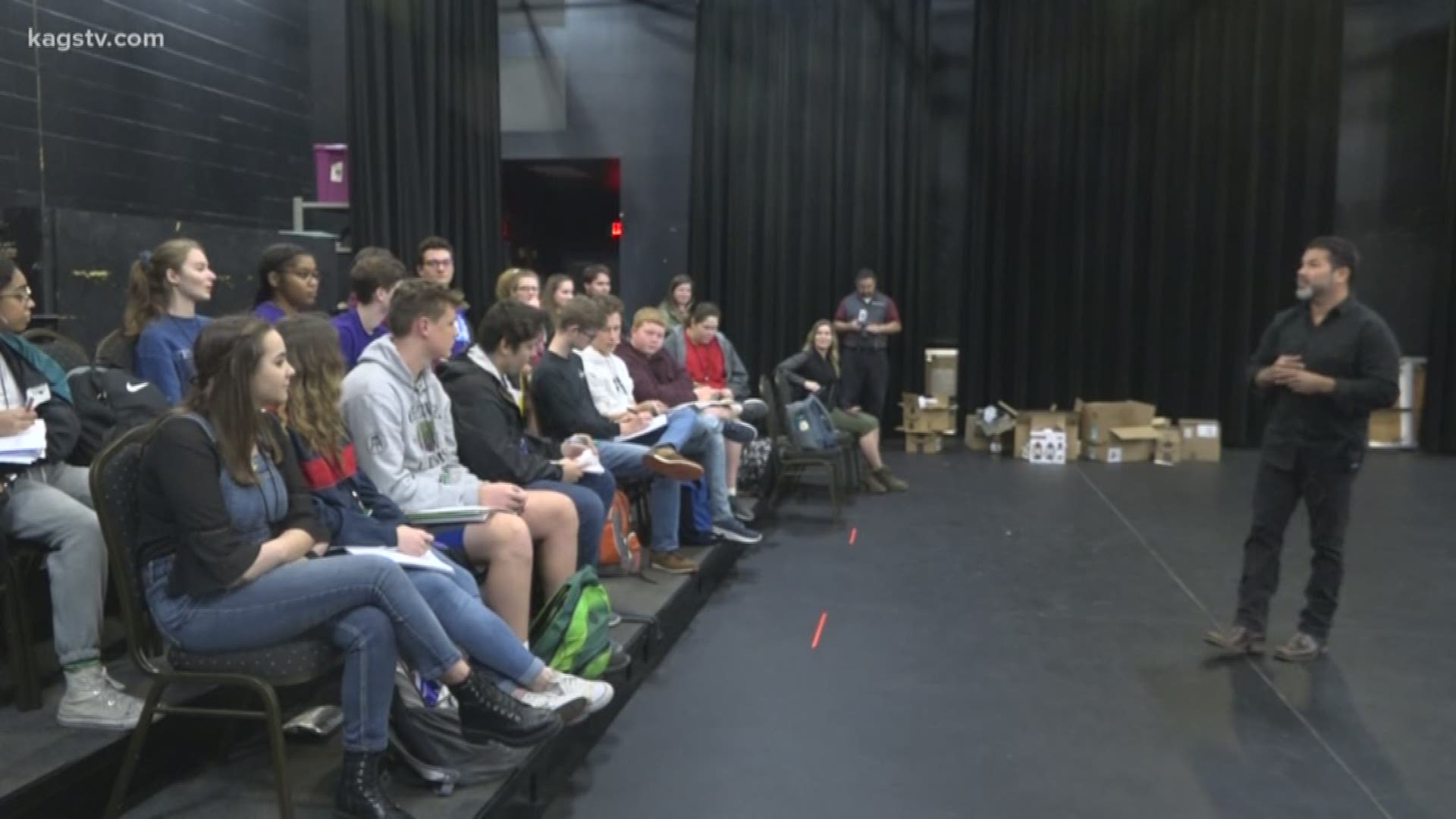 BRYAN, Texas — Filming a Christmas movie has brought Sal Velez Jr. into town, and a couple lucky students in Bryan High School's theater class were able to catch the star and learn about the industry from him.

"Everywhere I go, I try to at least do some kind of outreach," said Velez. "I'm really trying to let kids know there's a lot of things going on in this theatrical world, and they don't have to be afraid of making mistakes".

Velez says he wishes when he was younger, that he also had someone come in and talk to him, and that is exactly the support he wants to provide for these students.

"It helps when you hear from someone who's a working actor, someone they can see on TV, someone who they can say 'well... if he did it, I can do it, it's tangible," said Velez.

"The biggest advantage of having a guy like that is just the real world experience, because in a classroom setting, it's fun and it's interesting, but I feel likes it's still building the basics and we don't get a feel for what it's actually like to be on your own." said senior Trey Weltens.

Velez said the biggest impression he wanted to leave with the students was to remind them to always go back to the heart of the story.

"At the end of the day, you're just telling stories you know, and as long as you keep it simple, people are going to enjoy your performances for the rest of your life," said Velez.

Up and down temperatures followed by a strong cold front