Two men were arrested in the parking lot of a local bank. Police said they found evidence that points to bank jugging. 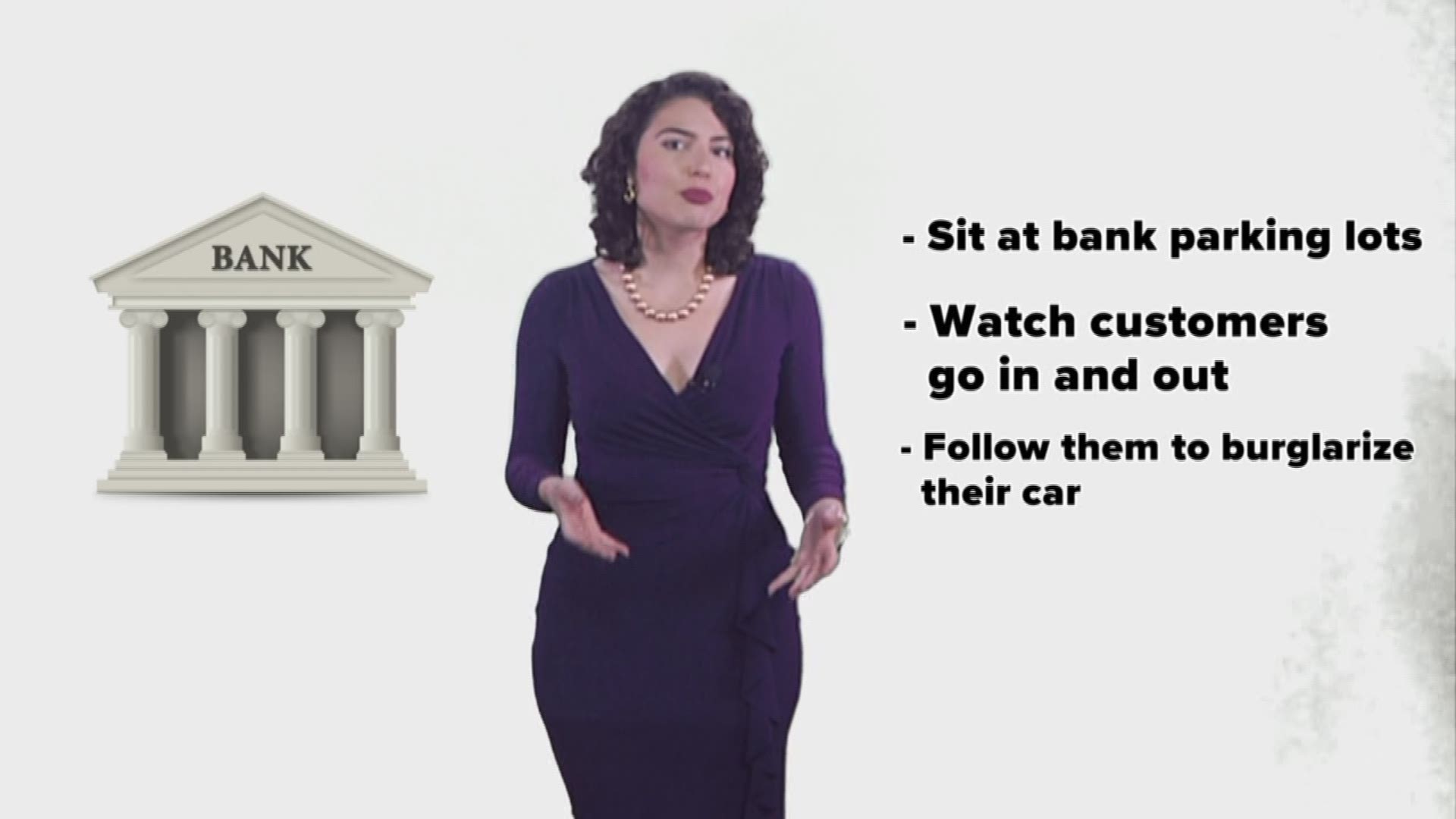 COLLEGE STATION, Texas — New details have been released in a bank jugging investigation in College Station after the arrest of two Texas men in a local bank parking lot.

Myron Jeffrey, 26, of Houston and Zachariah Gardner, 20, of Fulshear are in the Brazos County Jail after being arrested Monday afternoon just before 5 p.m. Jeffrey is charged with tampering with physical evidence and unlawful use of a criminal instrument. Gardner is charged with possession of marijuana, tampering with physical evidence and had an outstanding warrant from Fort Bend County for failure to identify.

Officers at the scene said upon searching the car Jeffrey and Gardner were in, they found evidence of bank jugging. This crime can happen when a criminal targets someone leaving a bank. The criminal usually follows the victim to another location and will either rob them or break into their vehicle. KAGS anchor and reporter, Gabriela Garcia, broke down the crime in one of her explainers, thanks to valuable information released earlier this year from local law enforcement agencies.

RELATED: What is "Bank Jugging," and why should we care?

This latest arrest happened in the parking lot of a local bank on the 1800 block of Rock Prairie Road. Local law enforcement officers had been on the lookout for a silver Ford hatchback vehicle after the description was released in other suspected bank juggings in the area. An officer on patrol spotted the vehicle while waiting for a traffic light and noticed the driver was pulling slightly in and out of the parking spot in front of the bank.

The officer initiated a traffic stop on what they described as a suspicious vehicle. The officer said Jeffrey was behind the wheel of the car and as soon as he rolled down the window, the officer could smell marijuana. The officer said the passenger, later identified as Gardner, tried to ditch his marijuana by throwing it under the seat.

After putting both men in handcuffs, officers did a routine body search. They said they found a window punch, commonly used to break the windows of car doors, hidden under Jeffrey's scrotum. When officers asked why Jeffrey was hiding it there, he at first told them it was for self-defense or in case of an accident.

Two Texas men arrested at local bank, police believe they may be connected to bank jugging

1 / 3
BRAZOS CO. JAIL
Zachariah Gardner, 20, of Fulshear, is charged with possession of marijuana and tampering with physical evidence. College Station police believe Gardner is connected to recent bank juggings in the area.

College Station police released new details Tuesday and investigators said evidence found in the car may connect Gardner and Jeffrey to recent bank juggings in the area. Some of the evidence included cash and clothing, police said, and the description of the vehicle which was given due to other bank jugging cases.

While this case remains under investigation, police claim in court documents that Jeffrey has posted on his social media accounts about "hitting up" Chase/Wells Fargo banks as far back as 2018. They said in these posts, Jeffrey is posing with cash and guns.

How to protect yourself:

There are ways to protect yourself from becoming a victim of bank jugging. The College Station Police Department has released tips for you to follow: