The exhibit is free and open to the public. 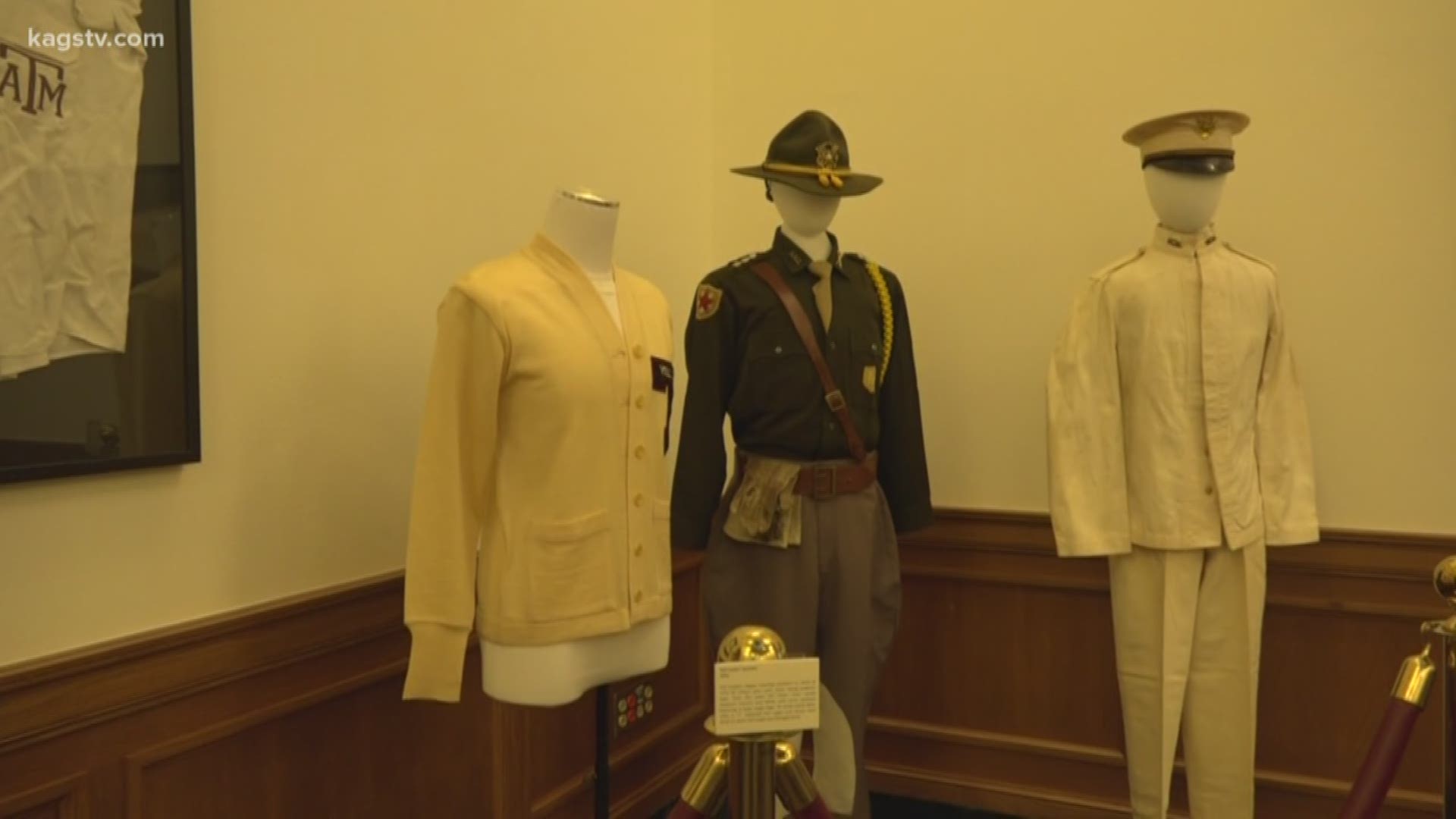 COLLEGE STATION, Texas — Calling all Aggie fans! The Cushing Memorial Library and Archives at Texas AM has opened its newest exhibit, "A Spirit Can Ne'er Be Told: Traditions of Aggieland."

The exhibit celebrates Aggie traditions that go back to the late 1890's. It features materials found in the university archives plus some key items that have been borrowed, such as the oldest known Aggie ring, an ax handle that survived being thrown in a previous bonfire, historic yell books and more.

University archivist's said that although some of traditions might have changed over the years, the fact that they are still around and celebrated shows the enduring spirit of Aggieland.

"The fact that we are all familiar with some of these things really lend itself to that small town community feel that is really special to Aggieland. I felt when I moved here four years ago, it is a really welcoming atmosphere." said Cushing Memorial Library's Wendy Mackey. " I think that if the community, the students or an Aggie stops by to see whats on display they'll get a lot out of it."

The exhibit is free and open to the public.

Cushing Memorial Library is open Monday-Friday from 9 a.m. To 5:40 p.m.