'This is my dream job': New Fort Worth police chief shares his top priorities, love for his city and music

Chief Neil Noakes worked his way up the ranks to become the city's top cop. He plans on focusing on fighting violent crime, boosting morale and community relations. 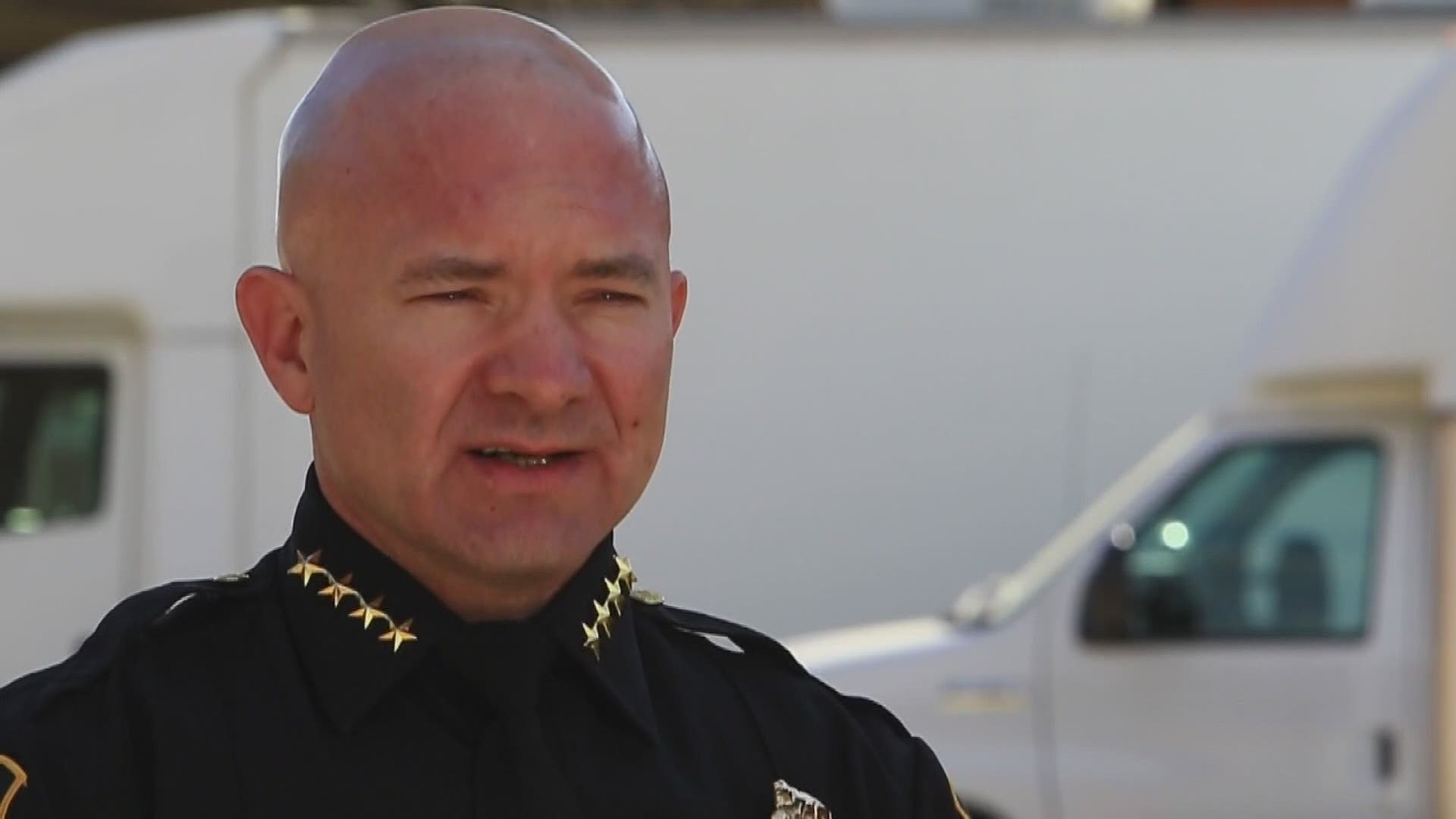 FORT WORTH, Texas — It took Fort Worth Chief Neil Noakes two decades of to work his way through the ranks.

"This means everything. This is my dream job,” said Noakes.

One of his first priorities is to build trust with the community that is still outraged by controversial police-involved shootings, including the death of Atatiana Jefferson. An innocent woman shot in her own home.

"And the truth is there's some in the community who don't trust us right now. At least not at the level we want, and one of the ways to get that is transparency and then you have to follow with accountability," Noakes said.

"And it’s getting out into the community, talking to people and informing them about what we do and why we do it. And then when we make a mistake, we’ve got to own it. We absolutely have to own it. And it really stops at the chief’s position to be willing to step up and accept the mistakes we made.”

In his first week, he's had to put two officers on administrative leave for racists posts. He said he won't tolerate that.

“What’s unfortunate is the overwhelming majority of officers on the Fort Worth Police Department are men and women of integrity. They’re hard working, they’re professional. They’re compassionate and they do the job the right way, every day. But the truth of the matter is that we have some officers, unfortunately, very recently made some very disgusting posts, racially insensitive things that we do not accept. And we made it clear that we do not accept it," said Noakes.

While dealing with that, he said he has to balance also boosting officer morale.

"We have to make sure they know when they are doing their job the right way that we have their backs,” said Noakes.

He said he needs officers and the community to work together to deal with rising violent crime. Fort Worth had one of the highest murder rates since the mid-90s.

He said what you won't see is officers saturating high-crime areas.

“Because what happens then is not only are we possibly arresting the people we want to, but we're also negatively affecting the very people we are trying to help,” said Noakes.

He said his plan will be intelligence and data driven, and will also involve input from the community.

RELATED: Chief Neil Noakes officially takes the reigns of Fort Worth PD, talks about what he wants to achieve in 6 months

“We can’t do it ourselves. The community can’t do it themselves. We absolutely have to work together, because we can’t arrest our way out of crime. It’s going to be there forever. We’re just treating the symptoms. We want to do this and be an advocate for the actual root causes of the crime that we’re seeing," said Noakes.

He said this is his city too and city he loves. He loves the flare and the country western music Cowtown is known for.