Marble from Colorado has links to our nation's history

The rock from Marble, Colorado, was used in the Lincoln Memorial and the Tomb of the Unknown Soldier. 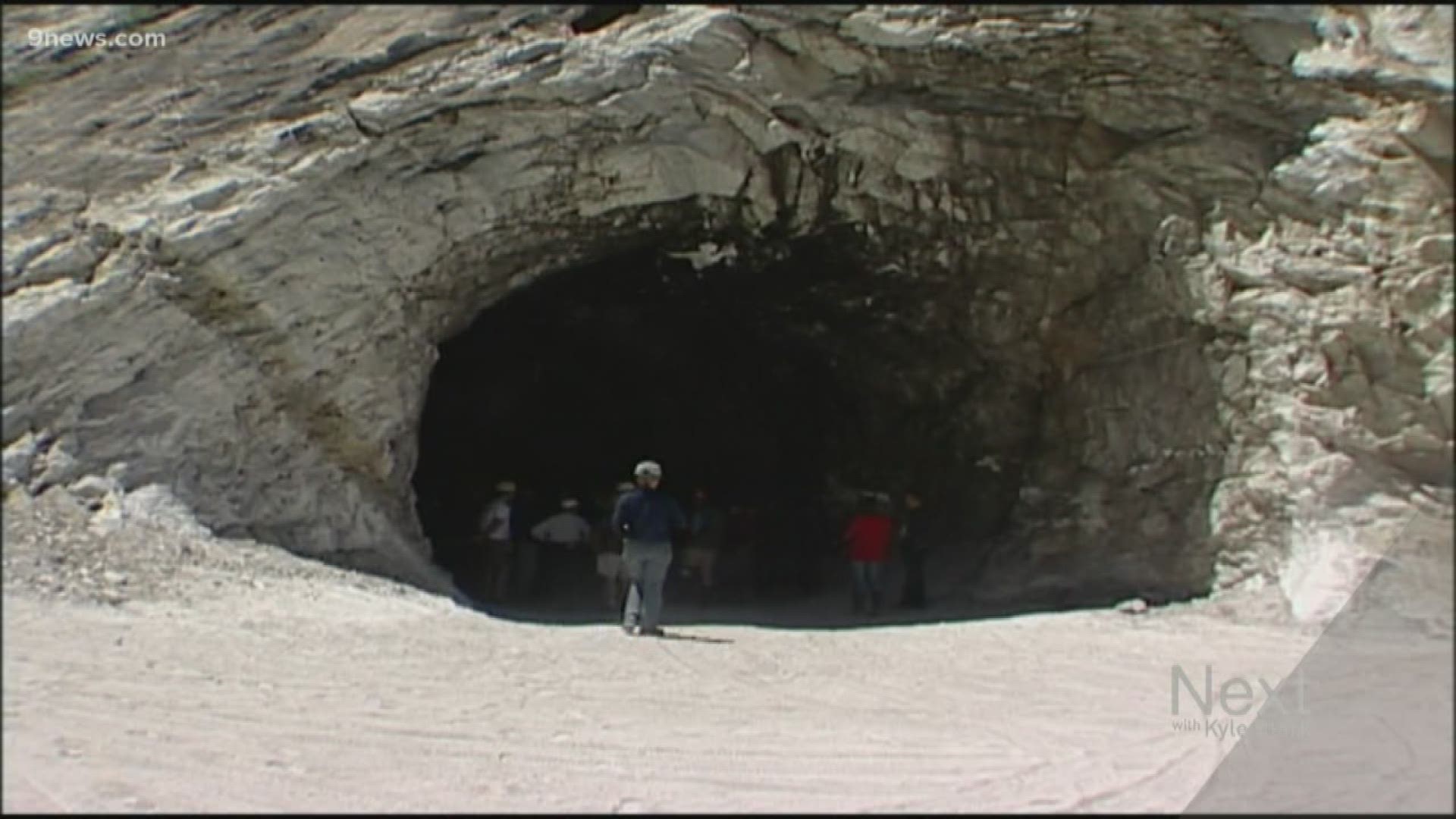 DENVER — Did you know?

Stone from the Yule Marble Quarry in Colorado's Crystal River Valley was used in the construction of the Tomb of the Unknown Soldier and the Lincoln Memorial in Washington D.C.

The quarry is located near Marble, Colo., and is best known for producing Yule marble -- a pure, white stone that was named Colorado's state rock in 2004.

RELATED: Tomb of the Unknowns to be repaired with grout, not marble from Colorado

RELATED: Coloradans want to restore Tomb of the Unknowns

“Fifty-six ton blocks were used in the Tomb of the Unknown in Washington D.C. and again, it’s the quality of the marble and the color that really set it apart from all the other marble that could have been used,” said History Colorado Center’s public historian, Sam Bock. “It’s a particular kind of marble that we have here in Colorado... It has a particularity fine grain to it that makes it really great to work with.”

Bock said the Lincoln Memorial is the largest use of Colorado marble in the world. It's also one of the largest marble projects in American history, made with almost all Colorado marble on the facade because the material is particularly bright and gleaming.

“That’s the link between Yule marble and the rest of the world,” said Bock. “Our marble is really known for its high quality and is exported across the globe.”

Bock said the use of marble dates back to ancient Rome and Greece. But it wasn’t until the late 1800s that the rock was discovered here in remote Gunnison County.

Here in Denver, it’s also been used in many state government buildings, including the Colorado state capitol -- part of it, anyway.

“Some of the Yule marble that we have up in Marble actually was used in the floor of the capitol, but when they were building the [the exterior of the] capitol, it was cheaper to import the marble just because the infrastructure hadn’t been finished yet to get the marble from Marble back down to Denver,” said Bock.

Bock said even the history of our state’s immigration can be traced back to marble production.

“Folks like the Japanese laborers who built the railroad that went to Marble... folks like the Italian miners who mined the marble and brought it out of the mines and down to Denver… they came here for that marble,” said Bock.

Around the time of World War II, production in the Colorado quarries came to a stop for about 40 years.

“In World War II, all those miners who were quarrying the marble were called on to served their country, and so they left, and the economy in the town of Marble absolutely collapsed,” said Bock. “It didn’t come back around until much later in the 1990s, that the marble quarry was revived.”

Bock said he’s happy to share these little known facts about the rock from our state that has a unique place in our nation’s history.

“It’s not one that we generally think of when we think about mineral rushes in Colorado, like the gold rush, but it’s really archeology and our landscape that links Colorado in to the rest of the global economy,” said Bock.

What little-known fact do you love about Colorado, or about your town? We're always interested in learning more. Email Next@9news.com.

SUGGESTED VIDEOS | Full Episodes of Next with Kyle Clark