Kilgore man arrested after police chase in College Station, one person still on the run

Authorities said the driver of the vehicle was found by a K9 officer hiding behind an AC unit. They said his Snapchat provided evidence in the case. 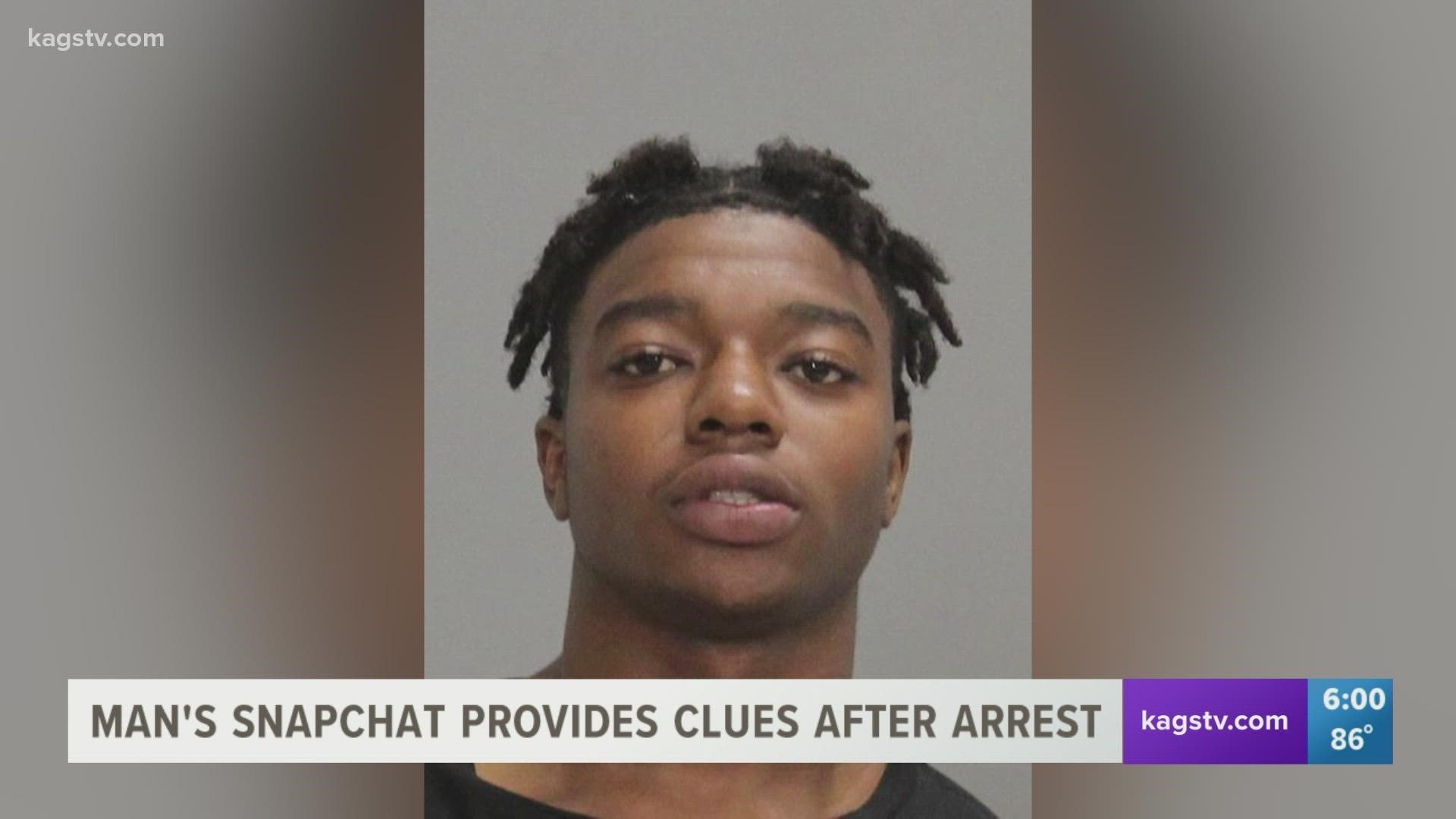 BRAZOS COUNTY, Texas — A Kilgore man has been charged in connection to a police chase in Brazos County Sunday night.

On Sunday, October 3, just after 10 p.m. a deputy with the Brazos County Sheriff's Office said he spotted a vehicle speeding on I&GN Road and attempted to pull the vehicle over near Graham Road.

Ford, who was allegedly driving the speeding vehicle, refused to stop, according to the deputy, and began driving at speeds nearing 100 mph on Graham Road. The deputy reported Ford went through at least two stop signs and eventually ended up at the intersection of Summerway Drive and Kate Lane. The deputy said Ford and his passenger then ran from the vehicle and allegedly dropped two backpacks as they tried to get away from authorities.

Officers with the College Station Police Department and a K9 unit arrived at the scene. Authorities said it didn't take long for the K9 officer to pick up a scent and Ford was allegedly found hiding behind an AC unit in the apartment complex.

After searching through the backpacks that were allegedly dropped by Ford and his passenger, authorities said they found 3g of cocaine, crack cocaine, 11.3 oz of marijuana, prescription medication that was not issued to Ford and THC products.

Authorities said they also found a loaded handgun with a round in the chamber and over $1,400 in cash.

After taking possession of Ford's phone, authorities said they accessed Ford's Snapchat account. They said information on Ford's account showed him to be in possession of the backpacks. They claimed Ford was also found advertising his crack cocaine for $50 a gram on his Snapchat story.

Ford is currently in the Brazos County Jail on $55,000 bond.