Darnella Frazier, the woman who filmed the murder of George Floyd, said it was her uncle, Leneal Frazier, who was killed. 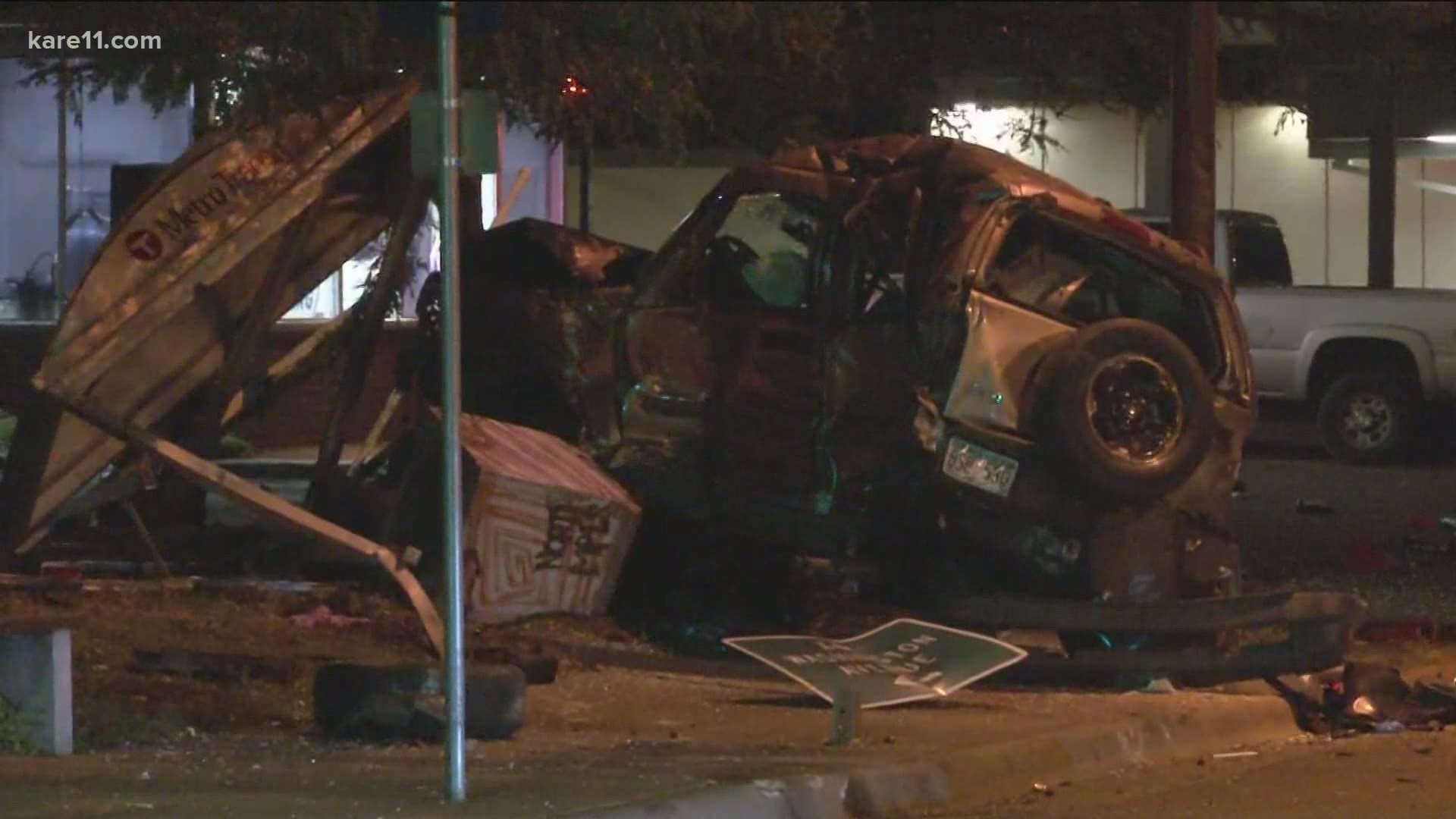 MINNEAPOLIS — One person is dead and a Minneapolis police officer was in the hospital Tuesday morning after the pursuit of an armed robbery suspect led to a crash.

On Wednesday, the Hennepin County Medical Examiner identified the innocent driver who was killed as 40-year-old Leneal Lamont Frazier.

Also Wednesday, an MPD incident report identified the officer involved as Brian Cummings. KARE 11 Investigates looked into Officer Cummings’ past with the department and uncovered federal court documents that show Cummings and another MPD officer were sued for using a taser on a man with mental illness. The officers denied wrongdoing, and the City settled the case for $10,000.

Darnella Frazier, the Minneapolis teen who recorded the viral video of George Floyd's murder, posted on her Facebook page Tuesday evening that Leneal was her uncle.

In the post, which was accompanied by a photo of Leneal, Darnella wrote that the Minneapolis police "took an innocent life trying to catch someone else" and questioned why the officers continued the pursuit.

A GoFundMe has been set up to support Frazier's family and cover funeral costs. According to the GoFundMe page, Leneal Frazier was a father of six and had one grandchild. "He was one of the sweetest people you will ever meet," the post reads.

Darnella Frazier, whose video of George Floyd's murder caught the attention of the world, posted on Facebook tonight that her uncle, Leneal, was the innocent driver killed in a crash involving an MPD officer on a pursuit. @kare11 pic.twitter.com/lBLr8OaqYF

Minneapolis Police Spokesman John Elder said early Tuesday morning that an officer was near North 6th Street and Lowry Avenue looking for a person connected to an armed robbery. When the suspect was seen driving nearby, the officer tried to pull the person over, but they took off.

The officer chased the suspect and was driving north on Lyndale Avenue when the police cruiser entered the intersection at 41st Street and hit a car driving westbound. It then hit another vehicle traveling south on Lyndale.

The occupant of the vehicle heading westbound was killed. The officer was in serious condition with non-life threatening injuries, according to Elder.

No one in the vehicle driving south was injured. There was also a K9 in the police vehicle, but the dog wasn't hurt.

However, a small group of family members related to the deceased driver gathered at the crash scene in the late afternoon and early evening. They described their relative as a loving father who was simply on his way home when the MPD squad car crashed into his car while pursuing the separate robbery suspect.

Raquel Brown, who recorded the aftermath of the crash Tuesday morning on her cell phone and comforted the family throughout the day, said that relatives were "distraught" and "sick."

"They were just with him last night celebrating, continuing with the Fourth," Brown said. "It's sad."