Carry The Load: Retired Dallas firefighter walks in honor of those who died in the line of duty

David Lindsey has walked 170 miles so far in his Carry The Load journey. He remembers and honors firefighters and other heroes who gave the ultimate sacrifice. 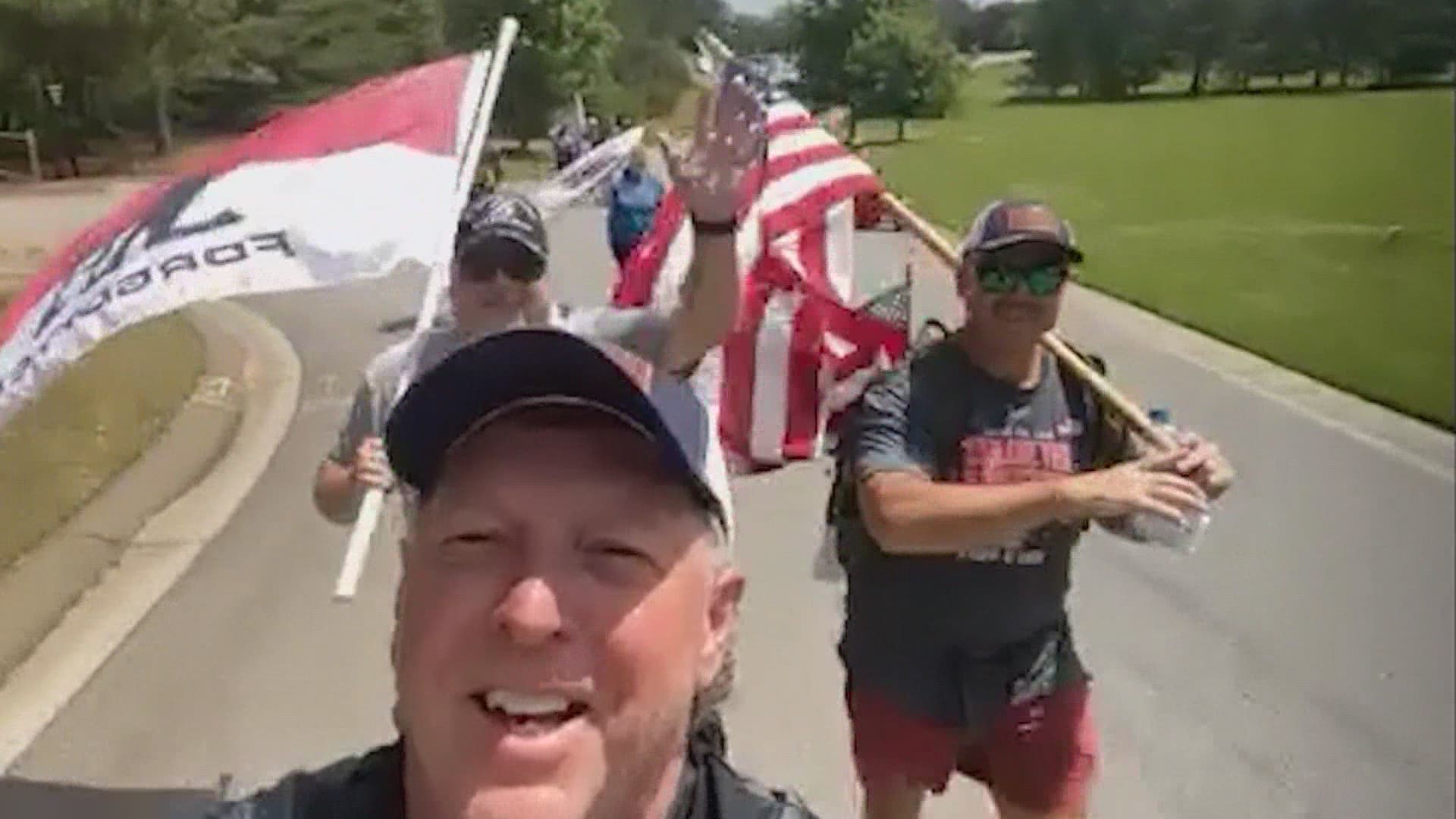 DALLAS — David Lindsey and his team have walked more than 170 miles with Carry The Load. They started at West Point in New York more than two weeks ago, and made it to Georgia National Cemetery on Wednesday.

On May 30, they will make their way back to Dallas at Reverchon Park.

Lindsey is a retired firefighter with the City of Dallas. He spent more than 38 years with the department. To this day, he helps firefighters from across Texas file worker's compensation claims for occupational cancer.

Being a part of Carry The Load is Lindsey's passion.

"The mission is really to restore the true meaning of Memorial Day and to honor those veterans and those police and firefighters that have given their lives in the ultimate sacrifice," said Lindsey.

Every day he walks, he pins the names of firefighters on his backpack.

"In the next couple of days, I'm carrying for Steve Washington and Randy Willmon. I've already done Grant Dalton and Jeff Delbert," he said.

Lindsey is posting a video every day on Facebook to keep people updated on his journey while saying the names of the firefighters he is carrying.

"I want to put Patrick Bergman from Killeen Fire Department on my back. I want to put Dan Kendall from Duncanville Fire Department, and I want to put Brandon Peterson from Lancaster. Those three guys, just this last year, have died from job-related cancer that we know they got from exposures and carcinogens due to firefighting."

It's important for him to say their names so they are not forgotten.

"Today, I am actually walking for two guys. One is Charlie Rogers, and the other is Ed Metters. My second day at work in the City of Dallas, these guys died in the line of duty at a fire in North Dallas," said Lindsey.

He said, "I'll be honest with you, because of the mission that we're doing, I don't even feel my legs."

After 170 miles on his feet and thousands more to go, Lindsey doesn't feel the physical pain. What he feels every day are emotions from the families he meets and the stories he hears.