The number of crashes between pedestrians, bicyclists and drivers have been increasing over the last five years, according to TXDOT officials. 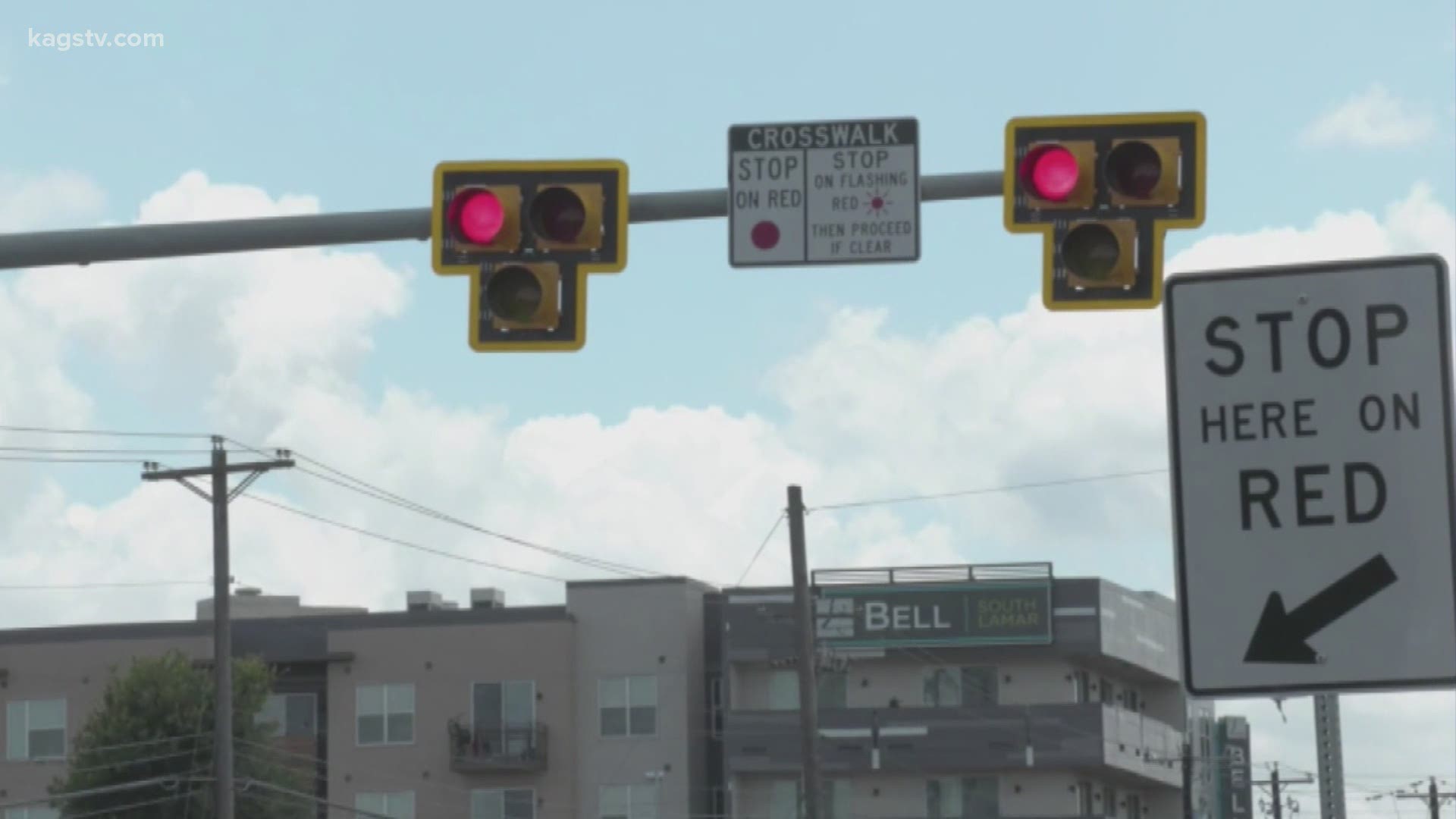 BRYAN, Texas — Drive Smart, Walk Smart, Bike Smart. It's a simple thing to do, but that is the message TXDOT is trying to spread to all Texans on the road. They said the number of fatalities and crashes between motor vehicles, pedestrians and bicyclists is on the rise.

“We’re seeing a lot of increase in both the pedestrian and bicycle crashes and fatalities," said Bob Colwell, who is the public information officer for the TXDOT Bryan District. "That’s the reason that TXDOT is coming up with a campaign to try to get folks more aware because we have more and more people sharing our roadways. We want to make sure they get from point a to point b as safely as possible."

Colwell said many of these kinds of crashes and fatalities happen because people are not following the traffic laws.

“Failure to yield right of way to drivers and pedestrians were among the top causes, followed by driver inattention and speeding," said Colwell. "Also, alcohol impairment was reported in one of every four pedestrian crashes."

Although they’re on a lot smaller of a vehicle, bicyclists need to follow the same laws as motorists.

“Bicyclists have the same rights and responsibilities as drivers and can also be fined for violating traffic laws. They must obey all traffic signals, signs, including red lights and stop signs and ride in the same direction as traffic and yield to the right of way," said Colwell.

Nearly 75% of these crashes happen in an urban area. One of the local hotspots for Bryan College Station is around the Texas A&M campus.

“The greatest number of traffic crashes involving a pedestrian or bicycle occurs in the early evening, but the greatest number of fatalities occur between 9 p.m. and 10 p.m. Another interesting fact is in the Bryan College Station area in 2019, there were 68 traffic crashes involving pedestrians, resulting in 12 fatalities and 20 serious injuries," said Colwell.

Colwell said statistics show crashes mostly among males between the ages of 21 and 49.

“It’s probably because they’re more at risk to take risks when they’re out on the roadway. A lot of them think they’re invisible, and unfortunately they are  not and we’re seeing an uptick in that," said Colwell

He said there is something that everyone can do to ensure each other's safety.

"If you're a pedestrian, remember first you always look left, right then left again before crossing the street. Make eye contact with the drivers. Be visible, especially at night, carrying a flashlight or wearing light covered clothing is a good way to help motorists see. If you're out bicycling, you always wear a helmet. [Wear] lined and reflective clothing and always go with the flow of traffic," said Colwell.

For drivers, Colwell said to always double check for pedestrians and bicycles if you are turning. When passing a bicyclist, give them at least a three foot clearance.

TXDOT asks everyone to do their part and follow the campaign to decrease the number of fatalities and crashes.