Groups as big as 15 people can destroy items together in one of its two rage rooms. The Break Room also offers new 'Splatter Room.' 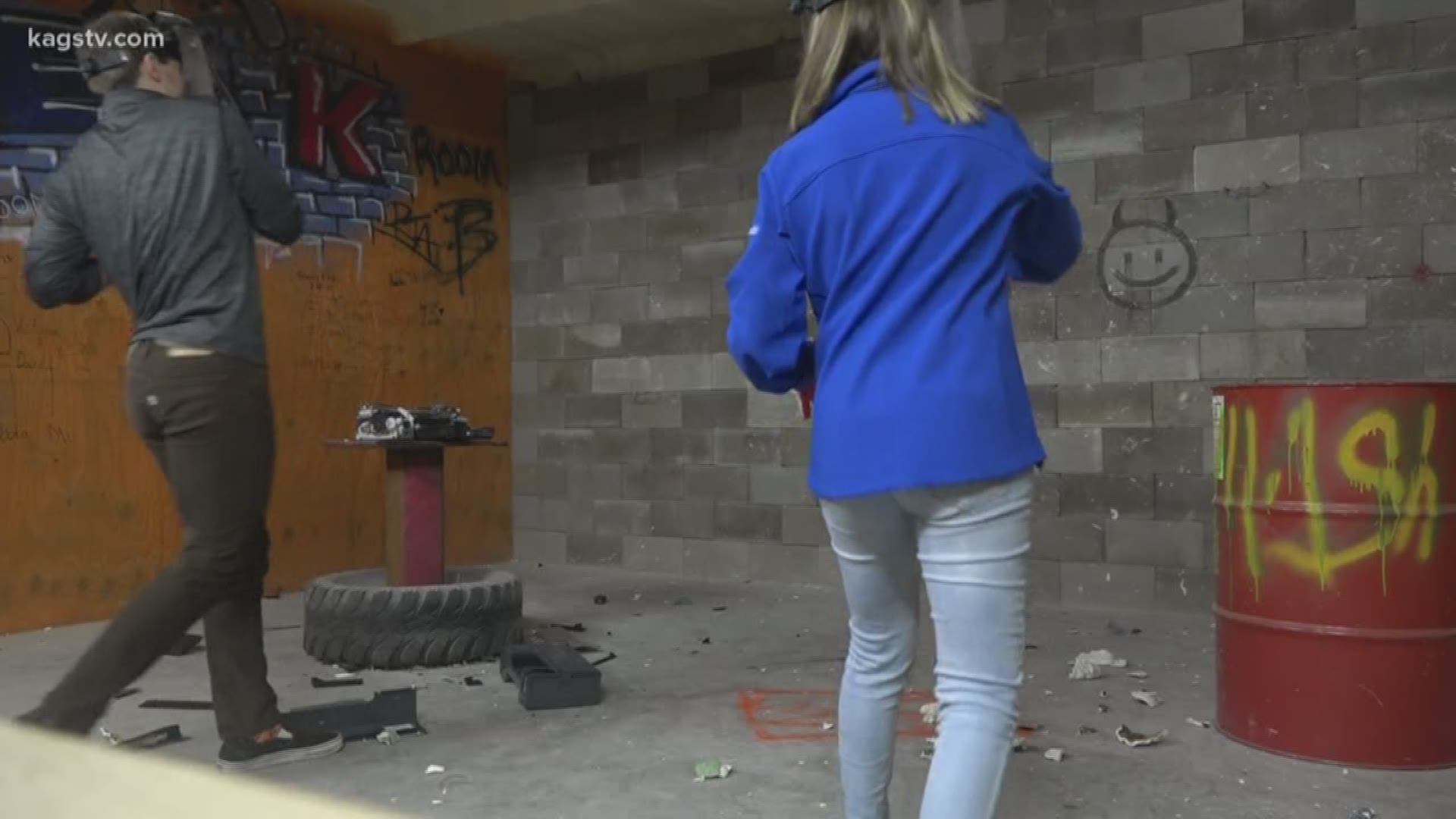 BRYAN, Texas — Looking to do something different for a date night? How about a way to bring that birthday party to the next level? Or maybe just looking to get some aggression out? Give this local business a try.

"We call it the Break Room," said Garland Crabb, the owner. "We don't want to support the rage but feel free to come out and be mad to break our stuff."

The Break Room first opened back in 2018.

"We were in a smaller place with smaller rooms," Crabb said. "We could only do one person at a time."

The idea for the business came to Crabb through his work with storage auctions.

"We had a lot of items that we couldn't sell so we broke them," Crabb said. "It is kind of like when you were a kid, when you saw a bottle in the ditch, you wanted to throw a rock at it to break it- well that carried on into adulthood."

The business has recently moved into a bigger location off Jones Rd. and Villa Maria Rd. Groups as big as 15 people can destroy items together in one of its two rage rooms.

"I guess people who break things together, stay together," Crabb said.

For those who want to make a mess, but breaking things are not up their alley, the Break Room also features a 'Splatter Room.'

"People will get a canvas with 10 different colors and can sling it on the walls or people can paint each other," Crabb said. "Wherever you see fit to throw it."

Whether someone comes in happy or mad, Crabb said most of the time people leave with a smile on their faces.

The Break Room has partnered with the Brazos Valley Food Bank. If someone donates 10 cans, they will get an extra electronic to add to their break.

Tuesday forecast for the Brazos Valley

WHO: 70% of COVID-19 patients in China have recovered