The incident happened around midnight Wednesday on Lanark Loop in Pflugerville. 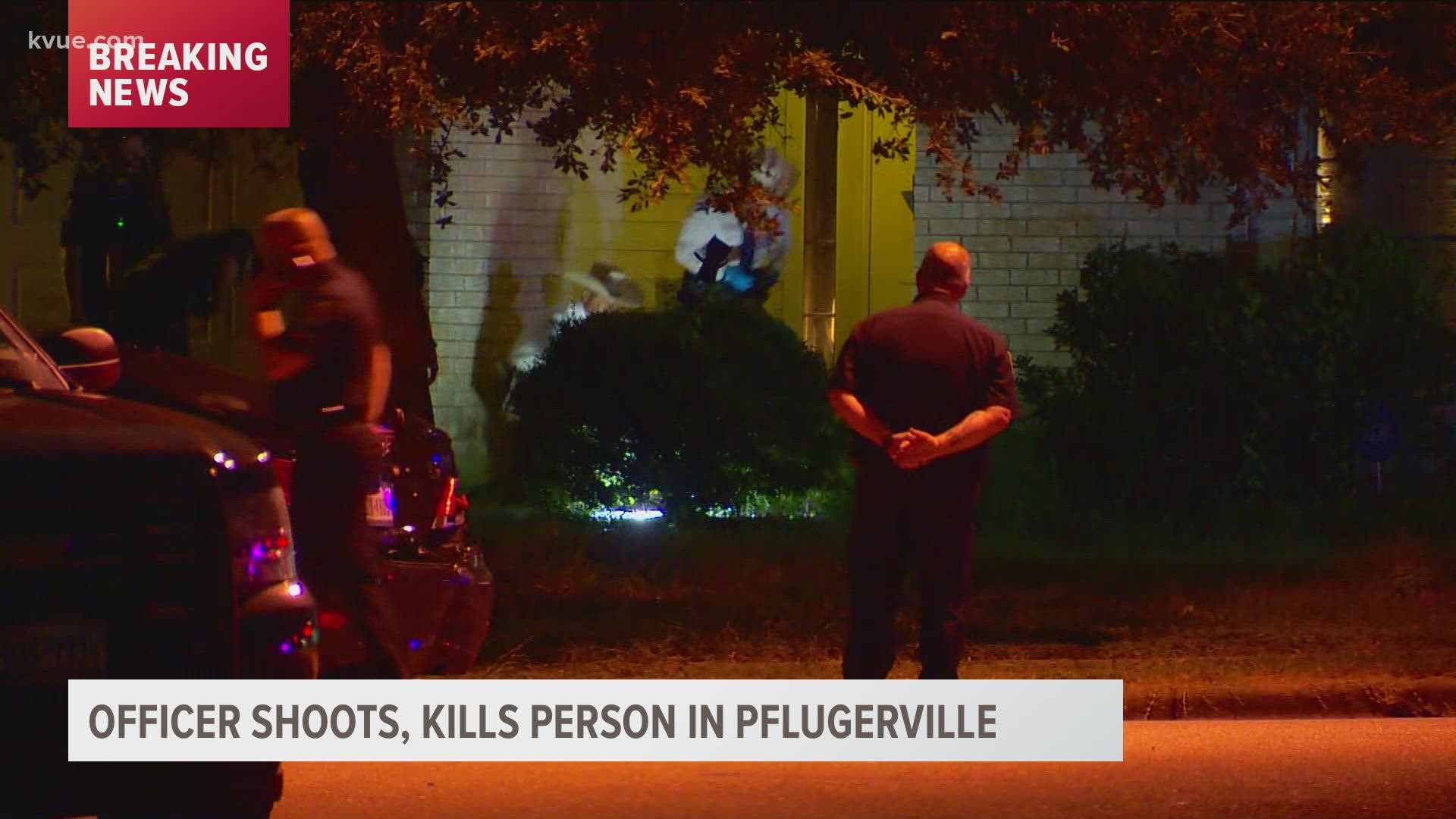 PFLUGERVILLE, Texas — The Texas Rangers are investigating after a Pflugerville police officer shot and killed a 72-year-old man during a disturbance early Wednesday morning.

Officials say at approximately 12:04 a.m. on Wednesday, Aug. 18, the Pflugerville Police Department responded to multiple disturbance calls in the 1000 block of Lanark Loop, near Windermere Primary School. Callers said a resident of the home had a gun and was actively breaking down a bedroom door.

Officers arrived on the scene and shortly after, around 12:08 a.m., an officer shot the man, identified as Ronald Zavaglia. He was pronounced dead on the scene.

The officer who discharged his weapon is Officer Ian Clark, who joined the Pflugerville Police Department in October 2017 and has five years total law enforcement experience.

Pflugerville police called in the Texas Rangers and the Travis County District Attorney's Office Public Integrity Unit to lead the investigation into the incident. The investigation will include a review of body-worn camera video.

Officer Clark has been put on administrative leave pending the outcome of the investigation.

No additional information is available at this time.

Refugee services working to settle hundreds of Afghans in Texas