If you hit a pothole, immediately go and get your vehicle checked. 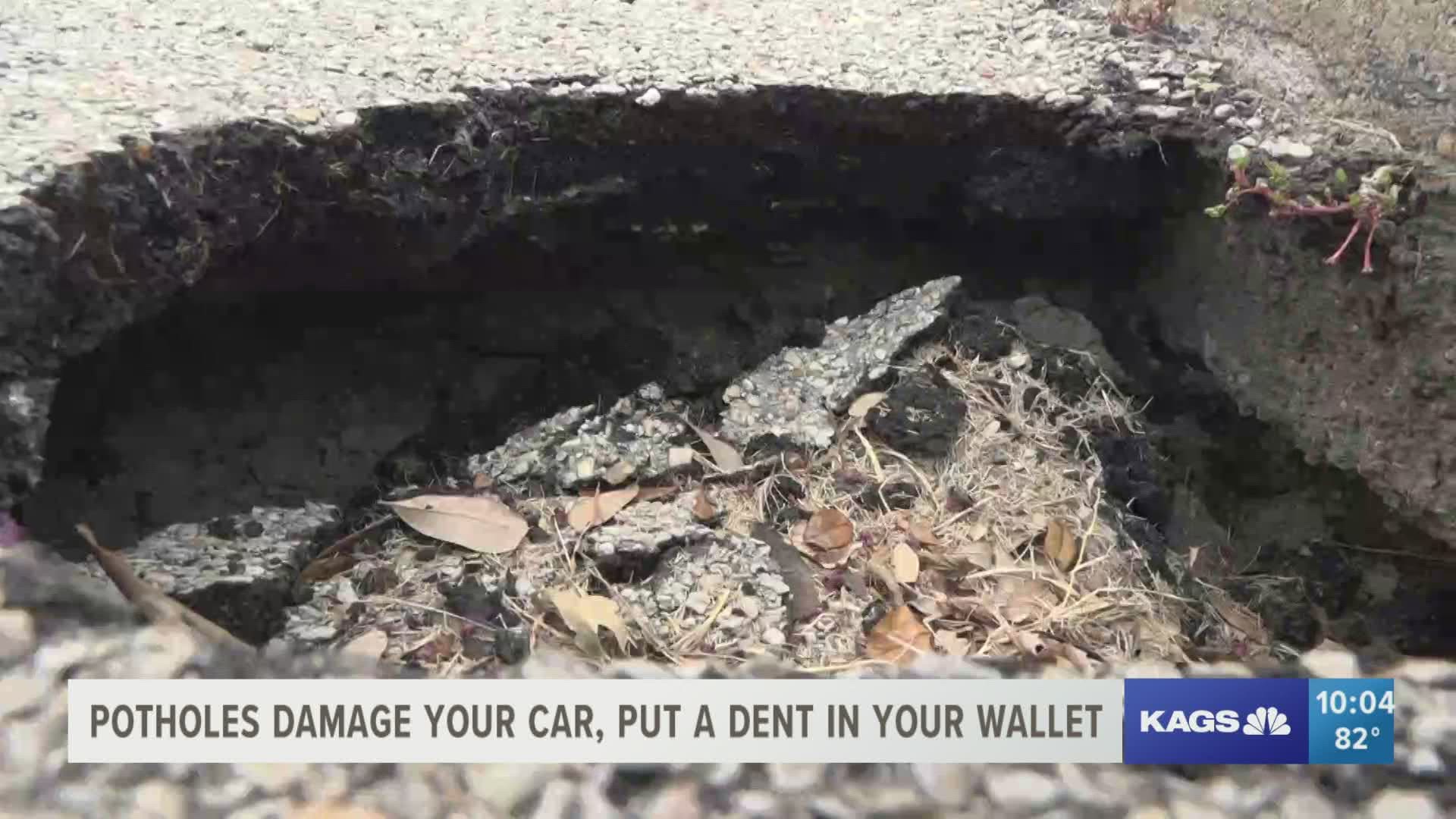 BRYAN, Texas — Roads of any kind can contract and expand depending on how hot or cold it gets.

“The bigger temperature change you have, the more contraction you’ll have which leads to cracks and breaking,” KAGS Meteorologist Bob French said.

When it rains, water seeps into those cracks causing erosion and soon, you get a pothole.

“If they don’t get repaired, they get bigger and bigger,” French said.

Ranging from small to massive, potholes can be damaging to not only your vehicle but also your bank account.

“You just damage your tire, not a big deal, maybe $100-$200 for a new tire,” Service Manager at Pete’s Auto Care Center Johnny Uresti said, “But let’s say you bend your rim, damage your tire, you hit your suspension and then you cause other components to wear out, you can go up to a couple of thousand dollars pretty quickly.”

Sometimes they come out of nowhere, right? You try to avoid them, but it’s just too late.

I found out how potholes form, how they get fixed and more.

Uresti said if you hit a pothole, immediately go and get your vehicle checked.

The best way to avoid a pothole is to get it fixed, meaning you need to report it to your city’s street department.

“We get it, process it, see if it’s something we can fill in and take care of that day, or if not, we try to handle them in at least 24-48 hours,” Streets and Drainage Supervisor for the City of Bryan Stacy Liner said.

But, if it’s raining, that 24-48 hours can be stretched because Liner said it’s not a good idea to patch a pothole in wet weather.

“Unless it’s a big hazard to the public, then we will do something to take care of that as well.”

There are times when it’s not necessarily a pothole Liner said, it’s a base failure.

“When you have a base failure, it’s a little more work involved to excavate and repair that area, than running out there and putting some patch material in the hole and the traffic is able to have the area back, it takes a little longer to do that,” Liner said.