Organizers said Saturday, July 4th is the perfect day to have the protest because it's for all victims who have suffered violence and abuse in the military. 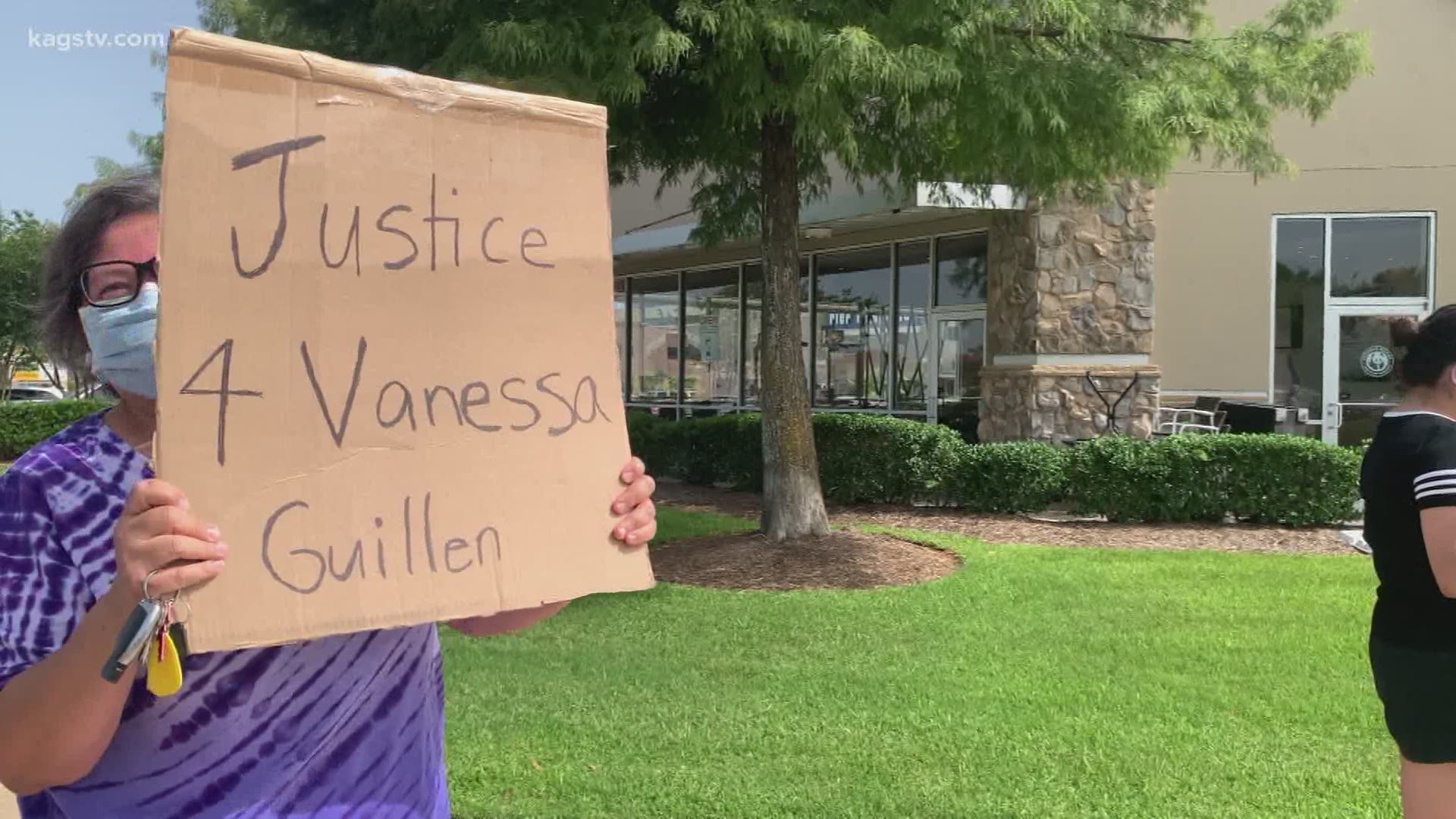 COLLEGE STATION, Texas — A protest for Vanessa Guillen, the Fort Hood Army specialist who went missing on April 22nd, will be held Saturday, July 4 at 5 pm in College Station. It is believed the remains found in Little River Academy near the Leon River bridge are those of Guillen. The tests have not yet confirmed the identity of the remains, but the official search for the missing soldier has been called off with searchers confirming there were other articles of evidence at the scene that are related to Guillen.

"The purpose of this protest is to demand accountability and justice," said Carlos Espina in a statement issued to KAGS about the protest. "Vanessa signed up to serve, hoping to build a better future for herself and her family, but was let down by an institution which for months has tried to cover up the truth."

#JusticeforVanessa Demonstration in College Station. Protesters are lining up on the 1400 block of S Texas Ave, demanding justice for Spc. Vanessa Guillen, the Fort Hood soldier, believed to have been found dead earlier this week. Guillen's friends and supporters say she was being sexually harassed on the base, something many soldiers across the country also shared with the#IAmVanessaGuillen hashtag. Read more: Organizers said Saturday, July 4th is the perfect day to have the protest because it's for all victims who have suffered violence and abuse in the military. https://www.kagstv.com/mobile/article/news/local/protest-planned-for-vanessa-guillen-in-college-station-on-fourth-of-july/499-716214a2-c957-4288-9876-0afd01c15c8e

RELATED: 'They should be ashamed' | Family of Spc. Vanessa Guillen puts Fort Hood on high alert

Guillen's family said the Army and Fort Hood are covering up she had been sexually harassed on base. Investigators with the Army CID said they found no evidence the sexual harassment happened, leading supporters to say it is a cover-up within the military.

Protesters were already standing on the 1400 block of South Texas Avenue Friday, holding signs of support for the Guillen family and the demand the military hold itself accountable. They believe sexual harassment on army bases around the country is rampant issue and needs to be addressed. Espina said to hold the protest on the 4th of July is exactly the right time.

"What we're trying to say is we can't have a normal 4th of July when we have people who signed up for this country disappearing on Army bases," he said. "Just being abused, brutalized on army bases and then the military is covering it up. How can we have a holiday to celebrate these people, celebrate our country when this is going on in our country?"

Espina said those who come down to show their support need to social distance and stay peaceful. Protest organizers will supply masks, signs and water for demonstrators.

"We refuse to be quiet," Espina said, "until we achieve justice for Vaness'a family and structural change in the military to ensure this never happens again."

RELATED: Disturbing details reveal what happened to Vanessa Guillen the night she disappeared from Fort Hood