As the country discusses police reforms, Aurora City Council will soon be tasked with approving a new chief of police after the city manager chooses a candidate. 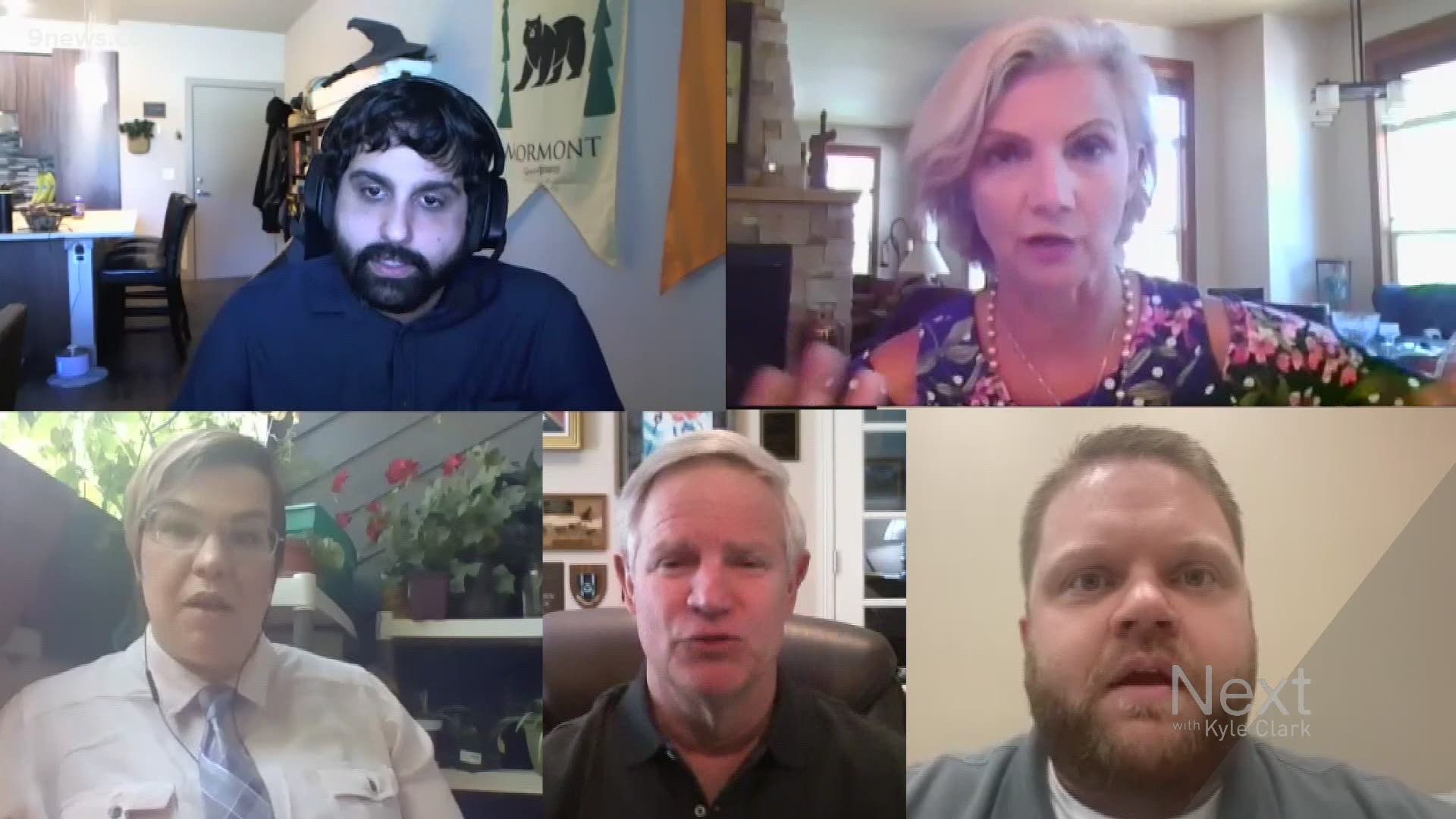 AURORA, Colo. — It turns out the line of riot police that emerged to push people out of a park in Aurora on Saturday did more than just divide protesters. The Aurora Police Department’s use of force is also dividing Aurora City Council, which will soon be asked to approve a new Chief of Police.

The images of Aurora from Saturday night won’t soon be forgotten. Aurora Police say officers pushed people out of the protest area after officers were hit with rocks, people in the crowd began donning helmets, and a small group of protesters was spotted with weapons.

But depending on who you ask, you’ll get a different answer on whether police used the proper amount of force to clear people from the protest intended to demand justice for Elijah McClain. Police declared the protest an unlawful assembly and warned people to disperse before moving in with pepper spray, batons, and less-lethal weapons.

RELATED: The death of Elijah McClain: Everything we know so far

9NEWS spoke with five of the 11 members of Aurora City Council on Wednesday to hear their takes on what transpired. Tuesday night, they took part in a special council meeting called to hear from Aurora Police about its use of force.

Soon, the Aurora City Manager will present his choice for the new Chief of Police out of four finalists, including Interim Chief Vanessa Wilson.

It’ll be up to council to approve the new chief. Council is divided.

Below is a list of questions posed to council members by 9NEWS and their responses, in part. 9NEWS spoke with council members Juan Marcano, Francoise Bergan, Alison Coombs, Curtis Gardner and Dave Gruber.

9NEWS: Were you satisfied with how Aurora Police defended their use of force during Tuesday's special council meeting?

Gardner: I was glad to see that Aurora Police and Chief Wilson specifically seemed very willing to answer all the questions we had. There were some tough questions, and I think there should be after what happened Saturday.

Gruber: I would have preferred them to communicate better to somehow or another let people know that things were starting to go south... There were folks who were actively trying to break through the barrier in front of the police station and they needed to be dealt with.

Coombs: I’m glad we had the opportunity to ask questions but ultimately I will not be satisfied until we see the video that demonstrates there was a real threat from the protesters.

Bergan: The police department did have intel that there were going to be some groups there to disrupt, so they had to take those measures to make sure to protect the public as well as the police headquarters.

Marcano: I think they left a lot of things unanswered. Some of the responses they gave were basically, wrong place, wrong time, there’s going to be collateral damage.

9News: How do you view the events that transpired on Saturday night after police in riot gear cleared people from the protest?

Gruber: There were a lot of people who went to the violin concert with helmets and rocks and sticks and combat first aid and milk for pepper spray that were obviously there for much more than listening to a concert.

Coombs: I’m just disappointed. I thought we were at a point where we all agreed, including the chief and other members of leadership in the department, that we need real change.

Bergan: You would think people would abide by those orders. My concern is, are we getting to a point where police give lawful orders and no one abides by them?

Marcano: When the riot cops showed up, everyone began to panic, and justifiably so because we had no idea what was going on.

Coombs: Chief Wilson did paint a picture of change and I appreciate that, but in light of this event, I’m having to reevaluate who I’m going to support for that position.

Marcano: I am really unhappy with the answers I got yesterday.