Life with Quads: Bryan Quadruplets get ready to take on kindergarten

The Pride family welcomed their quadruplets on July 15, 2015. Five years later the quads are getting ready to tackle a big milestone. 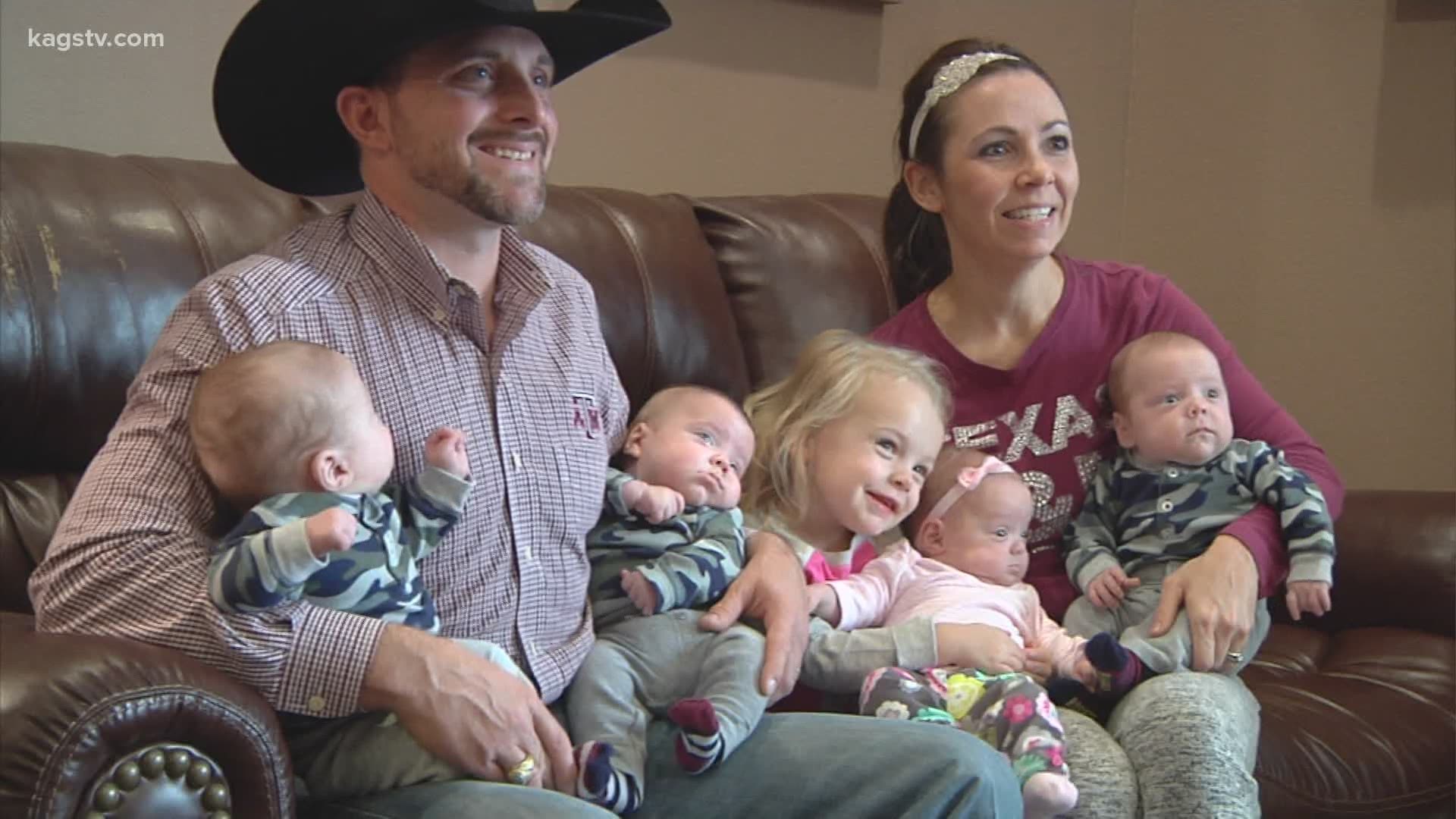 BRYAN, Texas — You might remember the Pride family who welcomed quadruplets back in 2015. Five years later the Pride quads have grown some and are getting ready for some big milestones.

Along with big sister Parker, the quads, Peyton, Pecos, Powers and Porter, have become built in best friends according to dad, Trent Pride.

“They got built in backup and it helps them with confidence because they don’t roll alone," said Trent. "They’re going together somewhere.”

In the next few weeks, the Pride quadruplets will start kindergarten. Not only are the quads excited, but mom and dad also are ready for the new chapter in their lives.

"I think I have been waiting five years for this to happen," joked Niki Pride.

Despite this excitement, they are disappointed they can’t be there to do all the typical things you would do when you send your kids off on the first day of school.

“They’re my babies, they’re [my last ones]," Niki Pride said. "We had hopes and visions of walking them in and meet the teacher. A lot of that’s being taken away.”

The family is trying to stick to the positives, as well as ingrain proper hygiene and how to stay safe during the pandemic while at school into their children.

"You know, all families are dealing with it," Trent said. "The more normal you make it seem to the kiddos, they don’t know any different. Everything will work out, you just adapt and overcome.”

You haven’t filmed something until you’re chasing quadruplets around a playground, then they tell you we’re playing tag now and you’re it. pic.twitter.com/neiPDDGlD4