What you can do tonight to help prevent these attacks. 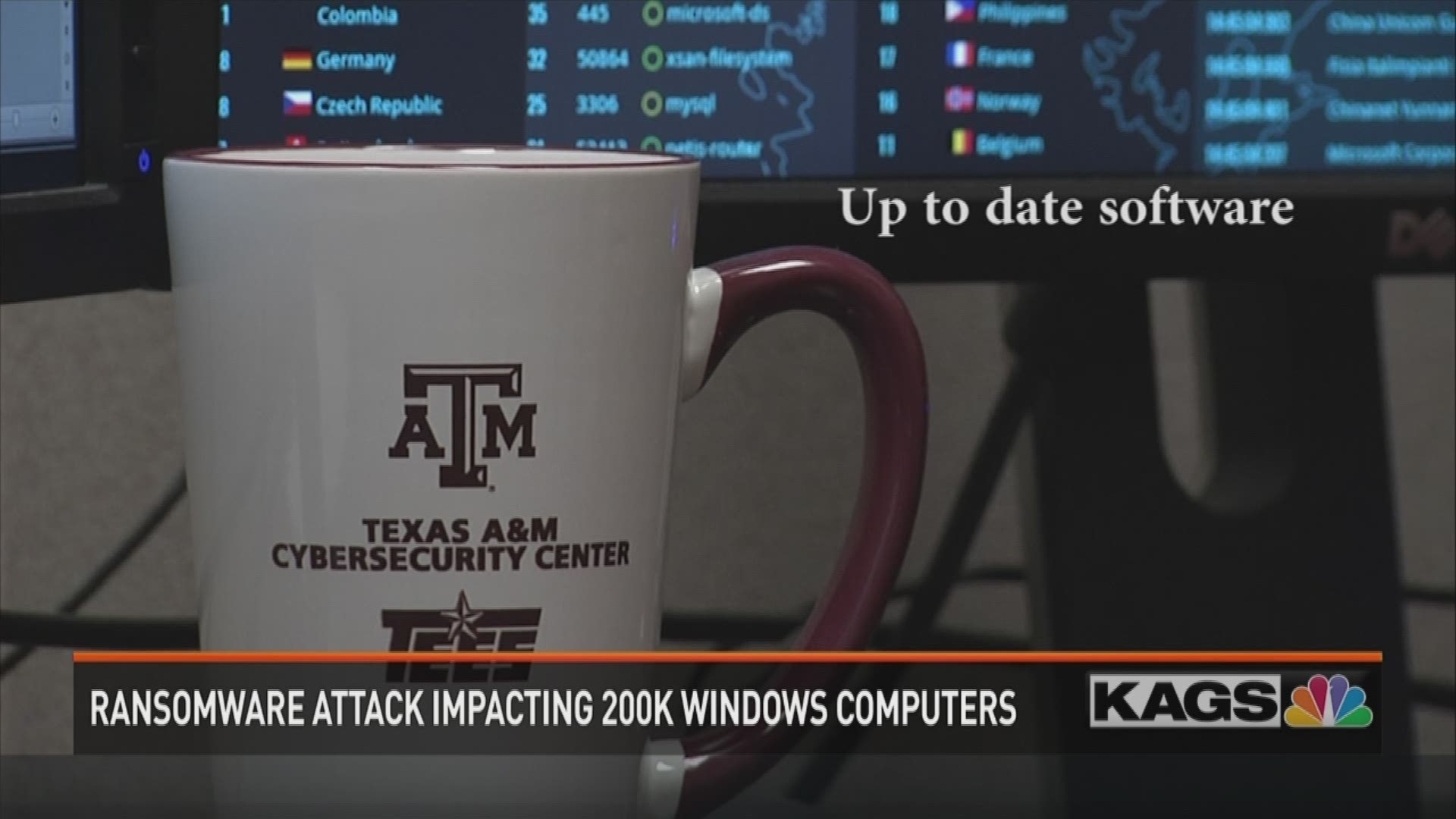 COLLEGE STATION, Texas -- Computers around the world were halted by a rasonomware that exploits a Microsoft Windows fault that was originally discovered early this year.

"WannaCry" as it's known, is a type of computer virus that locks out files, and demands the user to pay money to break that lock.

This cyber attack affected over 200, 000 Windows Users around the world using an outdated version of windows, most notably a hospital in the UK

“It disrupted their activities, when you disrupt a hospital, you potentially put people’s lives at risk," Dr. Daniel Ragsdale said, the director of cyber security at Texas A&M University.

But an achilles heel in the virus prevented this ransomware from spreading to to other computers, but Dr. Ragsdale predicts another one could be in the works.

“Someone can write a new version of malware, this story potentially is not over," Dr. Ragsdale said. "But the fact that we have a security industry that is focus on keeping our systems more secure. And because of their analysis, that damage that could have been caused was greatly reduced”

Dr. Ragsdale recommends using up to date computer software, being cautious with email attachments, and by using a password manager software.