Remembering the life of Timothy Smith

The life of 40-year-old Tim Smith is continuing to be remembered by his friends. 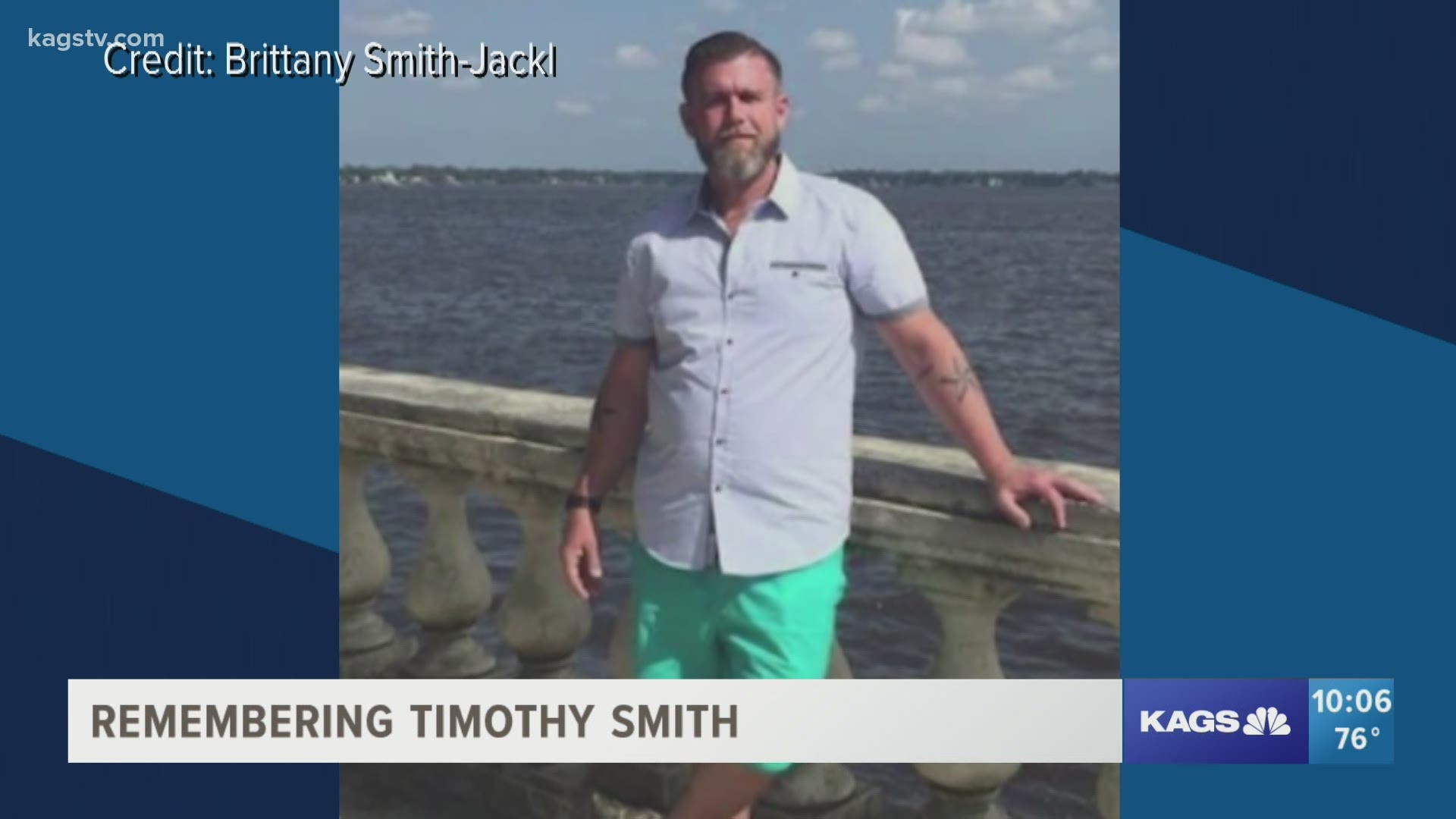 Smith is remembered as a man who worked hard and cared for those around him.

Ethan Edwards and Brant Jensen worked with Smith for three years at Madden’s in downtown Bryan.

Edwards, Tim’s coworker, said when he started working at Madden’s, Tim was the senior server and liked to lead with some authority.

Hear from two people that worked with Tim Smith, the 40-year-old who was killed in the Kent Moore shooting last week.

Tonight, you’ll hear from them on their three years of memories from working with Tim and how they’ll continue to honor him. pic.twitter.com/1on4xfXdpP

Edwards said he has tons of memories of Tim but his favorite was when he broke out dancing at work.

“I guess he was a break-dancer back in the day,” Edwards said.

“One day when we were cleaning up, he decided to start break dancing, showed us some vintage-Tim. He spun on his head on the wooden floor and that was impressive,” Edwards said.

Edwards said Tim would open up to him about what his kids were going through.

Edwards said Tim wanted to spend more time with his kids but didn’t always have a chance to.

“I know he absolutely adored his kids. He would always tell me how he was just so proud of his kids,” Edwards said.

“He said he could tell his youngest kid was going to be so smart. He said they were both on a very good path. I know he was extremely proud of them.”

Jensen, Tim’s general manager at the time, said when he found out Tim was the person who died in the mass shooting, it broke his heart.

When Tim started working at Madden’s, Jensen said he was struggling in life and it was sad to see him build himself from nothing to where he was at before he passed away.

“It was really sad to see all the get taken away from him because I’m so proud of what he really made himself into and how he changed his life for the better,” Jensen said.

“That guy was a very unique character but he was someone that you love to be around,” Jensen said”

“He was someone that really drew people in, he made you feel comfortable and that’s how I’ll always remember him,” Jensen said.

A visitation will be held from 3:00 to 6:00 p.m. on Thursday at the Antioch Community Church in Bryan.

Tim’s funeral is set for Friday at 11:00 a.m., also at the Antioch Community Church.

He will be buried at the Bryan City Cemetery.