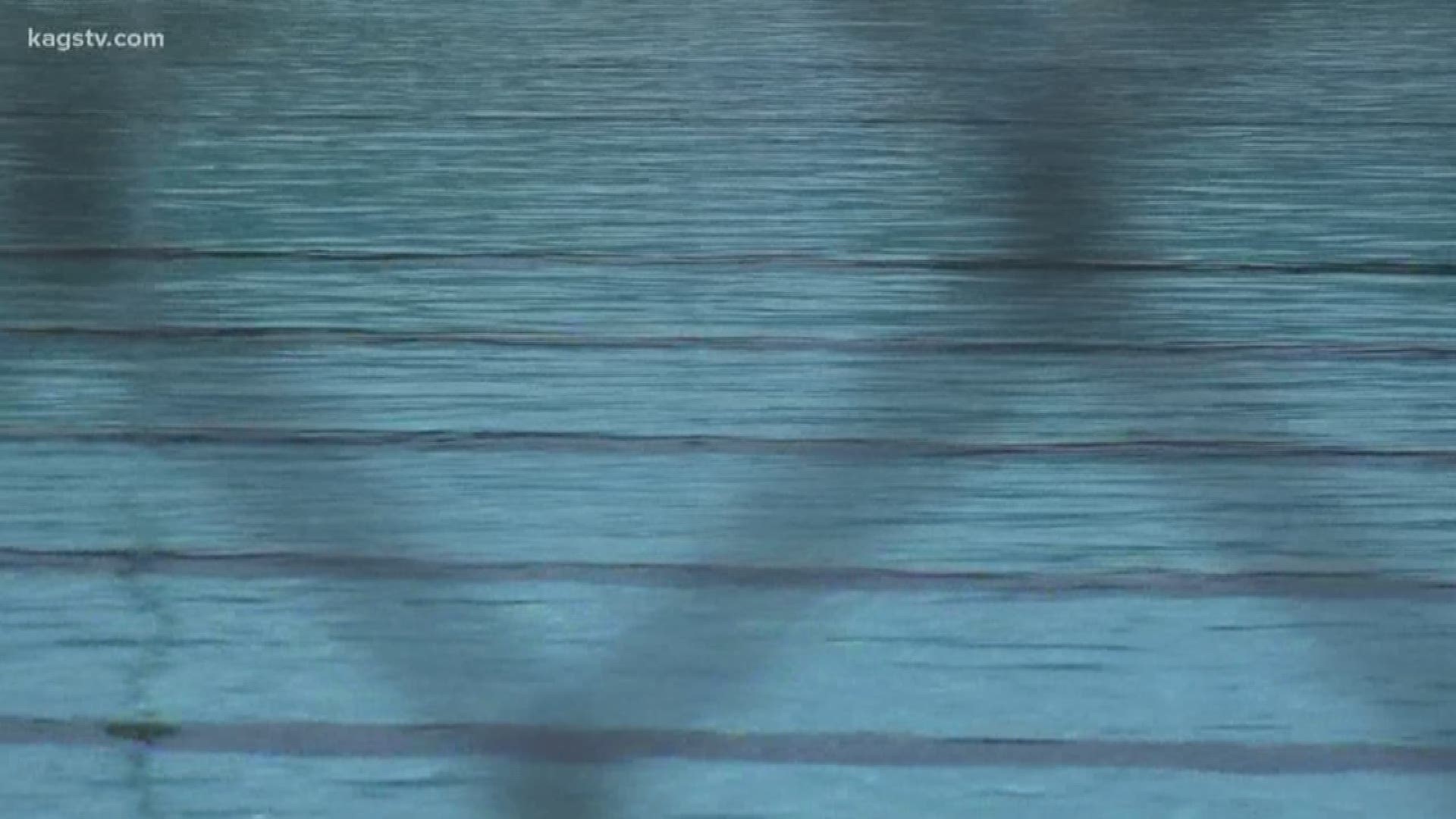 COLLEGE STATION, Texas — As summer approaches one of the number one things on most people's minds is, 'When can I jump in the pool?'  While a month ago the idea of public pools in Texas being open for summer may have seemed ambitious, the state is now allowing just that but only at a 25 percent occupancy.

"We're hopeful that by the first part of June we'll be open completely," said David Schmitz, the director of the Parks and Recreation department from the city of College Station.

Typically the city of College Station's public pools and aquatic facilities open on Memorial Day weekend. That is not the case this year.

If the Parks and Recreation department do get to open the aquatics services at the beginning of June, not all pools will be open.

"Due to the fact that we think we're going to have a budget shortfall, we're actually looking at only opening our major facility, Adamson Lagoon," Schmitz said. "That would be the only one that we're going to be operating."

The Parks and Recreation department is hopeful there can be swim lessons going on at Adamson Lagoon, but it depends on guidelines concerning COVID-19 moving forward.

"Swimming pools there is no evidence that we know of that the virus that causes COVID-19 can be spread through the water in pools, hot tubs, spas or water play areas," said Dr, Seth Sullivan, the alternative health authority for the Brazos County Health Department.

The Parks and Recreation department also plans on having all of the city's splash pads operating. They'll get a better idea of when to open after May 18.

"Whether it would be June 1, a couple of weeks after that, and see where we are at," Schmitz said. "We might push it out later in June, might even be July. We just have to be flexible."

Gov. Greg Abbott has set health guidelines and protocols for people planning on visiting a park, beaches or open body of water.

KAGS has reached out to the city of Bryan who is working on finalizing reopening plans for their pools.

RELATED: VERIFY: How to make sure your stimulus check is real