In just two days, a GoFundMe helped the business raise nearly $45,000 to help with repairs after strong storms partially collapsed the roof. 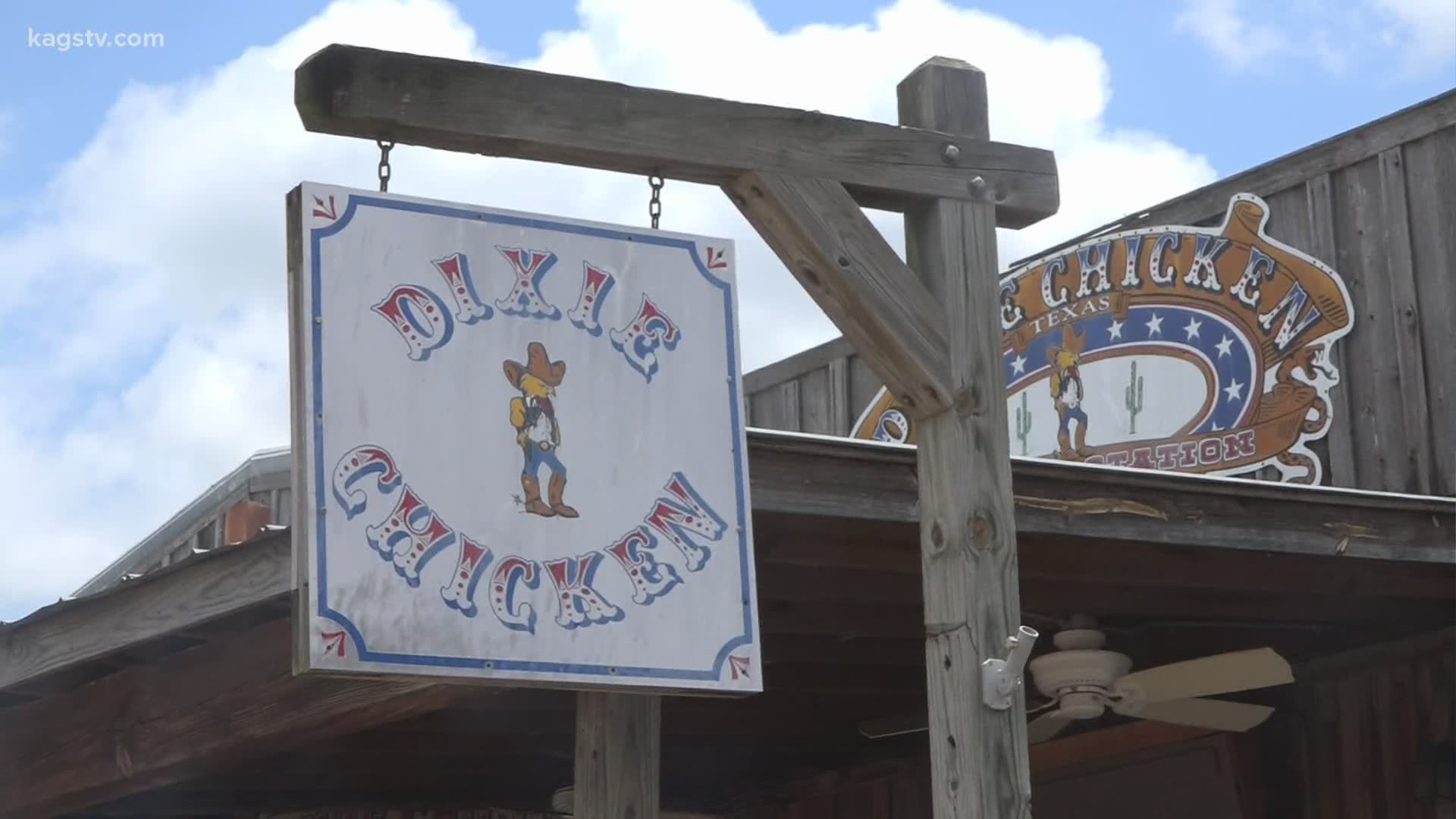 Aggieland Bucketlist has reached out to KAGS, saying a portion of the sale of its t-shirts went to the official Dixie Chicken fundraiser. The article below has been updated to reflect that.

The Dixie Chicken in College Station sent a warning to people after reports surfaced of a fake fundraising account linked to the restaurant and bar.

The owners said a GoFundMe, which raised nearly $45,000 in two days, was started by friends of theirs after the roof of the building partially collapsed. The money and help from the community allowed them to open within just a couple of days. The restaurant's owners said they have not authorized any fundraising outside of the GoFundMe started Wednesday.

It took strong storms to collapse the roof of College Station's iconic Dixie Chicken, but it appears the Spirit of Aggieland is much stronger. Just two days after hail, heavy rain and damaging winds caused the roof of the restaurant and bar to partially cave in, the business is ready for customers.

The owners of the "Chicken" took to Twitter, expressing their humble gratitude to Student Bonfire, College Station and Bryan Fire Departments, the College Station Police Department and several other local businesses for their hard work in getting the place up and running again.

If you know College Station, then there is no doubt you know the "Chicken", a.k.a. Dixie Chicken. It's a good bet that you've stopped by to visit Sneaky Snake and racked up a table to shoot some pool. If billiards isn't your style, then the burgers and brews kept you satisfied as you felt the full "experience of a real Texas honky tonk" its owners said.

Don Ganter founded the business in 1974 and its been run by his daughters, Jennifer and Katy since his death. The Dixie Chicken has been in business more than 40 years, and even with the COVID-19 pandemic shutting its doors for a short period of time, the owners said in a statement sent to media outlets "the Chicken has never closed."

But in the early evening hours of Wednesday, that changed quickly as a series of storms rolled throughout the Brazos Valley, bringing heavy rain, damaging winds and up to golf-ball sized hail to the area. The business was open in limited capacity, as allowed for Gov. Abbott's Phase II of Reopening Texas. Employees began moving customers out of the building as rain pounded down on the roof.

Moments later, the roof partially collapsed, but thanks to the quick thinking of employees, no one was hurt, according to the statement. Sneaky Snake was rescued and also was not hurt. The statement said she has found a temporary home.

“We’ve read all of the tweets, Facebook messages, and more and feel truly humbled by all of those who care so much about our family’s restaurant,” owner Jennifer Ganter said in the issued statement. “Our goal is to open back up as soon as possible and continue to serve Aggies and visitors. With the help of our friends and the community, we’ll continue to be here for another 45 years and beyond.”

If you would like to help one of the area's most iconic hotspots, a GoFundMe has been established. In less than 24 hours, it has already raised nearly $30,000 with a goal of $50,000. 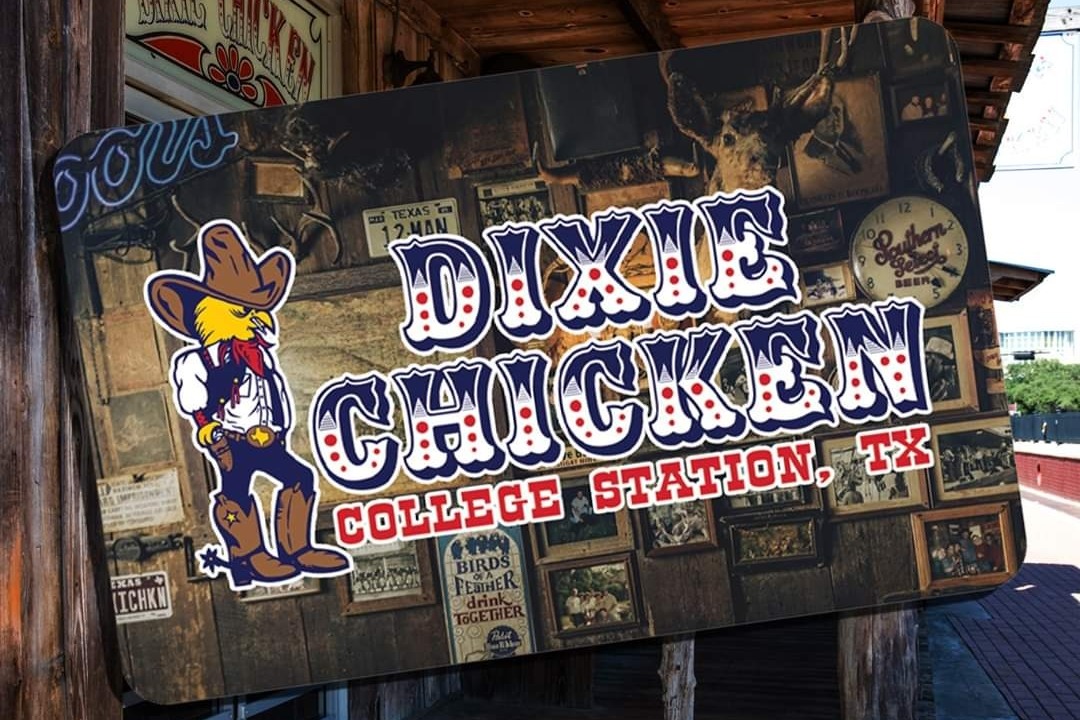 Dixie Chicken Strong organized by Hunter Shurtleff
The Dixie Chicken needs your help. Since 1974, the Dixie Chicken has remained timeless - generations of Aggies, Texans, and visitors have walked through the same swinging doors for a great burger or a cold beer. For over 40 years the "Chicken" has never closed.