Kyle Field will not be open to the public for the season's first Yell Practice this year. Instead, Aggies are being asked to tune in via live broadcast or online. 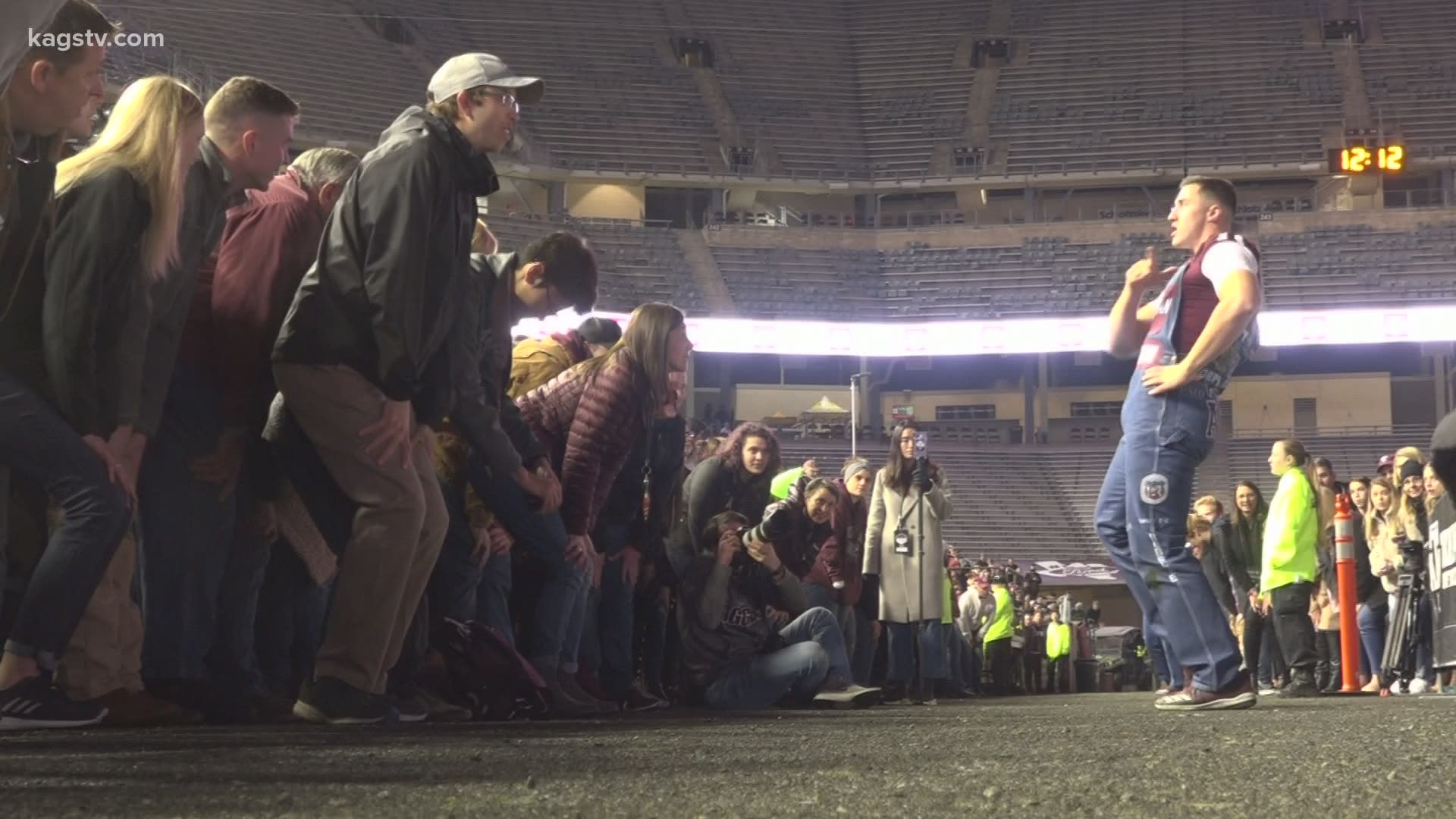 COLLEGE STATION, Texas — Midnight Yell Practice is an Aggie tradition that's been going on for more than 100 years. In the year 2020 where nothing is quite the same, the event is having to adapt to changes too.

Kyle Field will not be open to the public for the season's first Yell Practice. Instead, Aggies are being asked to tune in via live broadcast or online.

“We’re there to be a light to a lot of Aggies in these dark times," said Kyle Medlock, a member of the Fightin' Texas Aggie band.

The only people in the stadium will be yell leaders, the Aggie band and Parsons Mounted Cavalry members along with a production crew and media pool.  Fans can watch on KAMU-TV and its live stream, or on Texas A&M social media, including Facebook Live, Instagram, YouTube and Periscope.

"As you all know, this is far from the normal year," said Keller Cox, the head yell leader. "This is what we envisioned the best way to give people a live experience, while also keeping with the tradition of Midnight Yell and hopefully being able to invite students.”

Yell leaders said it depends on case numbers in the area on whether or not students and other Aggies will be allowed in for yell practices before other games this season.

"We’ll do our best to roll with the punches as we go along," Cox said.

Cox said he feels a huge sense of responsibility heading into the first practice with an all virtual audience. However, a season unlike any other is not going to get him down.

“If I were to keep saying, ‘Aw, I wish we could have more students at Kyle Field.' Then that shows," Cox said.

He is ready to go all-out Friday and help others feel the Aggie spirit wherever they are watching.

“If we’re not pumped up about what we are doing, then how can we expect other people to be pumped up?” Cox said.