Senate Bill 6 could make changes to the Texas legal process

The bill will require defendants accused of violent crimes to pay cash for their bail. 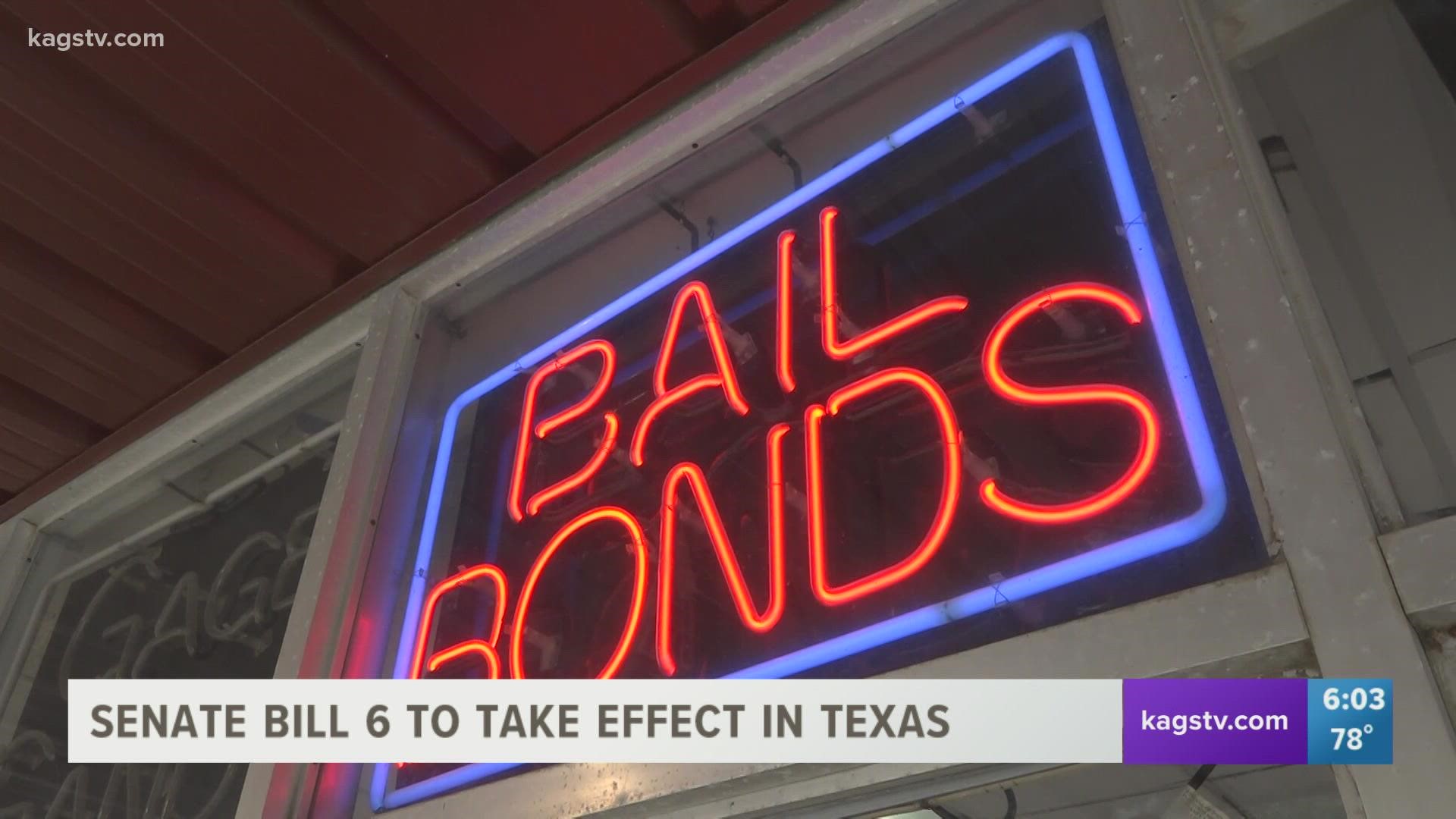 BRYAN, Texas — On Tuesday, several experts weighed in on how a new State law could potentially affect the legal process in Texas regarding trial proceedings.

Senate Bill 6 suspends the option for personal bonds for those accused of a violent crime. Meaning if a person appeared in court and could make their set bail to be released, they would either pay a cash bond or pay a percentage to a Bail Bond business. Options like ankle monitors would not qualify as an option for defendants accused of violent crimes after the law takes effect.

In yet another move backward for Texas, Gov. Abbott signed #SB6 into law today.

Even more Texans with limited resources will be forced to remain in jail pre-trial while those who are able to pay money bail can purchase their freedom.

Our fight for safety and justice continues.

Gage Gandy, a Bryan bail bondsman, said the state created the bill to try and curb some of the violence seen in bigger cities in Texas.

“You got guys killing people out on bond, personal bonds, stuff like that,” Gandy said, “This bill set out to stop that.”

Jay Granberry, a Bryan criminal defense attorney, said that judges in Brazos County would face the most significant change once the state enforces the bill.

“That kind of shackles the judge,” Granberry said, “The judge is there for a reason, he or she has been elected and they can take all the circumstances to mind and make a proper decision.”

Senate Bill 6 will take effect starting on the first week of December.