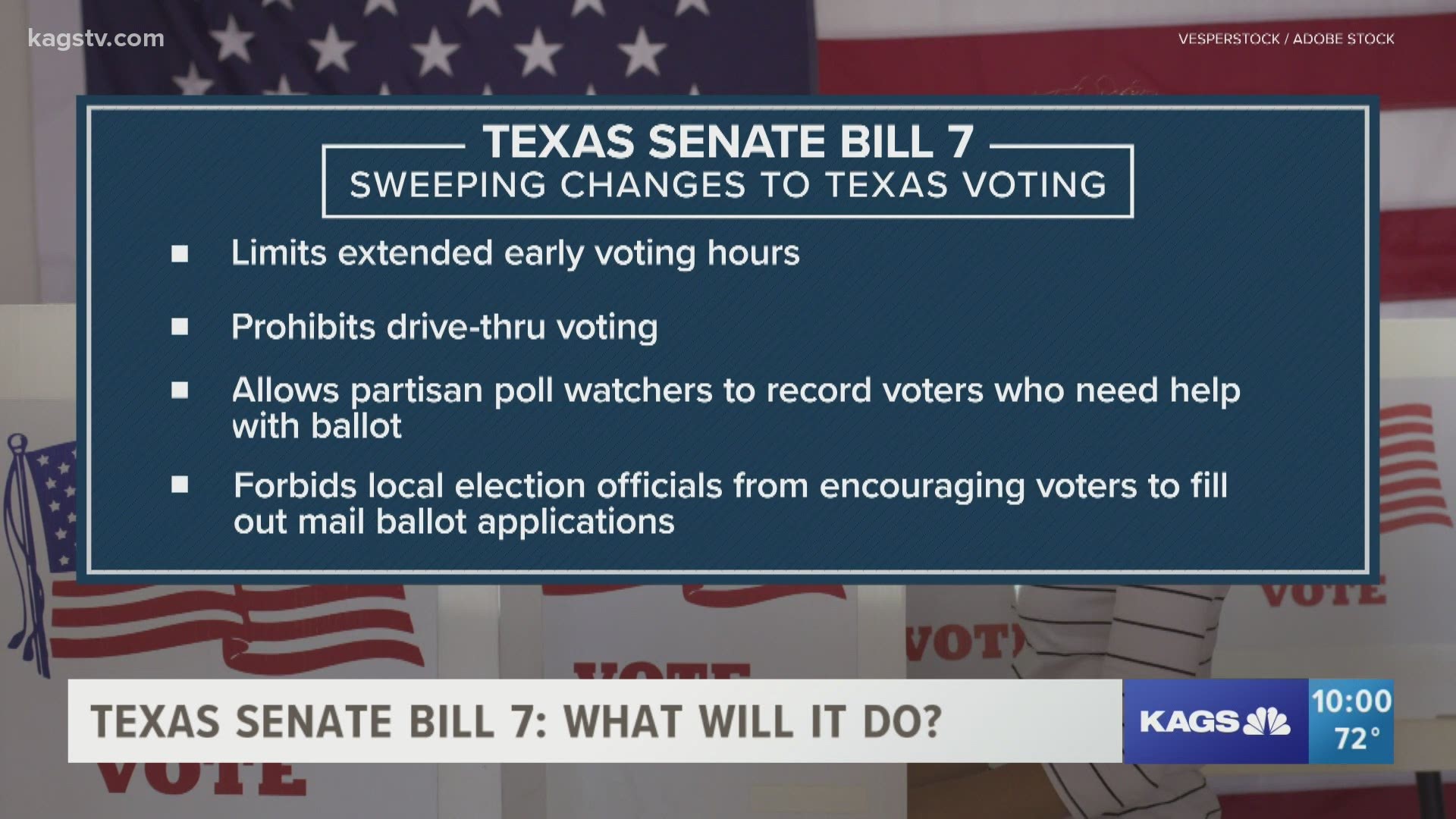 SB 7 would limit extended early voting hours, prohibit drive-thru voting and make it illegal for local election officials to proactively send applications to vote by mail to voters, even if they qualify.

Kirby Goidel, Texas A&M University Professor of Political Science said some people will say this bill is to make sure voting is fair and that each vote is legally cast.

Goidel said opponents of the bill are taking a very different view of the bill and instead believe it is a restriction on voting rights.

"A lot of it is based on the fact that in 2020, we had a really high voter turnout,” Goidel said. “Because of the pandemic, we did a lot of things in Texas to ease voting, to make it easier for people to vote.”

Goidel added that as a result, the higher turnout raised some questions about how secure the elections were.

First question for y’all, have you heard about it/no anything about #SB7?

He said a lot of those questions were raised by former President Donald Trump.

“He believed the elections were unfair and he lost in part because of illegal votes,” Goidel said.

If no additional measures are added, this is what the bill will do:

SB 7’s prohibition on sending vote-by-mail applications to voters who haven’t requested them comes after a pandemic-era election that saw a significant increase in votes cast by mail as voters tried to keep safe from COVID-19.

We will continue to monitor the process of this bill, please continue to check our website for updates.