A Grimes County Sheriff's deputy was getting off of work Thursday night when he saw a family having a water balloon fight. He decided to get in on all of the fun. 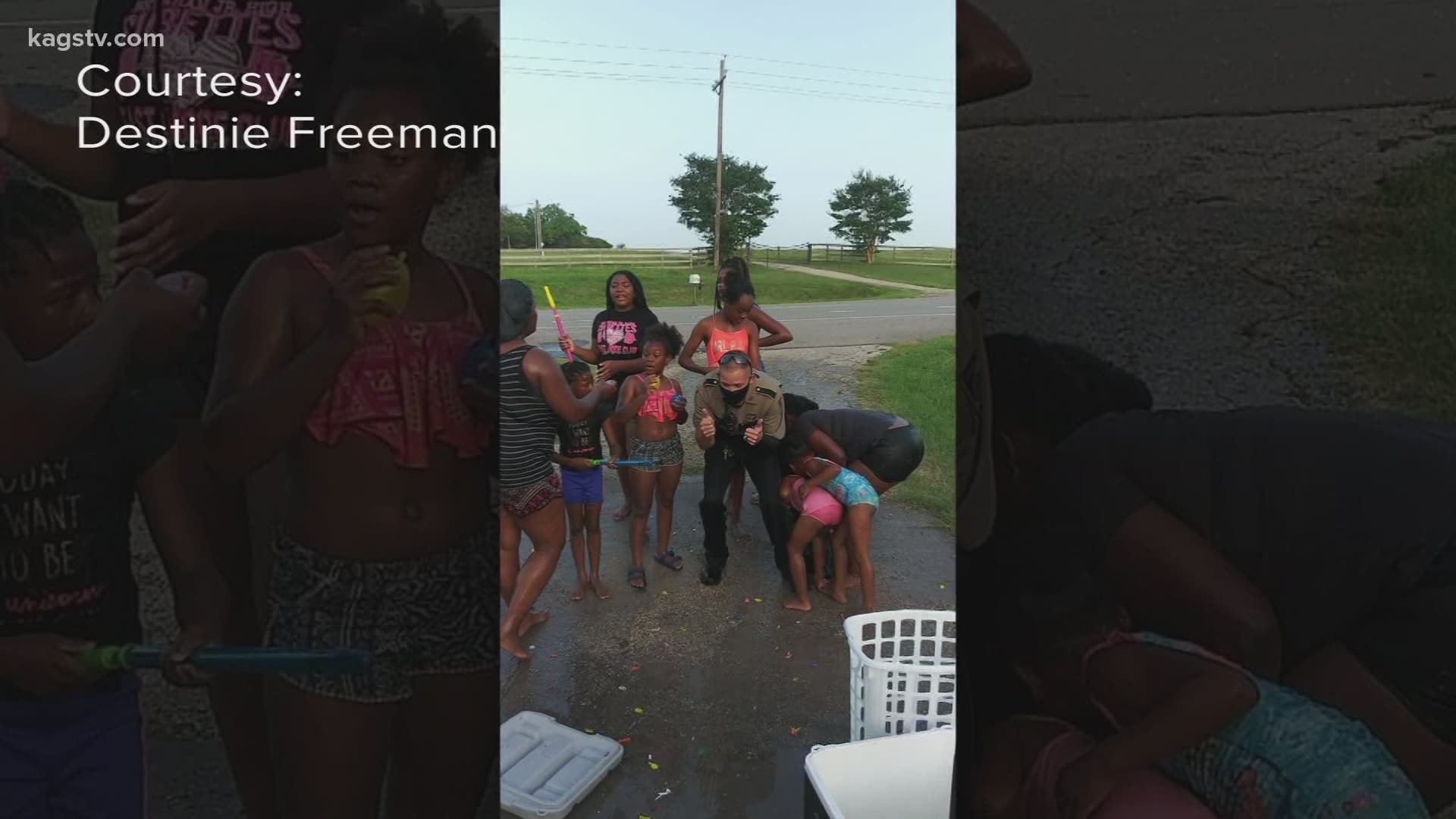 NAVASOTA, Texas — A Navasota family was having fun outside when a surprise guest crashed their water balloon fight Thursday.

Grimes County Sheriff's deputy Cody Crutchfield was getting off of work when he saw Destinie Freeman and her kids playing with water balloons. He pulled up to Freeman's house because he wanted to get in on all of the fun.

Freeman said when she and her kids first saw Crutchfield they thought they were in trouble. He immediately clarified he was there to hang out with the kids and join in on the water balloon fight.

Video going around on Facebook shows the kids teaming up on Crutchfield to get him soaked.

Both the kids and Crutchfield said they are happy to have had this experience together.

"To me, that's what I'm there for," Crutchfield said. "I'm there to protect and serve and everything else, but my main goal is to have that positive influence on a child's life. To make it where if they do have an interaction with law enforcement they have a good one."

Crutchfield is a school resource officer at an elementary school in Grimes County. One of his favorite parts about the job is being able to connect with the community around him.

"I love kids and it's always what I wanted to do," Crutchfield said. "I love interacting with them. It is the positive influences that make me want to do what I do.

Crutchfield said the kids may have won the water balloon fight this time around, but next time he plans on bringing more balloons and back up so it will be a more even match.

"I'm just happy that he stopped by and the kids enjoyed it," said Freeman. "We need more people like that in the world."