Does thinking about all the back and forth surrounding the power grid give you a headache? For some North Texans, one solution is solar energy. 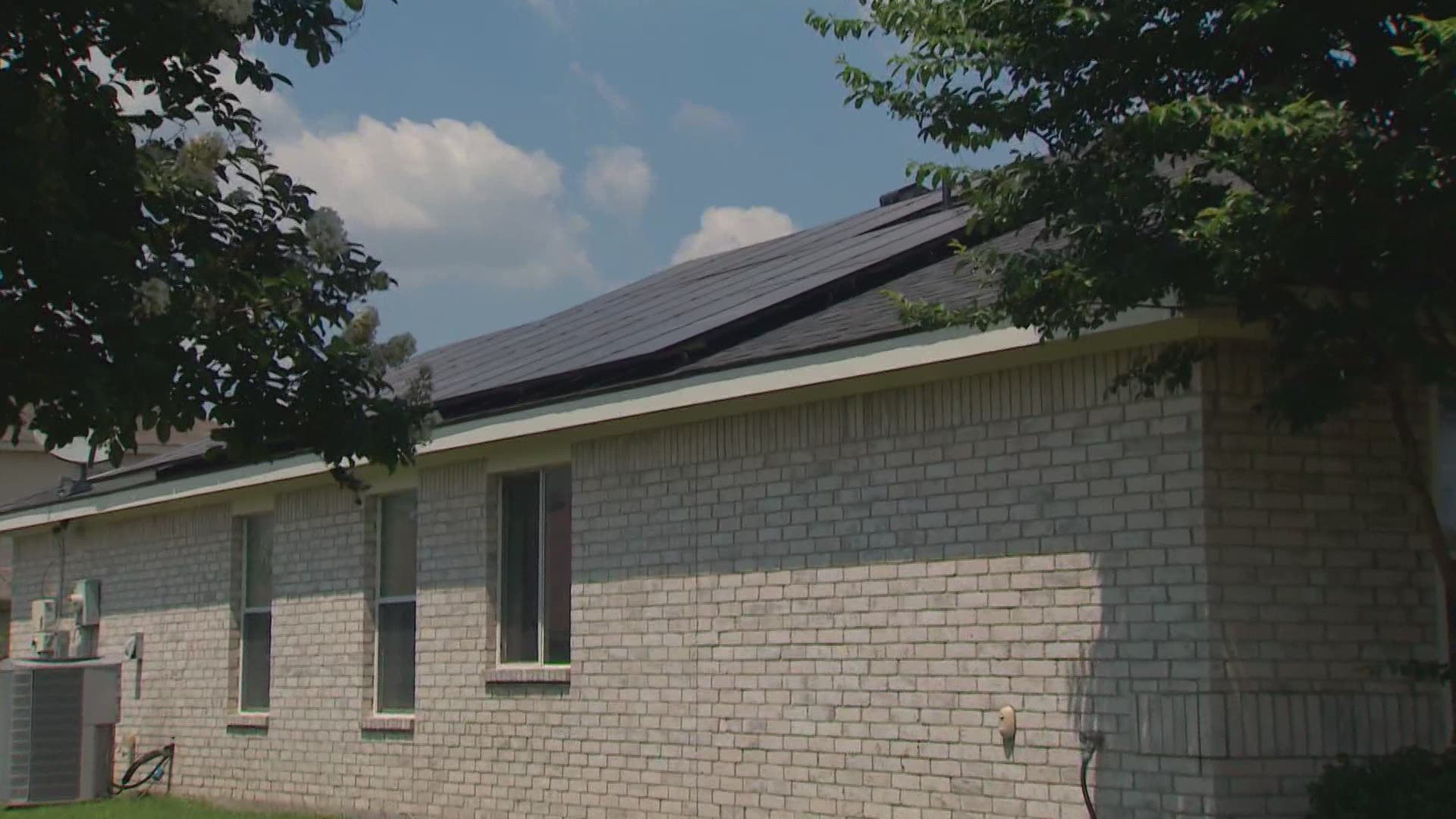 LANCASTER, Texas — Does thinking about all the back and forth surrounding the power grid give you a headache?

For some North Texans, one solution is turning to another source of energy, such as solar energy.

In fact, companies that install solar panels told WFAA their phone lines have been busy since the historic February winter storm.

Bryson Fowler is a general contractor with Fowler Construction and Roofing, which has a subdivision that installs solar panels.

“There’s a lot more recognition and a lot more interest in it after the recent storm in February that hit. With the rolling blackouts and loss of power to a lot of our residential homes, lot of people were looking for a different solution that will help them keep power and not be so dependent upon the electric companies,” said Fowler.

On Monday, ERCOT asked Texans to reduce their electric use as much as possible for the rest of the week as more plants were offline than typically expected, according to ERCOT.

RELATED: Monday saw an all-time record for power usage in Texas in the month of June, ERCOT officials say

Brittany Randolph had solar panels installed on her Lancaster home by Fowler’s company back in March.

“We decided that this would be something that would be great and then hearing (ERCOT’s announcement), it was like, phew, well that’s one thing we don’t have to worry about,” said Randolph.

In addition to peace of mind, Randolph said the solar panels provide added benefits, too.

“Being a realtor and wanting to make sure my investment property was definitely marketable, I wanted to do something that would give us some clean energy, but would also be great on our pockets as well being the homeowners,” Randolph said. “Last month, my electric bill was like -$4.36.”

Energy experts are noticing this trend, too: homeowners are looking for alternative sources of energy in order to avoid confusion and fatigue with problems associated with the power grid.

“I get it, everybody should be frustrated by it. This should not be happening, especially so early in the in the hot season. It's not even officially summer yet,” said Doug Lewin.

Lewin is an independent energy consultant out of Austin. He’s also the president of Stoic Energy.

“We have not done what we need to do yet to harness that resource, which is reducing demand when it's at its peak,” Lewin said. “We really don't do much as a state and that needs to be addressed too.”

Installing solar energy panels is one way to take advantage of alternative energy. But it doesn’t fit into everyone’s budget.

So what’s another affordable option?

“That is a great question,” Lewin said. “People should absolutely talk to their policymakers and demand better."

That includes reaching out to your local government.

“If there are outages, we should be able to get everybody to a cooling center and keep somebody safe. And that's largely a local government responsibility,” said Lewin.