For the second day in a row, the major airline says technical problems cascaded into flight disruptions. 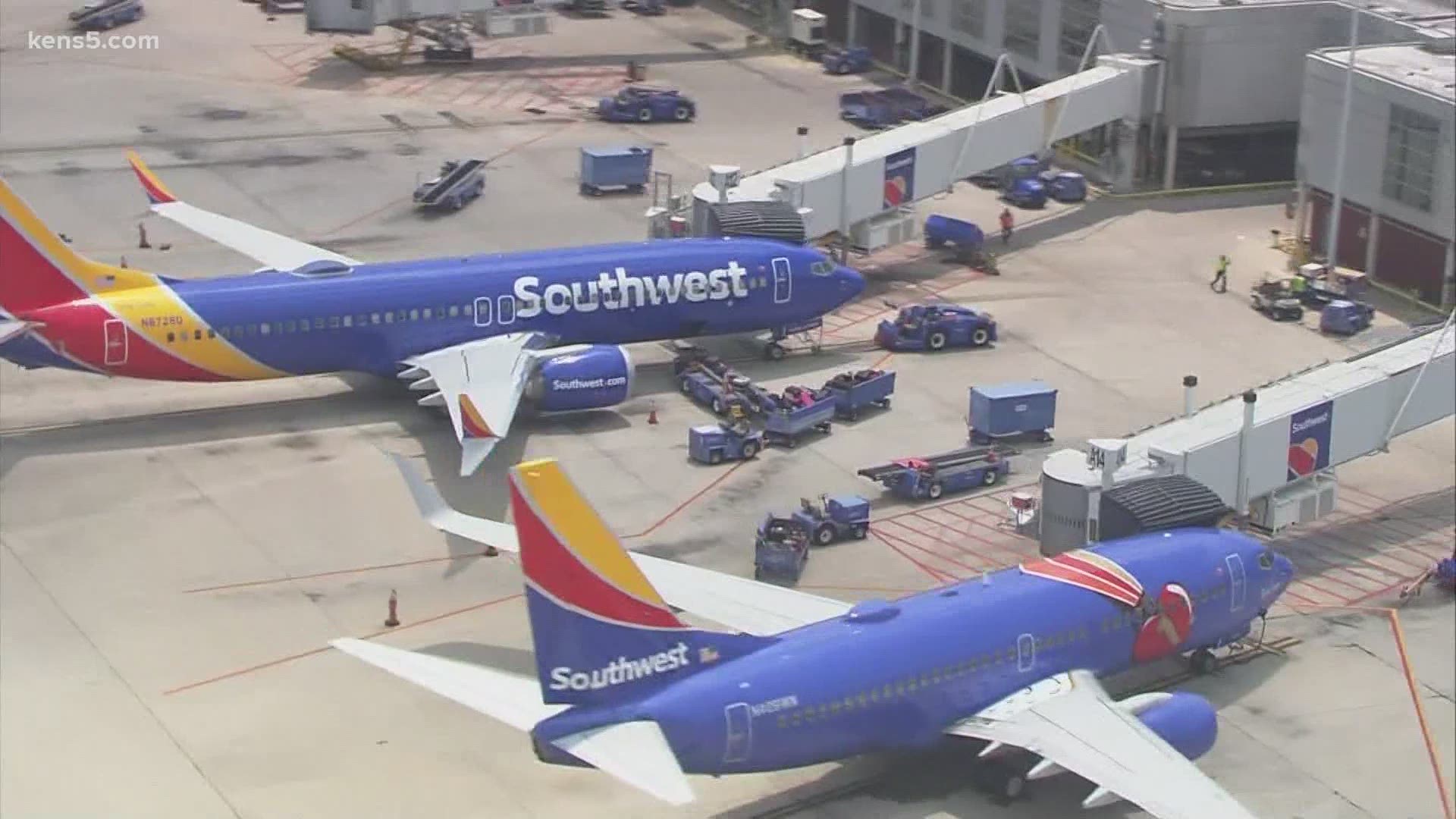 Upon the airline's request, the Federal Aviation Administration grounded all Southwest flights for at least an hour.

The move delayed a number of flights, including at least 10 arriving to or departing from the San Antonio International Airport.

It's the second day in a row the airline experienced technical problems. On Monday, it blamed a third-party provider of weather data for flight delays across the country.

"We went to check in and (the attendant) said, 'You can't get to Philadelphia,'" Kathee Smith said. She'll extend her tour of Texas, which placed her in Austin during a mass shooting, and stay overnight in a San Antonio hotel.

"There was one seat on one flight and I'm staying overnight here," she said. "They're getting me from Nashville to Baltimore, and then I'm on my own...Not the ideal ending, but I love Texas."

DEVELOPING - Several @SouthwestAir flights were canceled today due to technical issues, so get to San Antonio International early if you have a flight. This is what it looked like at 3pm at the ticket counter. #kens5eyewitness pic.twitter.com/8fqwzm6zWl

Royan Miller and Eddy Tyannikov sat on San Antonio International Airport's floor as Southwest workers looked for a hotel for the couple in Phoenix.

The airline cancelled its connecting flight from Phoenix to their home, Sacramento.

"I work with computers and I get it - sometimes they just stop working," Tyannikov said. "I mean, what are you going to do?"

Southwest says anyone wanting to make changes to their reservations in light of the technical issues can do so here.

"Obviously we have to skip a day of work and such, but it's not the end of the world," Miller said. "We get to see a new city."

This is a developing story. Check back with KENS5.com for updates.