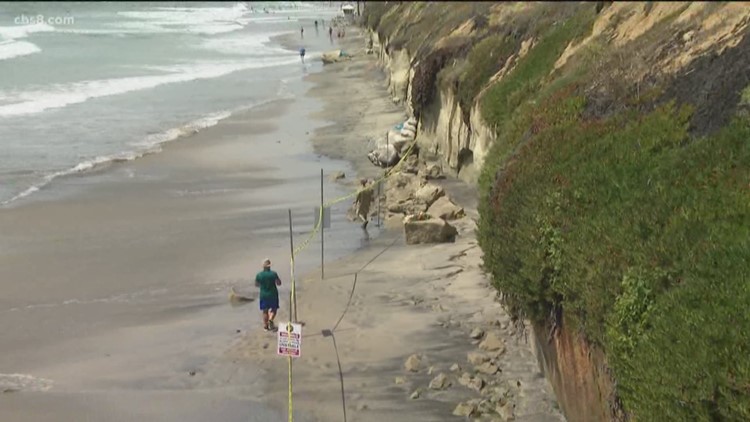 ENCINITAS, Calif. — A state senator, reacting to the deaths of three women killed when a multi-ton section of sea bluff collapsed onto them at Grandview Beach in Leucadia, called on federal and state agencies to fund and complete bluff stabilization projects along the coast in San Diego County and the state as a whole.

Bates called on Acting OMB Director Russell Vought to approve a funding request from the U.S. Army Corps of Engineers to complete a storm- damaged bluff stabilization project in Encinitas and Solana Beach. She also endorsed Sens. Kamala Harris and Dianne Feinstein and Rep. Mike Levin, D- Oceanside, in their effort to get the funding approved.

"While there is no silver bullet in strengthening our coast against further erosion, I believe we should consider every option that can help," Bates said. "Having more federal funds will be welcome, but so will giving communities flexibility to respond to local threats."

"Every level of government should work together to protect our coast," Bates said.

When the section of cliff sloughed off the bluff at an Leucadia beach, a popular surfing site in Encinitas shortly before 3 p.m. that Friday, the victims were buried in a roughly 25- by 30-foot earthen pile.

Charles, a San Francisco resident, died at the scene, and the other two victims, who lived in Encinitas, died at hospitals.

Following an overnight closure, Encinitas city officials reopened the beach off Neptune Avenue with signs posted to the north and south of the site of the triple fatality advising the public to keep out of the "active area" and recommended that beachgoers "avoid areas near or under the bluffs and keep a recommended safe distance of 25 to 40 feet."