I Heart Mac and Cheese started posting honest messages of struggle in Facebook groups. Owner is seeing a lot of support from community. 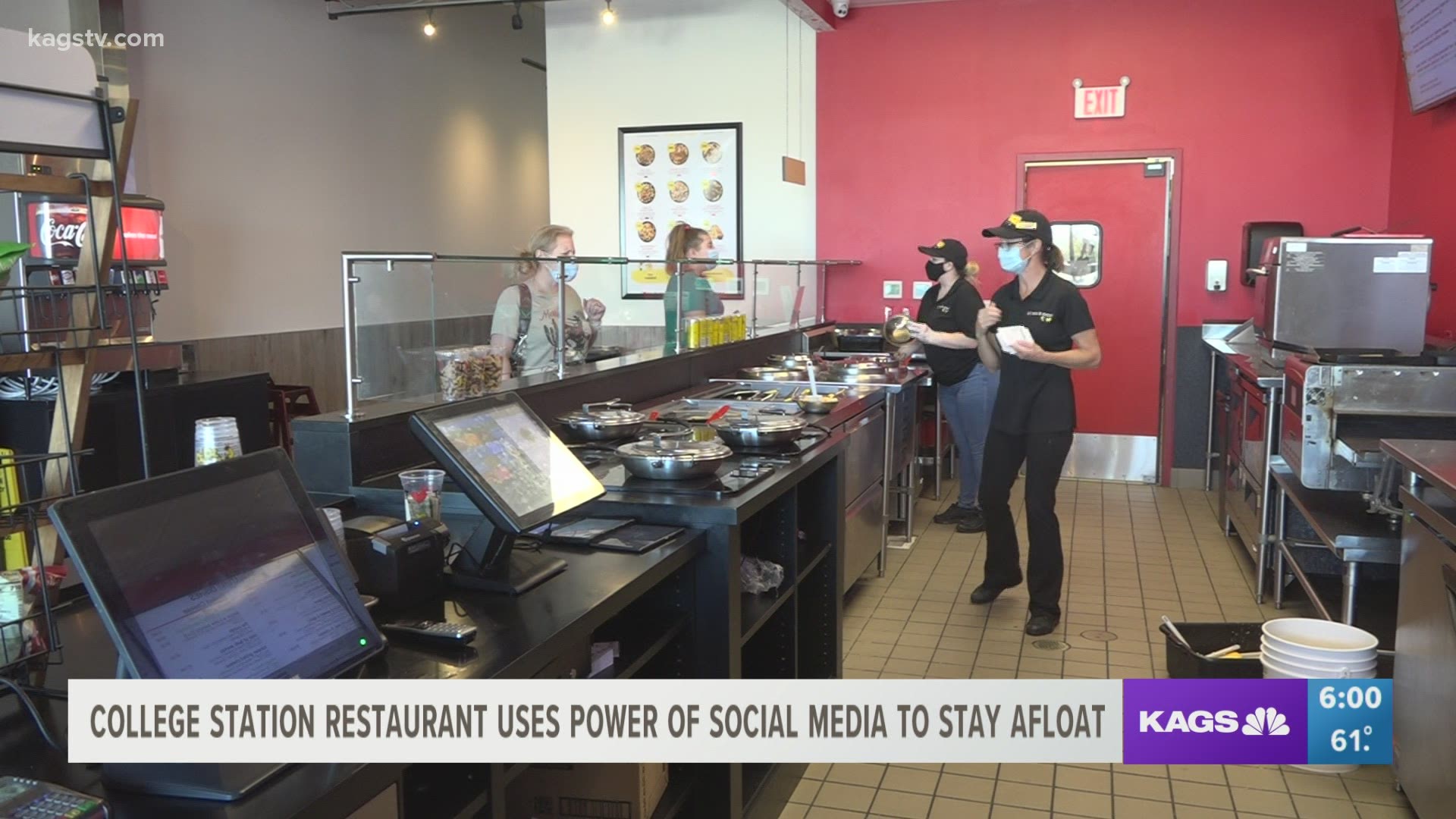 COLLEGE STATION, Texas — A College Station restaurant is holding out hope during the pandemic by using the power of social media to help get through a rough spot.

I Heart Mac and Cheese at Jones Crossing in College Station opened their first location right before the COVID-19 pandemic hit.

"We didn’t put that in our business plan," said Laura Livingston, the owner of I Heart Mac and Cheese.

Livingston said the restaurant saw great numbers of customers at the beginning of its opening, but things quickly took a turn.

“We have just struggled this entire time like so many other restaurants in the community," Livingston said.

Throughout the summer, Livingston was going back and forth about opening a second location in town at Century Square. She had already signed a lease for the new location and needed to pay rent.

Livingston thought things were starting to look up.

"There was going to be a football season, people felt that we had turned a corner with the pandemic and things we’re going to be OK," Livingston said. "Then of course as everybody knows, [numbers] went back on a rise.”

Because there were not the usual sales bumps around the community that typically come from Texas A&M football games, I Heart Mac and Cheese’s Century Square location wasn’t making a lot of profit.

That and other factors caused Livingston to temporarily close the location.

“Businesses owners in this community know that December is our slowest month," Livingston said. "We really hope and pray that we can open back up in January, it depends on how well the jones crossing location does.”

Desperate, Livingston took to social media to ask for help from the community. She made several posts in a Facebook group called 'BCS Meals and Deals.' Livingston even started to notice others were posting about her restaurant on the page.

Since utilizing the group's page, Livingston has seen a big uptick in customers just in the past week. I Heart Mac and Cheese even had one of their biggest sales nights in recent memory Monday.

Because Mondays were generally slower nights the restaurant only two people working- both managers. Neither expected the number of customers to come in.

After sending off the final customer of the day, the two managers were wiped out. Surveillance camera footage shows one manager falls to his knees in exhaustion after closing the door.

"It was just one of those nights, but in a way that they were excited," Livingston said.

Livingston said the managers knew if numbers continued like that night, the restaurant would be able to bring back furloughed employees. She said it gives her a positive outlook for the future.

Livingston wants the community to know it is not just her restaurant hurting right now. She asks people to help local businesses in anyway they can just so they can keep their doors open.