The 19-year-old driver took out two light poles before driving through the school's fence and destroying part of the playground, police said. 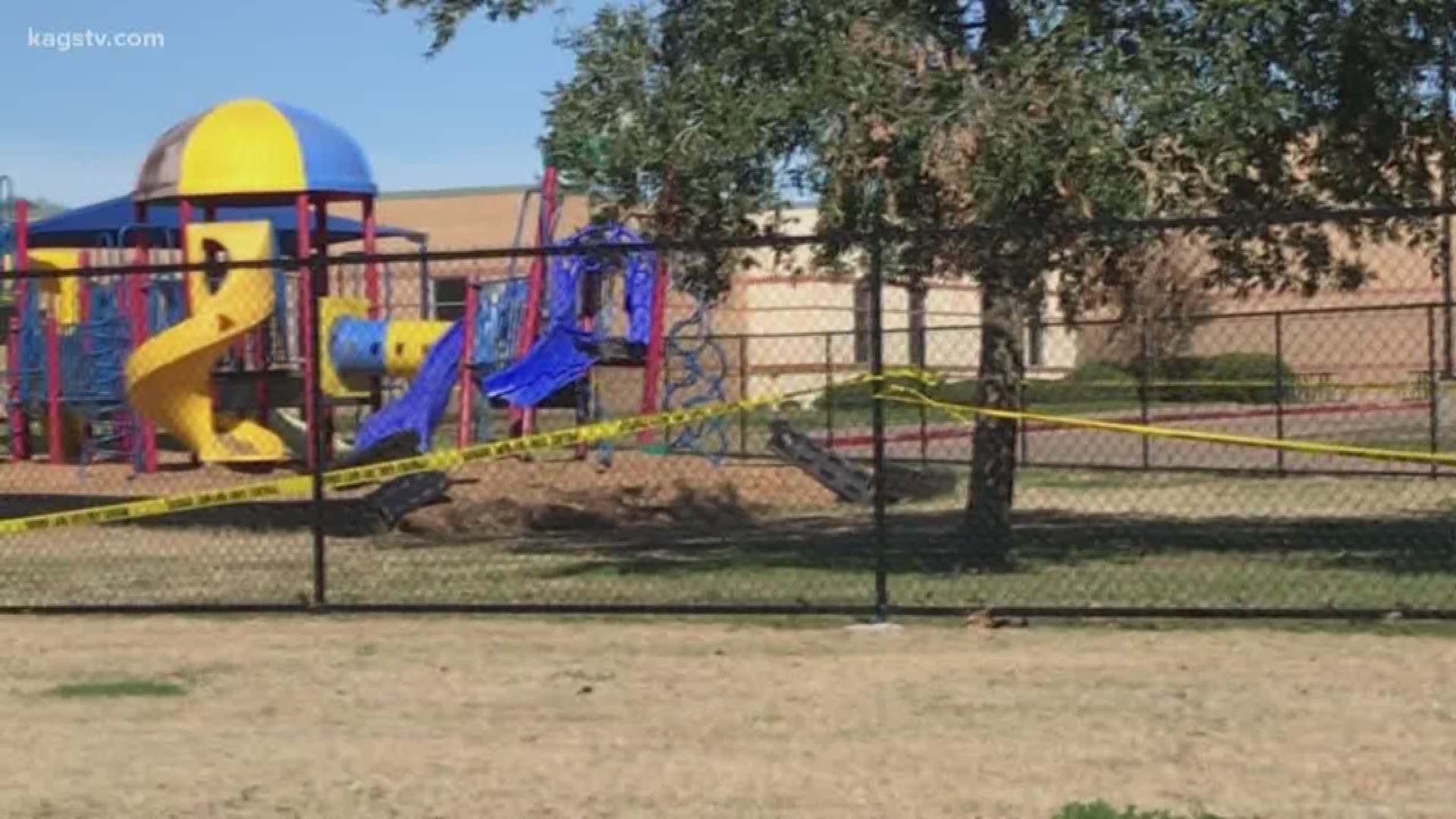 BRYAN, Texas — When Bonham Elementary's students return from Thanksgiving break, they'll have one less playground to play on for awhile.

A suspected drunk driver crashed through the school playground's fence and into the equipment, leaving one of the slides a mangled mess.

Roberto Edmundo Garcia, 19, of Bryan, has been arrested and charged with DWI. Garcia took a breathalyzer at the scene and his BAC was .158, according to court documents.

Just after 2 a.m. Sunday morning, two Bryan police officers arrived on the 2800 block of Old Hearne Road after someone reported a car crash. Officers said they saw two light poles knocked over in the middle of the street.

They said they followed tire tracks in the grass, which led them to the school's playground.  They said they saw the fence had been torn through and an SUV was smashed up against some playground equipment.

Garcia was standing next to the SUV and told police he had lost control of his car and that he had just come from the Northgate area, a popular bar scene, according to court documents. Garcia admitted to authorities he had been drinking and told them on a scale of one to ten of how drunk he thought he was, he said he ranked about a six and a half to seven, according to police.

RELATED: Woman charged with DWI; Told police she was drunk and should not be driving