Going the Distance: How Texas 4,000 plans to ride cancer off into the sunset 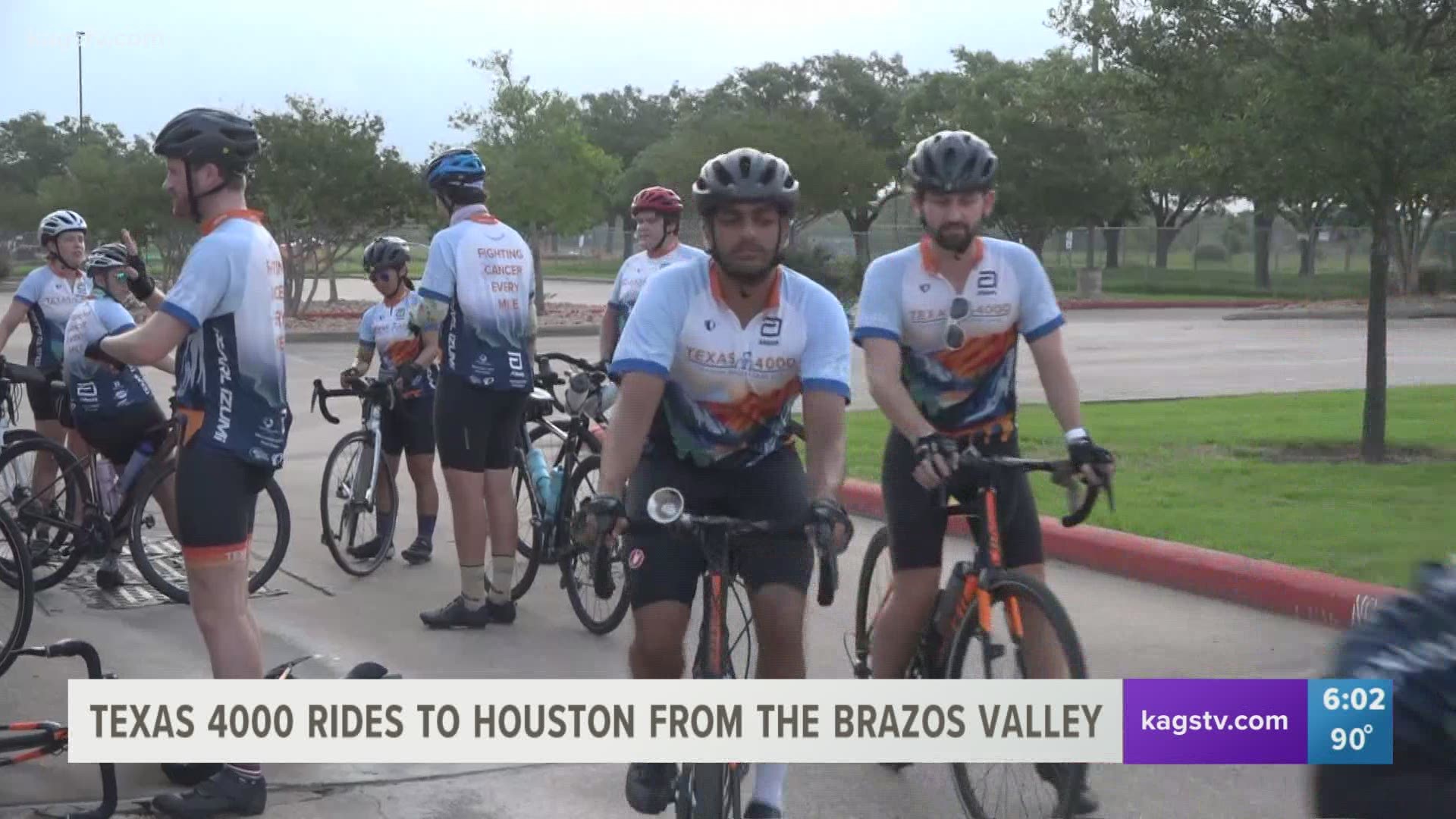 COLLEGE STATION, Texas — Since summer 2004, Texas 4000 participants bike around the country to spread hope, knowledge and charity to communities. Their overall mission: to bring cancer prevention awareness to the forefront and ask folks to get their own screening.

A recent graduate from the University of Texas and Smokey Mountains route rider, Karen Liu said usually they’d travel all the way to Alaska, but this year, things are different.

“Unfortunately, the Canadian border is closed to us [the U.S.] so we won’t be able to make it all the way to Alaska, but we’ll still be able to spread our mission to the lower 48 states,” Liu said.

In 70 days, they’ll travel 4 thousand miles across the country.

To prepare for this journey, Liu said each rider had to bike over 1,750 miles around the city of Austin.

“Obviously, there are some challenges along the way, but nothing is a greater challenge than the fight against cancer,” Liu said.

Schroeder said he’s hoping for good road conditions and as soon as they arrive, he’s getting some rest and relaxation.

“The first thing I’m looking forward to is probably air conditioning, maybe a big glass of water and just kind of relaxing tonight and getting settled in,” Schroeder said.

Both Liu and Schroeder said for them, this ride isn’t just to bring awareness to cancer prevention, it’s also to honor those they’ve lost.

“I ride for my mom and my grandma,” Liu said, “My mom is a breast cancer survivor and my grandma passed away from undiagnosed lung cancer, so that’s why I’m here today riding and carrying the mission forward.”

For Schroeder, the journey is also personal. Last year during the beginning of the pandemic, he lost his mother.

“I ride for my mom who we lost to colon cancer just over a year ago," Schroeder said. "It was during the virtual ride last year when she passed away, but then fortunately I was able to come back this year and join this team to do the Texas 4000 summer ride as I had originally intended to with all these amazing riders.”

Liu said each of the riders are looking to fundraise $4,500 which will go to grants, cancer research and support services.