Aggie Park will be 20-acres of green space that is expected for students to use for studying, relaxing and hosting events. 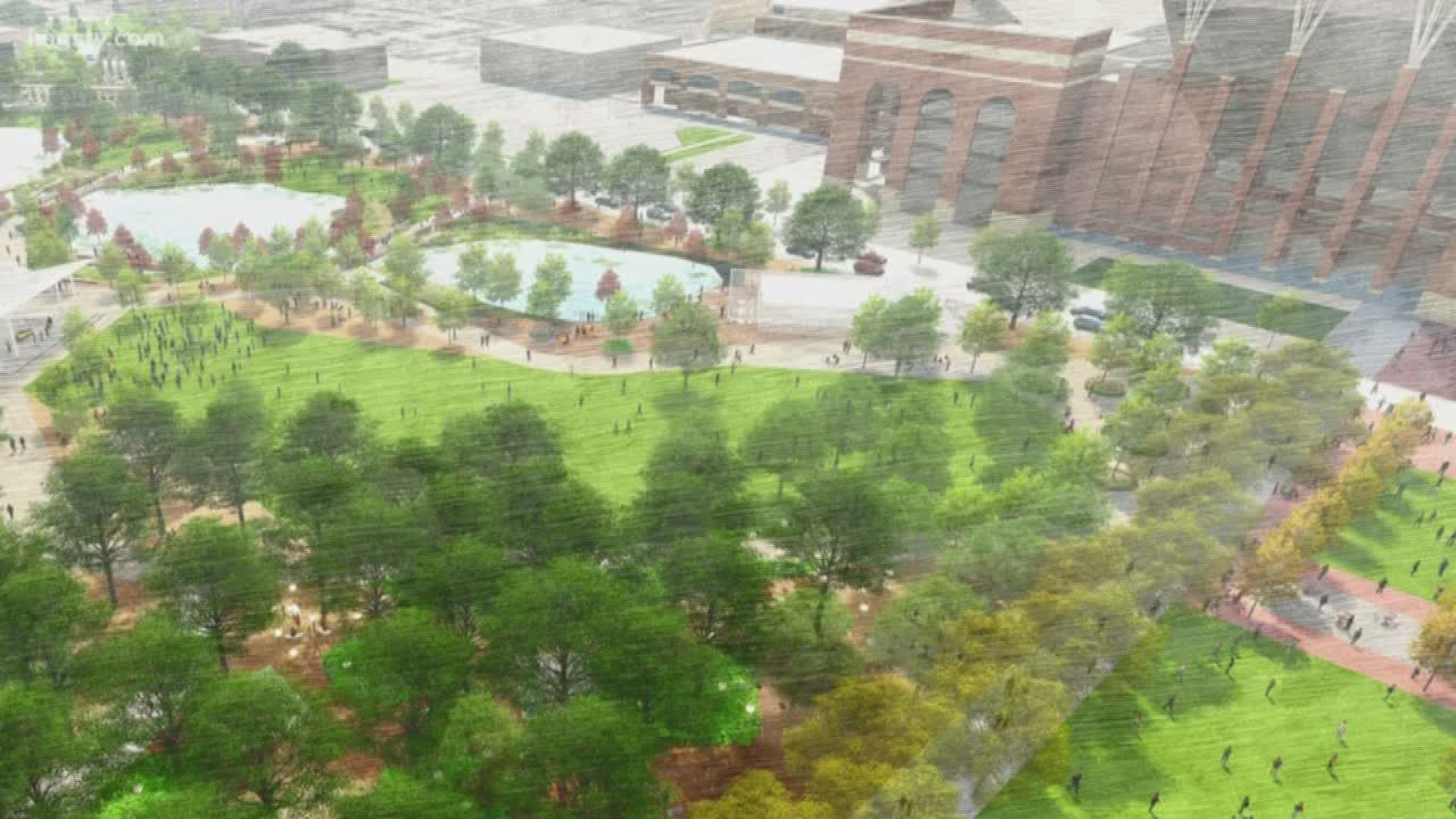 COLLEGE STATION, Texas — Texas A&M University will be breaking ground on a park redevelopment project that hopes to provide relaxation and entertainment space, not just for students but for the community.

Not only will it be a great place to study, relax and host events, but it will also provide improved accessibility and beauty to the Texas A&M campus.

"You're just going to see better utilization of the space," said Kathryn Greenwade, the vice president of communications and human resources at The Association of Former Students.

The green space has always been around, but Texas A&M said it wasn't a park that was living up to its full potential.

"I think when this project is finished people are going to look at this and say, 'Wow. Why didn't we do this sooner?'" Greenwade said.

Work will commence in March, beginning with the removal of One Circle Drive, an events space and former President’s Home. Key architectural elements of the house will be preserved for future use.

Greenwade, who is part of the Texas A&M class of '88, said a space like this would be something she would have loved to utilize when she was a student.

"I think providing more space for students together is going to be a great benefit to the campus," Greenwade said.

The Association of Former Students and the Texas A&M Foundation will raise the estimated $25 million needed to transform the park. Greenwade said the funds will be raised through private donors.

"We envision families having picnics, we envision students gathering, maybe even professors taking their classroom outdoors from time to time," Greenwade said.

A groundbreaking for the Aggie Park will be held Saturday at 11:30 am. The project is expected to be completed in Spring 2022.

Wednesday forecast for the Brazos Valley

Bryan man accused of stealing over $3,500 in panties and bras at Victoria's Secret