Because of the pandemic, the Association of Former Students at Texas A&M can't have hundreds of students in the building picking up Aggie Rings. 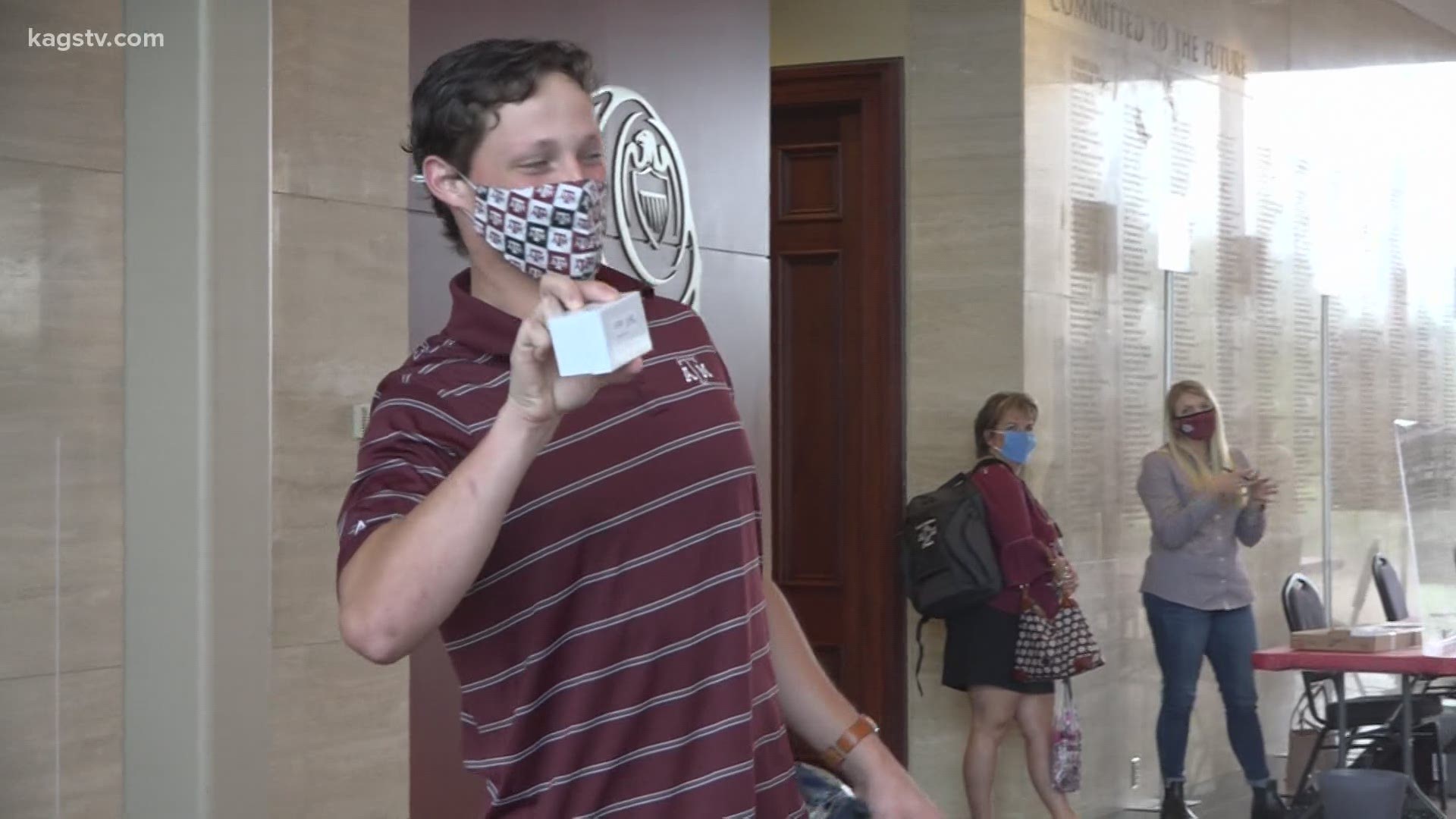 COLLEGE STATION, Texas — Even during a pandemic, Aggie traditions must go on. Aggie Ring Day is a rite of passage for Texas A&M students that signifies they have finished 90 hours of course work. However, in the spirit of 2020, the Association of Former Students at Texas A&M are putting on Aggie Ring Week.

“Despite the difference in the distribution process, the feeling has been just the same," said Kathryn Greenwade, the vice president for communications and human resources at the Association of Former Students.

Instead of about 100 Aggies coming in every 15 minutes to the Association of Former Students building on campus, about 100 students will come at the top of every hour for the next week. It gives staff a chance to clean and sanitize between each group.

Another change this year, only those who are receiving their ring will be allowed inside.

“What's different does not take away the excitement and overall the importance of having that Aggie Ring and being part of that Aggie story," said John Ryan Rodriguez, who is part of the class of 2021 and received his Aggie Ring Monday.

More than 4,800 students will pick up their rings this week.

Once they receive their hardware, they’re asked to head out of the building. But for many, the celebration doesn’t end there. Those first ring wearers will take pictures at the ring statue, have a ring presentation with family and friends and just celebrate the Aggie spirit.

“At the end of the day it was my dad who was presenting it, that just meant so much to me," said Sam Crockett, part of the class of 2022 and received his Aggie Ring Monday. "I know it’s going to be one of those moments that I remember for the rest of my life.”

Megan Ging is one of those thousands of students sporting a new ring on their hand this week. She is a fifth-generation Aggie, so this day is something she’s been waiting for pretty much her whole life.

Ging prefers the different take on Ring Day this year because it made the celebration more intimate and not so rushed.

“I actually took it back to the quad and met my family at the arches," Ging said. "We got to hang out and soak it all in before having to do the presentation, before taking pictures and everything.”

Whatever the pickup process might be, it doesn’t take away the connections it brings for Aggies everywhere.

“It's an embodiment of the Aggie family and the Aggie spirit," Ging said. "Aggies everywhere recognize each other through this ring.”

The Aggie Ring tradition dates back to 1889. About 15,000 Aggie Rings are purchased each year.

To the 4,800 Aggies who will receive their Aggie Rings this week: Congratulations from the Texas A&M Yell Leaders and all of us at The Association! 🎉 You worked hard and earned the most visible symbol of the worldwide Aggie Network, and we know you’ll wear it every day with pride!

Posted by The Association of Former Students on Friday, September 18, 2020