KAGS is recognizing Dr. Walter Haisler for his recent award by the Texas A&M Foundation and his work to provide a bright future for other aerospace Aggies. 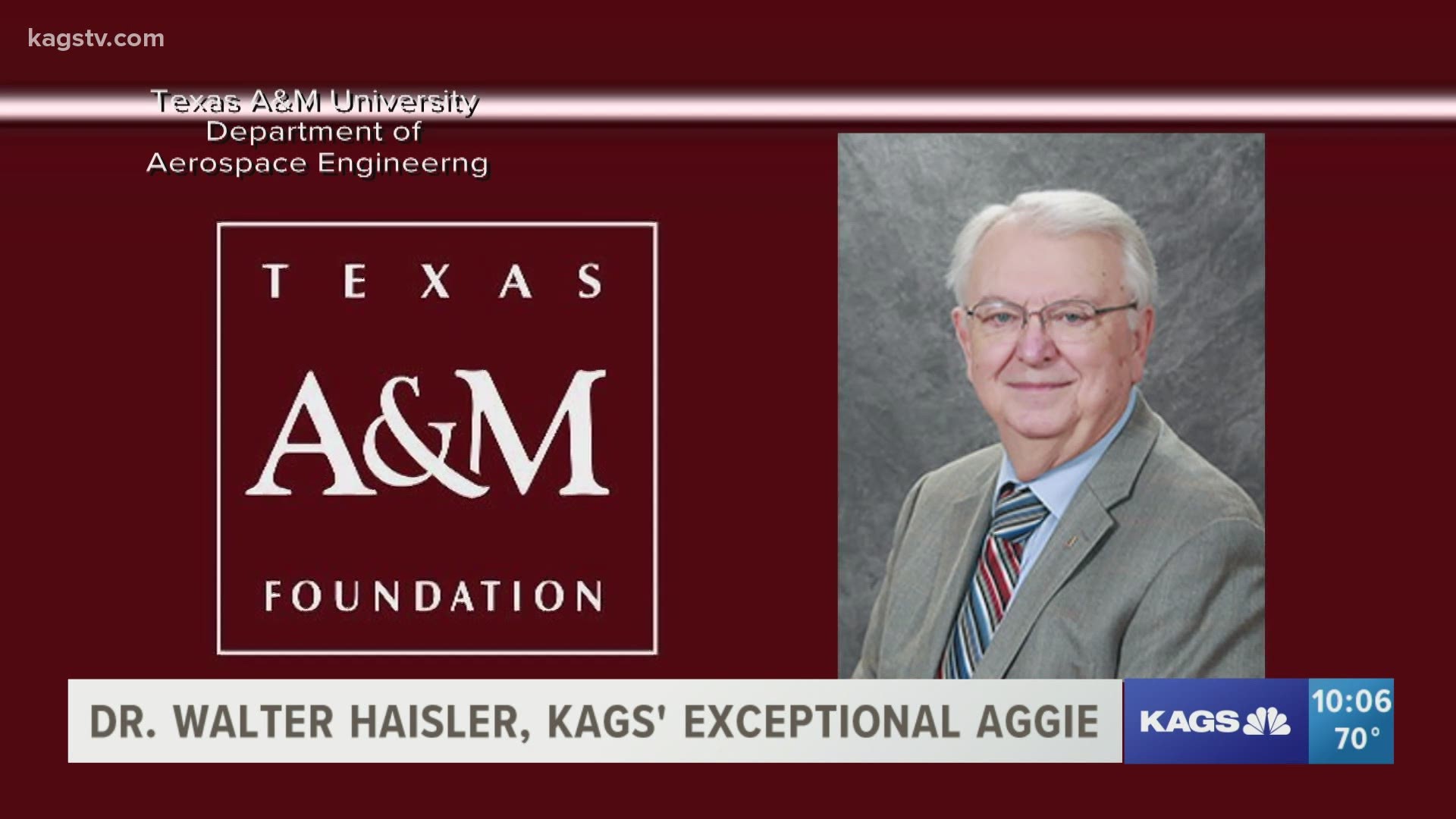 COLLEGE STATION, Texas — This KAGS Exceptional Aggie got his bachelor’s, master’s and Ph.D. from A&M in 1967-1970, then served as the head of the aerospace engineering department for 12 years in the late 80s-early 90s.

The Texas A&M Foundation chose Dr. Walter Haisler as a recipient of its 2020 Partner in Philanthropy award.

Dr. Haisler said he and his wife decided a long time ago to use the proceeds of their estate to do something with a long-lasting impact, so they created a scholarship endowment for aerospace engineering students.

“I would like to thank my wife because she’s been a big part of all of this,” Dr. Haisler said, “she’s supported me throughout my career and we decided some time ago that, together, we’d like to support the department through scholarships for undergraduates and most recently the award we’re making through our estate would create an endowed position for the department head.”

This week’s @KAGSnews Exceptional Aggie received his bachelors in 1967, his masters in 1968 and his Ph.D. in 1970 all from @TAMU.
•
Tonight on #KAGSNews at 10, find out why Dr. Walter Haisler is our Exceptional Aggie of the week!
•
Picture provided by the @TAMUAero. pic.twitter.com/6EZ24p0X6J

Dr. Haisler’s lifelong devotion to the University and the department of aerospace engineering is not only being recognized by the foundation but by his colleagues as well.

Dr. Junkins, who has known Fr. Haisler for 37 years, was recruited to work at A&M by dr. Haisler.

Dr. Junkins said Dr. Haisler might not have been the first aerospace department head, but he did lead the way for what the group is today.

“He is and ever since the word came to be, the father of the modern department,” Dr. Junkins said, “The growth under his tenure until the mid-90s was pretty phenomenal.”

During this growth came Dr. John Hurtando, a grad student at the time.

Dr. Hurtando came back to join the team as a junior faculty member in 2001 and said he started to interact with Dr. Haisler in a different way.