Gaines is a former State Senator, who fought for education rights for all Texans. 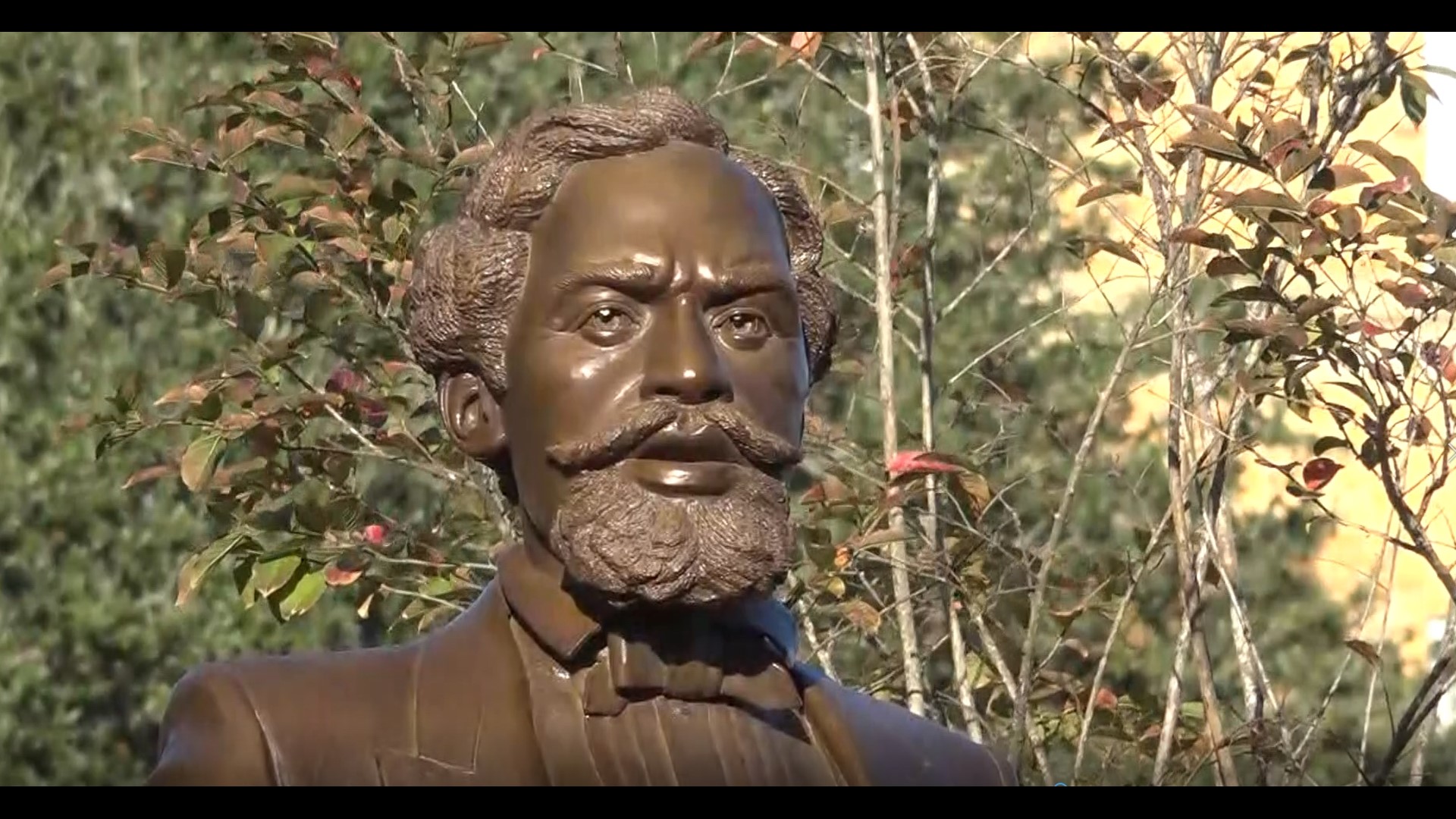 "One of the issues most important to Senator Gaines was public education," Interim Provost & Executive Vice President, Dr. Tim Scoot said. "He knew that a mind developed was a mind forever free."

"A society grows great when old people plant trees under whose shade they know they will never set," Vice-Chair of the Board of Regents, Bill Mahomes said.

Though senator Gaines, nor his children, nor is grandchildren were able to attend Texas A&M university his lasting impact in Aggieland will now be recognized for generations to come.

Gaines legacy is set in stone, but the fruits of his labor continue to grow and change the world for the better.

The moment we’ve all been waiting for! Watch @KAGSnews at 10 p.m. for the latest on this historic day for @TAMU pic.twitter.com/FdhsLO5m4O

Matthew Gaines was born on august 4, 1840 in Pineville, Louisiana. Being born into slavery Gaines was denied the right to an education, but he did not let that stop him. Gaines taught himself how to read by candlelight with smuggled books from a white friend.

After emancipation Gaines would settle in Washington county, Texas and establish himself as a leader of the Black community, both as a minister and politician. Knowing how valuable an education is he helped establish the first public school system for all Texans. He would also go one to become the first African-American state senator from Washington county.

His leadership was instrumental in assisting the 12th Texas legislature by taking full advantage of the Land-Grant College Act of 1862, also known as the Morrill Act, which created the Agricultural and Mechanical College of Texas, now Texas A&M University.

Tomorrow at 3 p.m. former Texas senator Matthew Gaines’ statute will be unveiled on Texas A&M’s campus. Gaines helped found what is now the university. For a deep dive into the history of Matthew Gaines head to @KAGSnews pic.twitter.com/f546LVni6K

"Because of a man like Matthew Gaines, it became a school that was historically speaking, set aside for all people, all Americans, all Texans," Blackmon said.

Gaines' work provided opportunities to thousands of formerly enslaved people, including farmers and the working class who were previously excluded from higher education for hundreds of years.

To encourage educational and religious groups to work toward educational improvement in their communities, Gaines sponsored a bill that called for exempting from taxation for those organizations. The bill would become law on June 12, 1871.

Former Harris County Judge Willie Blackmon was one of the first African American scholarship athletes at Texas A&M university. He says Gaines paved the way for not just people of color but for all people when it comes to education in the lone star state.

Matthew Gaines died in Giddings, Texas, on June 11, 1900. In 1998 students and staff started the process of honoring Gaines on campus, but it would take 23 years to come to fruition.

The statue will be placed in the center of Texas A&M's Campus for all to see. For a man who was denied the right to an education, it's only fitting he should overlook the heart of Aggieland and be right in the middle of it. 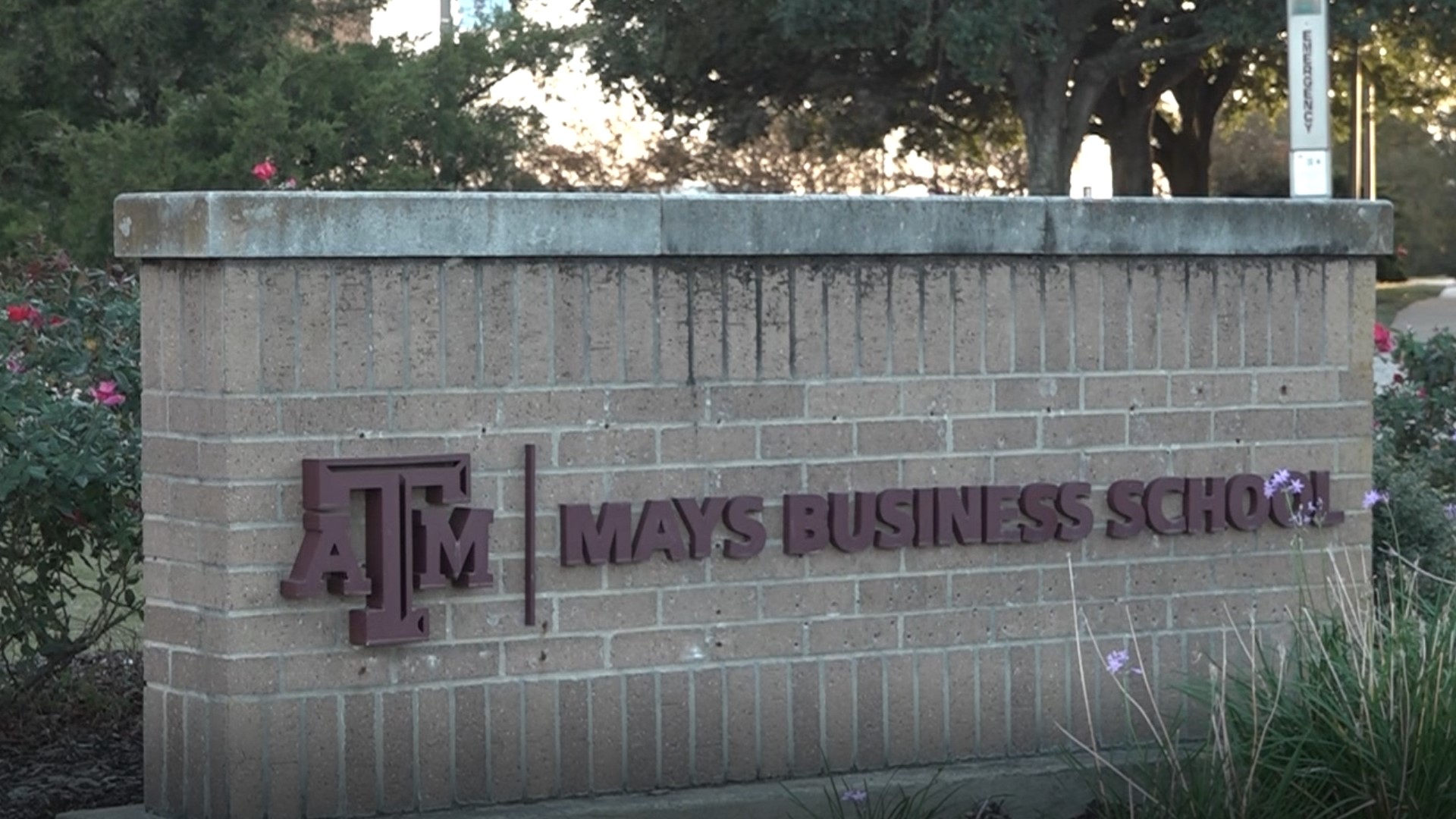