The three Aggie knew there were similar products in the market, but they wanted theirs to be more user-friendly. 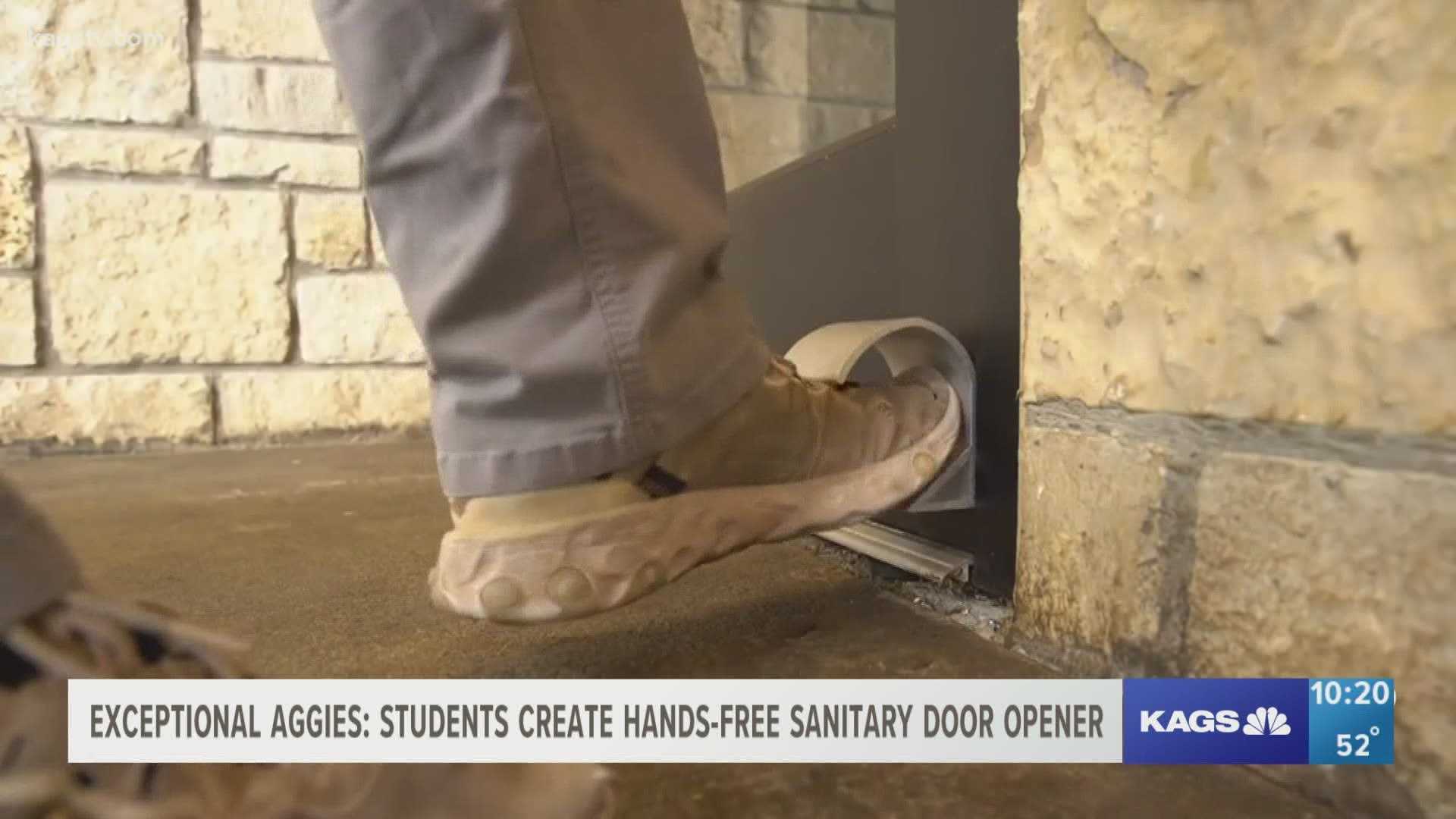 BRYAN, Texas — The COVID-19 pandemic has open the door wide for many entrepreneurs to come up with creative products to minimize contact and keep safety at the forefront.

“We think people should have the option to not use their hands when they’re in the restroom or entering a building," said Austin Burt, a co-founder the SanitaryPull and a junior at Texas A&M.

After just washing their hands at a gas station last May, three Texas A&M University students did not like the idea of having to grab a door handle that was used in such a public place. They thought about using their foot to open a door instead. Thus the SanitaryPull was created.

It is a hands-free door opener people use with their foot.

Burt along with the two other co-founders, Jorge Arroyo and Jack Cooper, recognize there are already similar products like their idea. They wanted their design to be different and more user-friendly.

“There are just little perks that we thought were crucial to having the upper advantage in the market," said Cooper, a senior at Texas A&M.

They said it’s easier to get a grip and to get your foot out of the device.

"Your foot is able to slide out on either side and not get stuck, so it reduces a tripping hazard," Cooper said.

The three students took about seven months perfecting the SanitaryPull. It is now being sold to businesses across the states of Texas, California and Tennessee.

The entrepreneurs hope their story shows other Texas A&M students looking to follow in their footsteps that all it takes is a little perseverance.

"It is an accomplishing feeling to have gotten so far," said Arroyo, a senior at A&M. "I would just say to be consistent in your ideas and your goals."

Burt, Arroyo and Cooper are currently developing other products that are related to the SanitaryPull.