The Aggie honor code has been part of TAMU for nearly 70 years and Tim Powers, Director of the AHSO said, holistically, that code is what Aggies strive for. 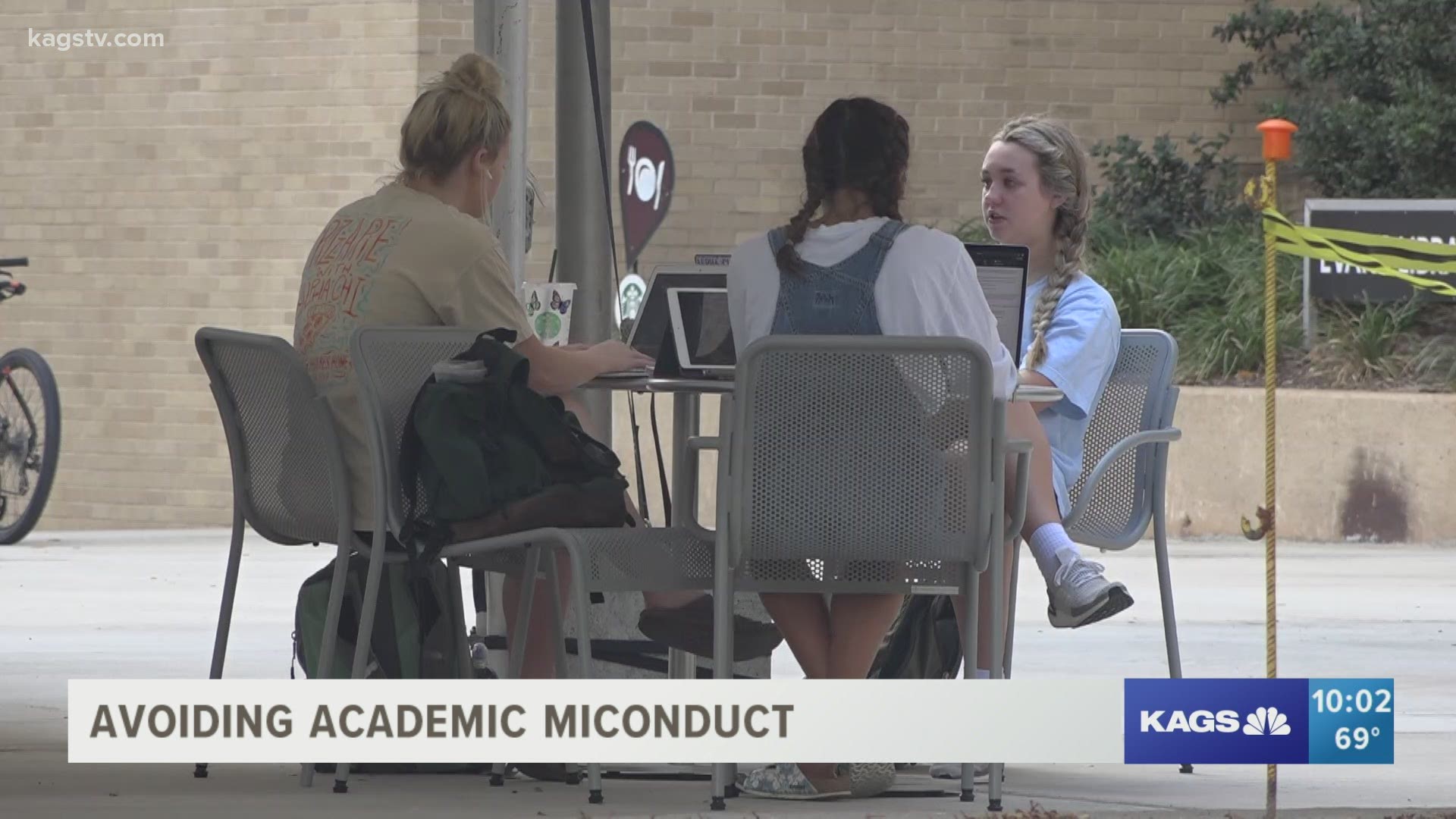 COLLEGE STATION, Texas — “An Aggie does not lie, cheat or steal or tolerate those who do,” that’s the Aggie honor code, but the Texas A&M Honor System Office reports the cases of academic misconduct has doubled since august 2020 to more than 13 hundred recorded instances.

“From an academic standpoint, our office was created in 2004 to help equip faculty to be successful as they navigate these allegations and to help students understand their rights and responsibilities too when it comes to upholding the aggie code of honor,” Powers said.

If the honor code is so embedded within the university’s faculty and students, why have recorded academic misconduct instances double in less than a years’ time?

In the Fall of 2020, KAGS first told you that a high number of students were under investigation for alleged cheating and using online study platforms where students may have been getting answers to tests.

Powers said the doubled recorded instances are due to the growth of online courses during the COVID-19 pandemic and the abuse of websites designed to facilitate learning.

To address this increase, Powers said the university is implementing proctoring groups to help monitor testing.

“But really one of the things, and this is reflective of some of the things [changes] we made since the Fall, particularly in January/February, was to just help faculty understand the difference between what they think are clear expectations and how students are interpreting some of those expectations,” Powers said.

Powers said there’s a number of consequences, varying in severity, that students who take part in academic misconduct can suffer, but thanks to his department and depending on the severity, students’ actions can be forgiven and forgotten if they participate in the AHSO’s Academic Integrity Development Program.